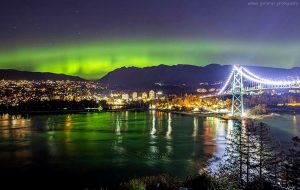 Well, 2021 was definitely not short of those moments that left us scratching our heads and a bit puzzled. As we close off a year full of unexpected weather, lockdowns, and a short-time return to normalcy, this seems like a good time to look back on some of those peculiar moments the year brought.

Here is our round up some of the top events that happened across Metro Vancouver in 2021 that made us all say “WTF?”

RELATED: This North Van Lake Has Frozen Over and People Are Playing Hockey 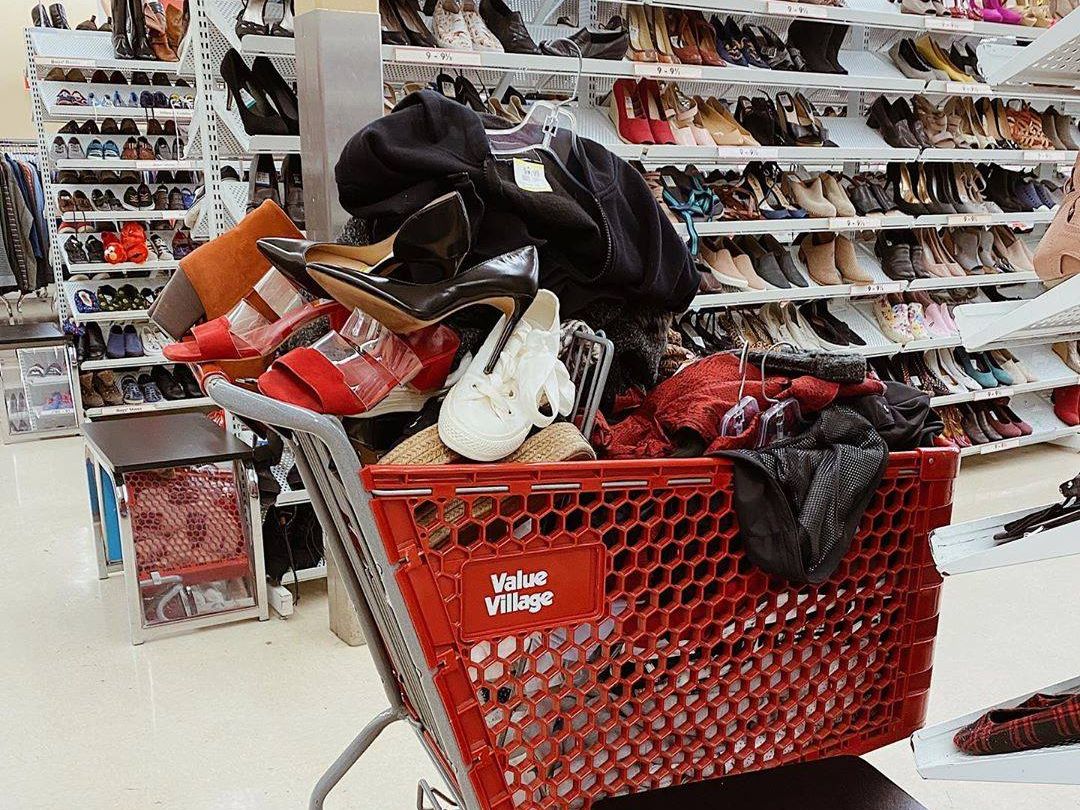 A Vancouver Value Village was surprised, to say the least, to find a donated bag containing a large amount of money. The donation contained documents, items and $85,000 in cash. The store worked with the police to get it back to the rightful owner.

Back Flips off of Cambie Bridge

Dangerous and called reckless, but it got a lot of attention. There is video of someone performing a stunt by doing a backflip off of the Cambie Street bridge, right above False Creek in Vancouver. Thankfully no one was hurt, but the police prohibits anyone from trying it.

Driving Up To a Non-Drive-Thru ATM 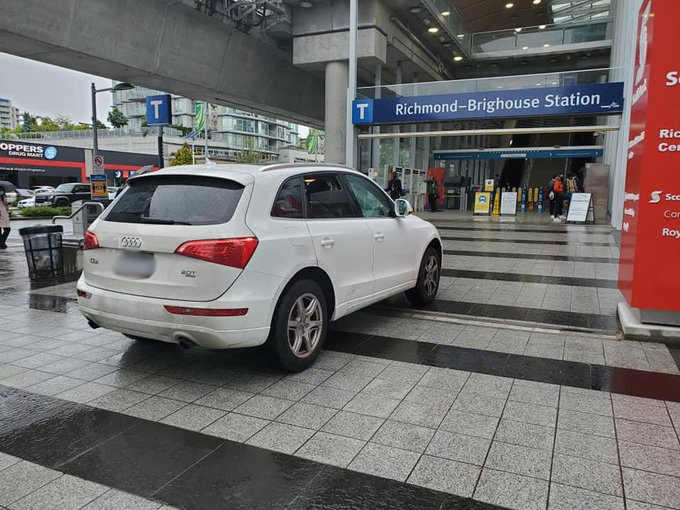 That was the case at a Richmond SkyTrain plaza when a driver decided to “pull-up” to use the bank machine. A woman ignored the “do not enter” signs and decided to driving onto a pedestrian only zone at the Richmond-Brighouse Station to use the ATM. 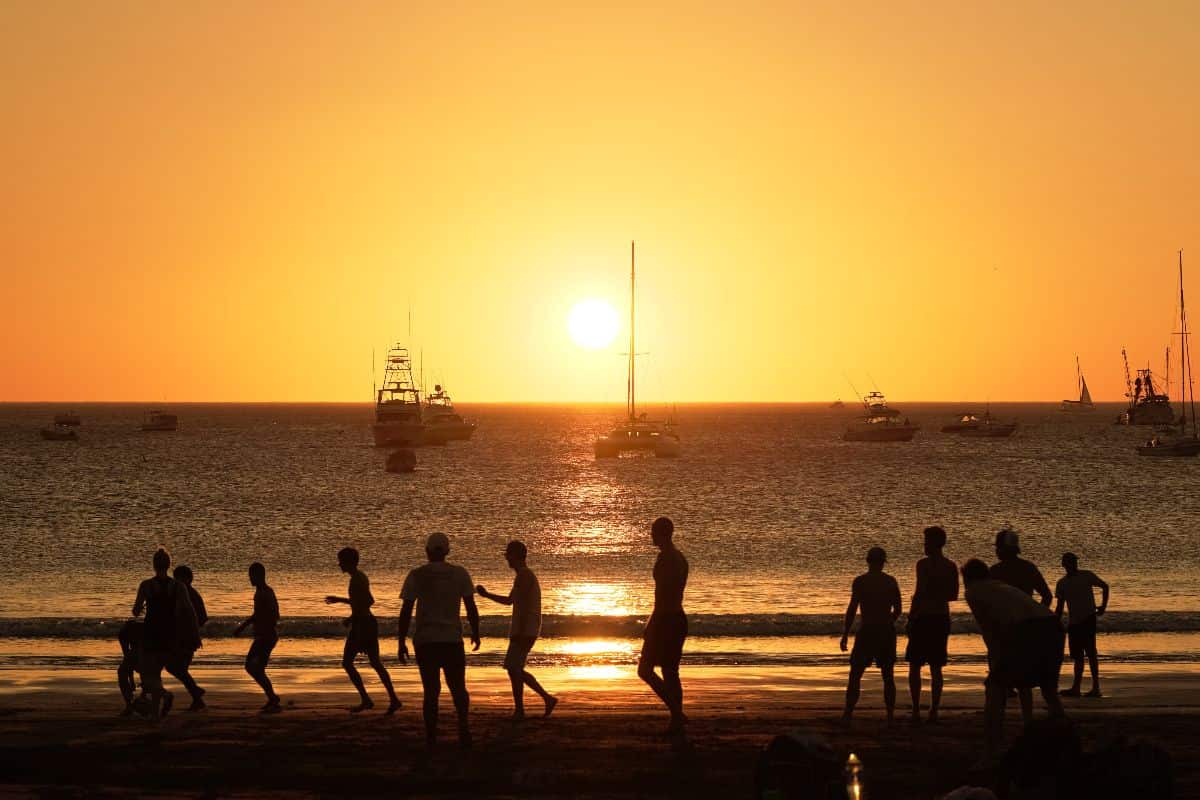 Though we look forward to summer every year, this year was a sweltering one. In June, temperatures hit record highs going up to the 40’s. This created a major heat dome that had everyone in Metro Vancouver rushing to buy air conditioning. 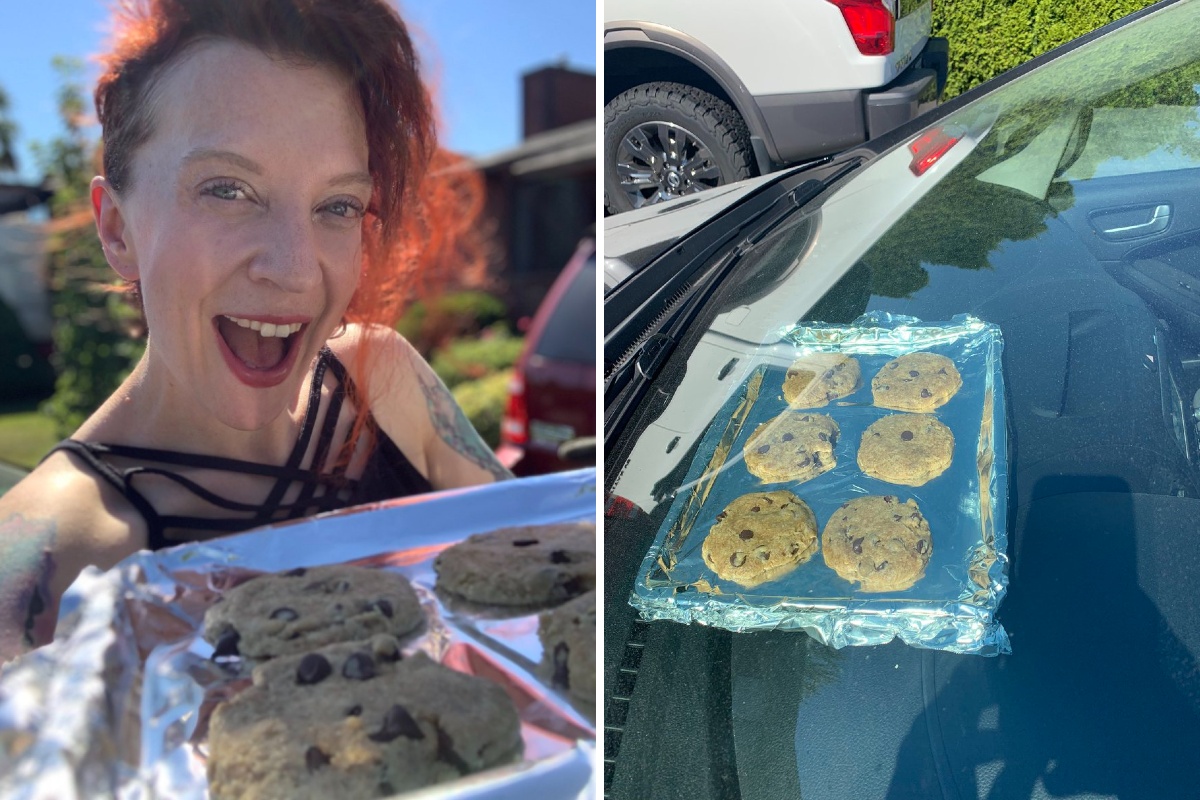 As a heat dome hit Metro Vancouver early this summer, everyone entered an unprecedented heatwave. A Maple Ridge resident decided that it was the perfect opportunity to give baking a try. Using a non-egg recipe, this lady baked cookies right outside on her car.

Stuck Between A Rock And A Hard Place 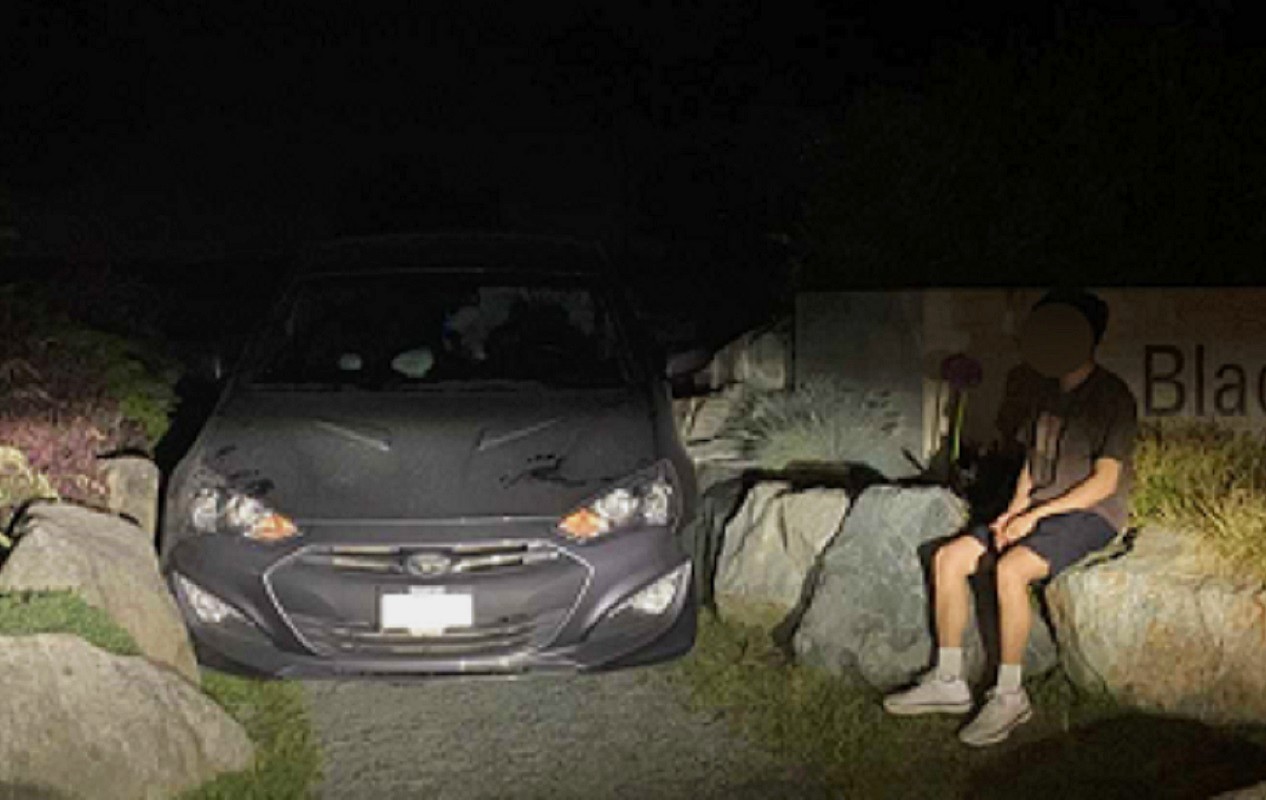 With surging cases, curfews were placed on night time gatherings in public spaces. However, Surrey RCMP were called to help in WhiteRock when a driver had left their car too long in the Blackie Spit parking lot, which is locked by 10 PM. He then attempted get his car out by driving it out through a passenger walkway. The result ended up being the car getting trapped between two boulders.

When a Happy Meal Goes Wrong 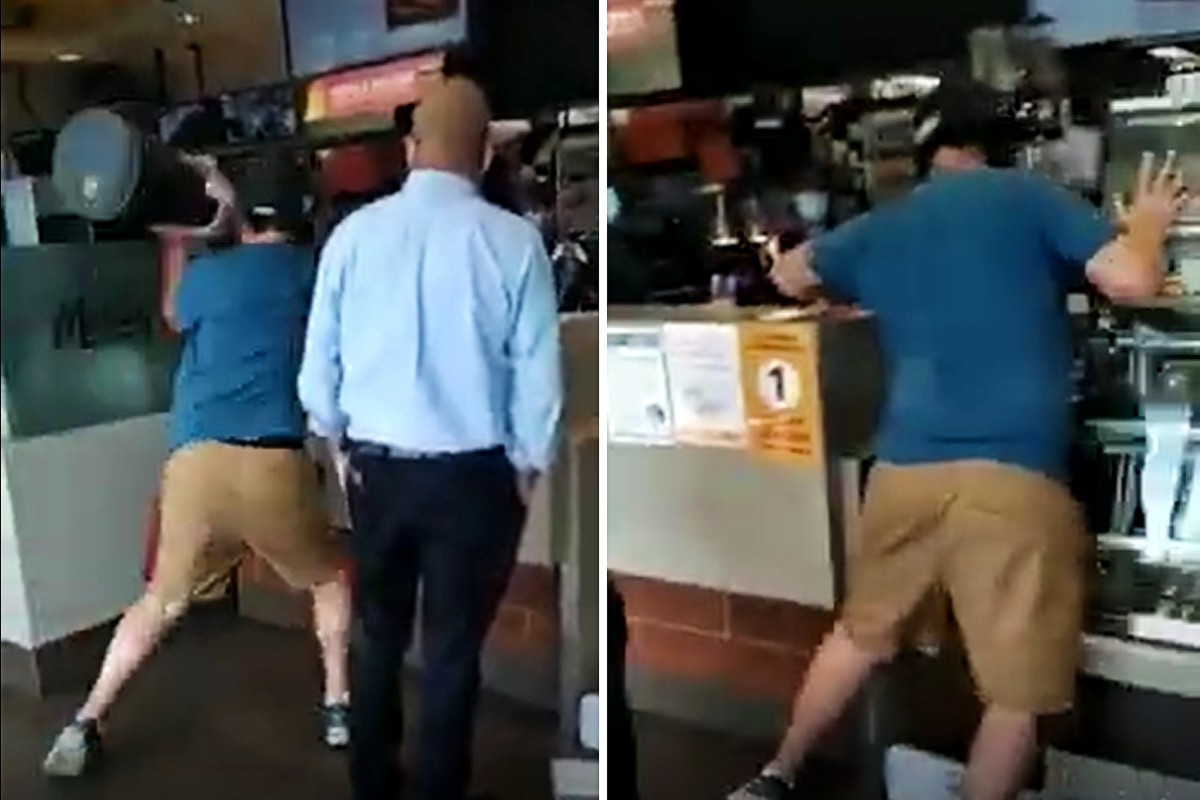 Proof that people were a bit on edge at times this year, a man was seen lashing out at McDonald’s staff, pushing over displays and throwing objects. Caught on video, the incident was circulated on social media. The customer was apparently irate due to an incorrect Happy Meal order.

A Beer Spill of Epic Proportions 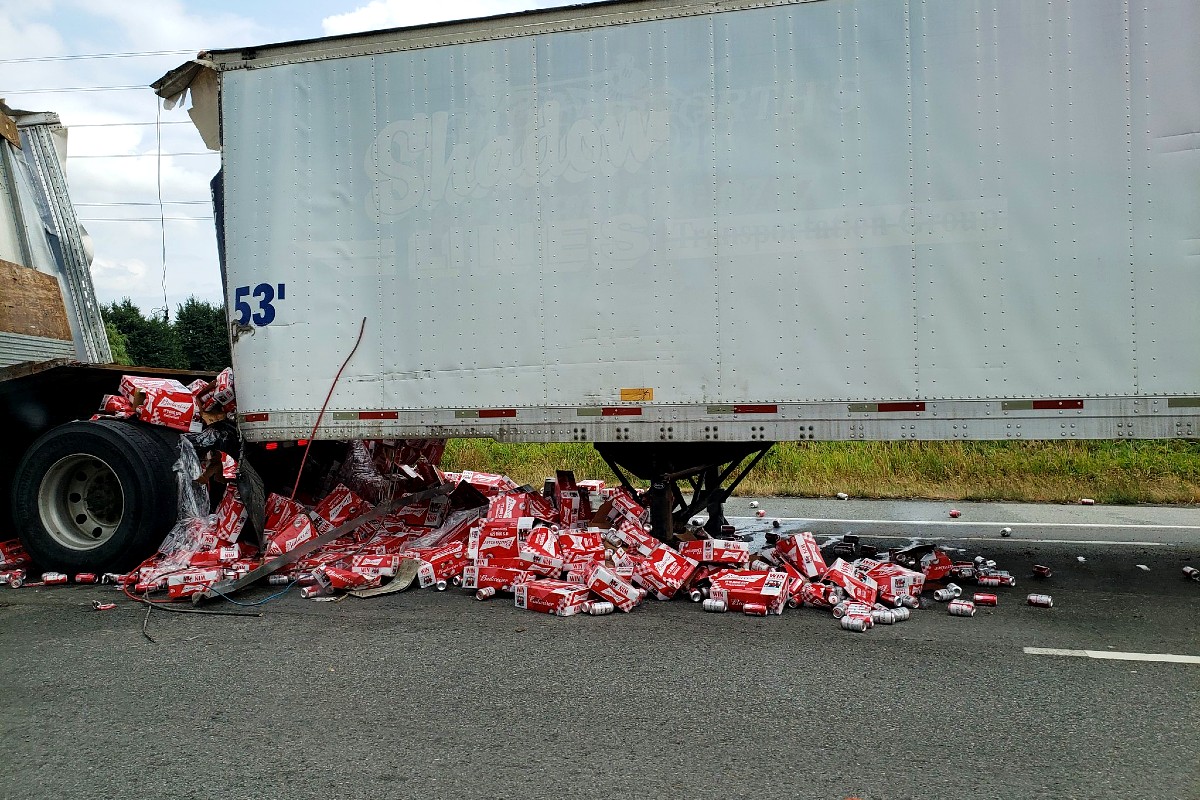 Traffic was at a stand still when hundreds of beer cans littered onto a street in Coquitlam. It was a sad sight for beer lovers, and an even worse one for driver as a semi truck trailer full of beer broke loose right off Lougheed Highway near Colony Farm Road.

Sharks in the Water 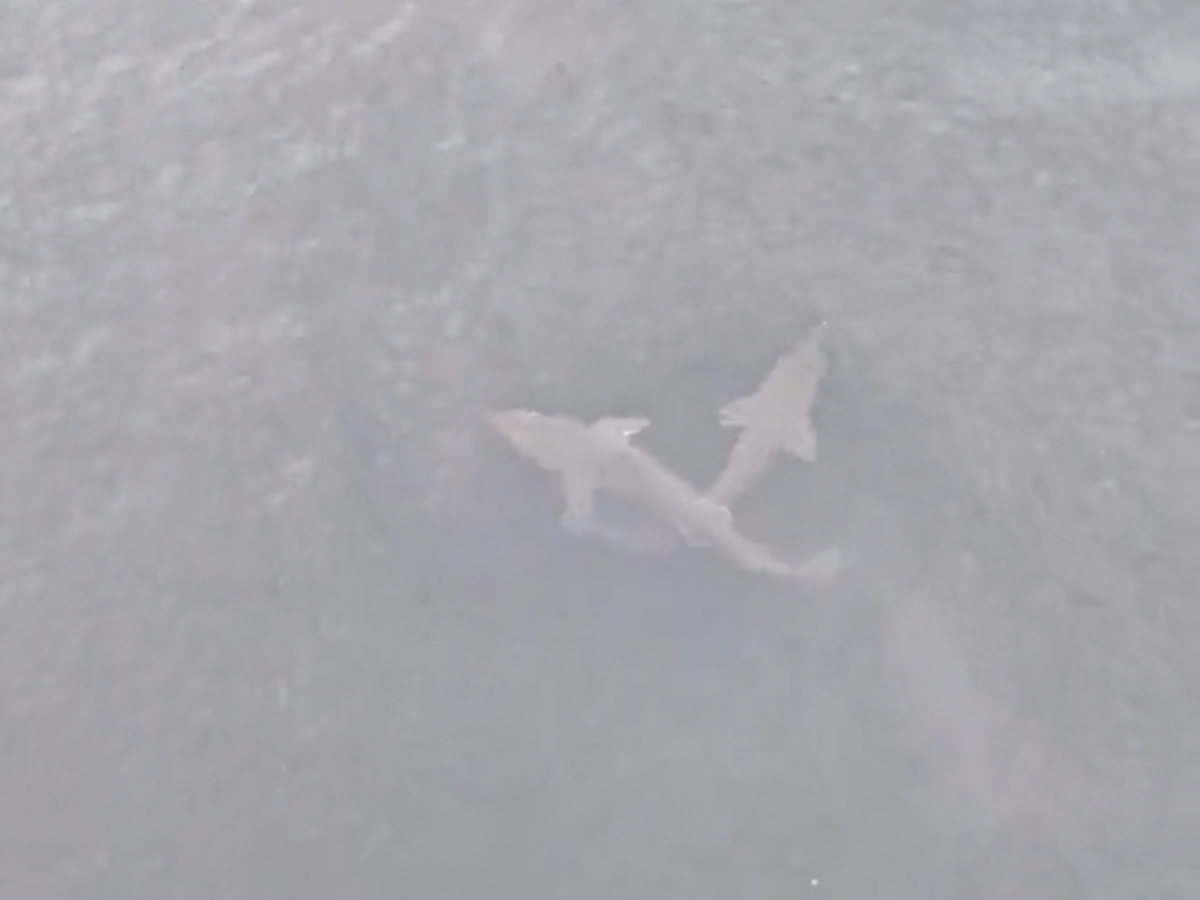 The City of Vancouver staff member was out for a run along the seawall this summer and came across what appeared to be nearly half a dozen sharks. They turned out to be spiny dogfish feeding on small fish in the area and a video was captured. 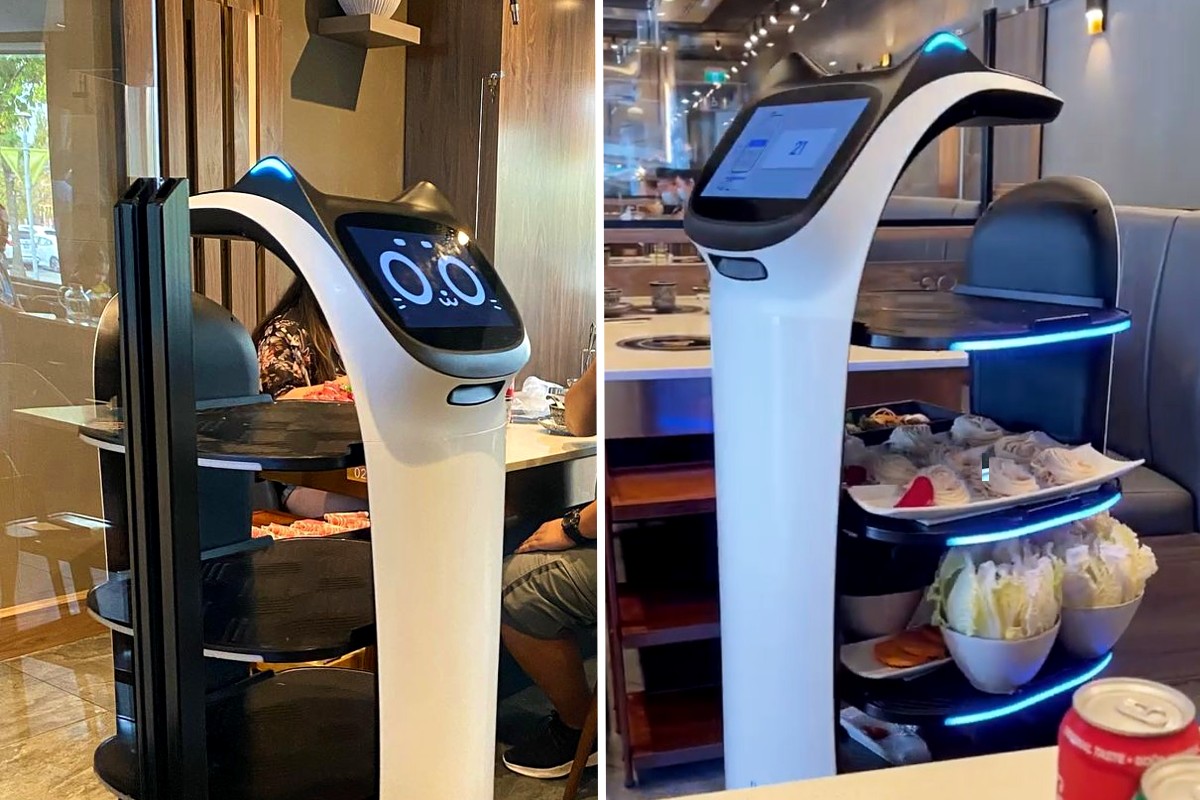 Something out of the future, but a local restaurant introduced robotic waiting staff to their customers. Happy Lamb Restaurant in Richmond started providing people a fun experience where you order food via tablet, and once ready, a robot will appear at your table to serve you. 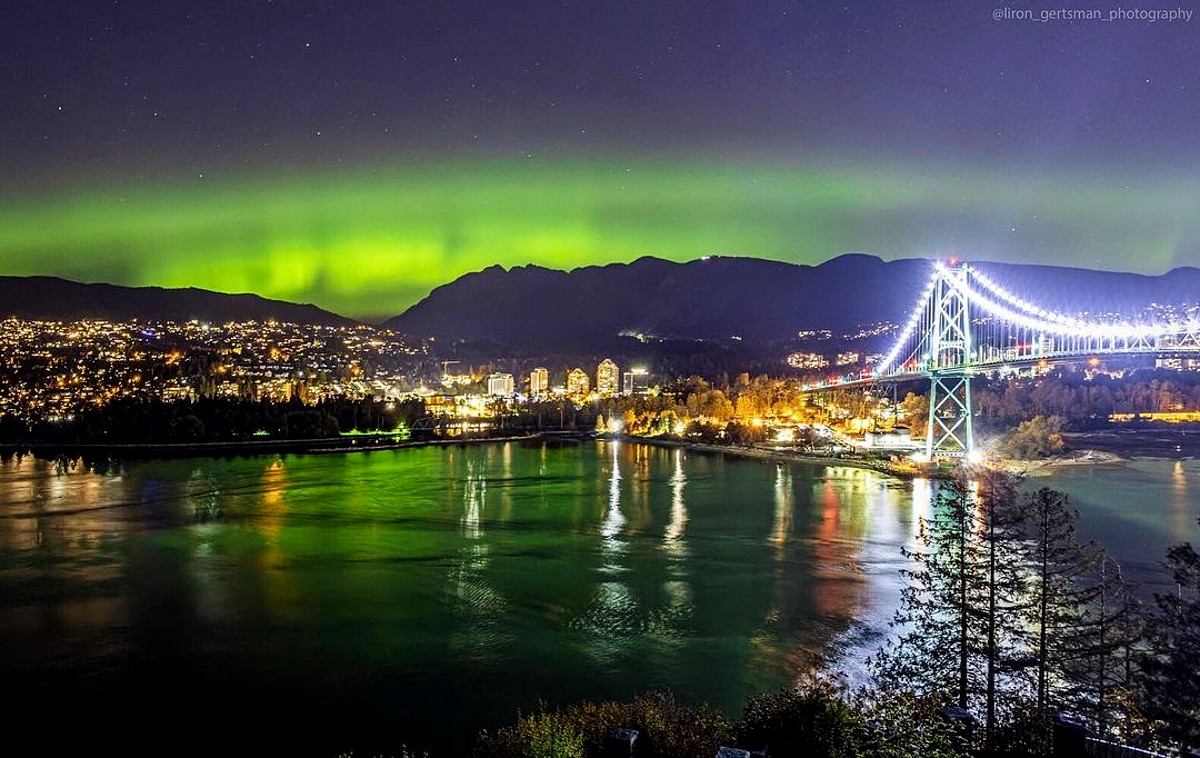 Vancouverites were pleasantly surprised when the Northern Lights appeared over the local mountains. Bright greens were seen and captured in photos, lucky individuals were treated to a beautiful scene. 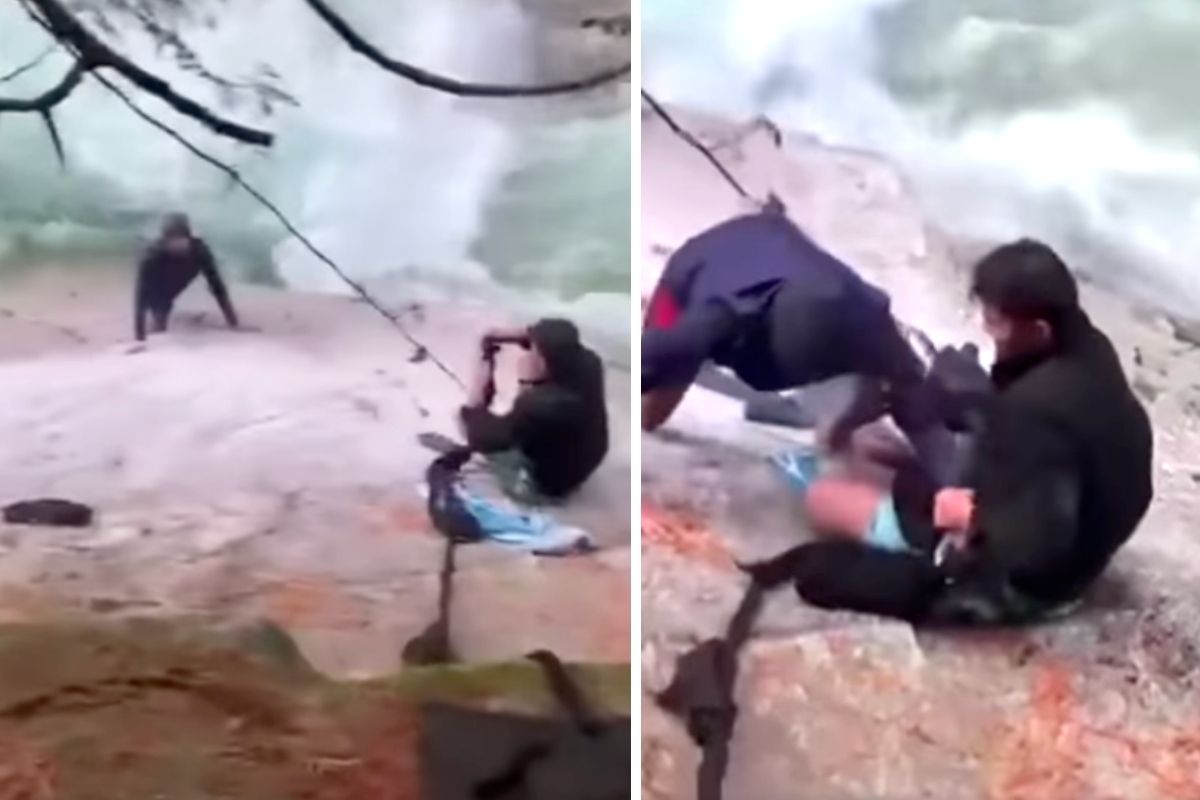 A feel-good story and some quick thinking. Five friends were out for a hike at the Lower Falls Trail at Golden Ears Provincial Park when they noticed a man trapped in a pool next to rushing waters. They helped rescue a pair of local hikers by turning their turbans into a makeshift rope. 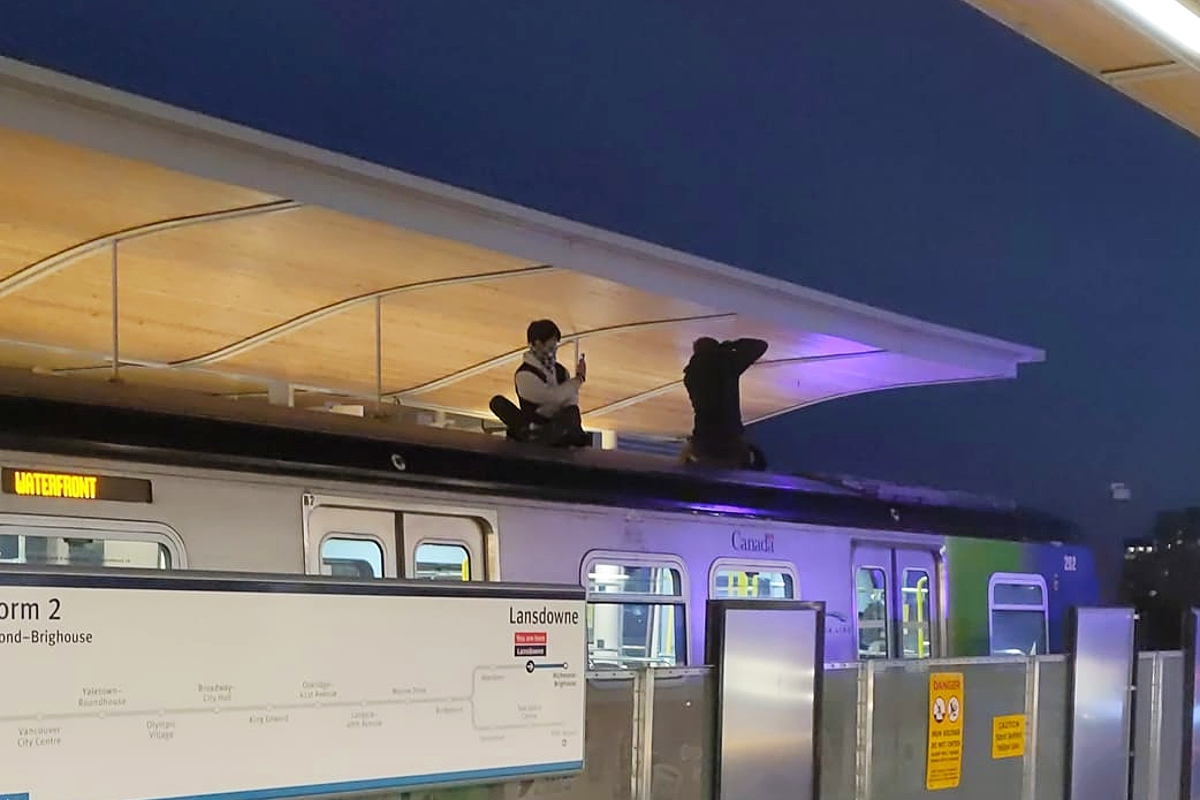 A puzzling moment was captured when two young adults were spotted riding the Canada Line in Richmond. However, instead of sitting inside, they reportedly rode on top of the moving train. The duo was spotted at Landsdowne Station with the training coming from Vancouver’s Waterfront Station.

Environment Canada has estimated that a tornado with wind speeds up to 110 km/hour had passed over the University of British Columbia on Saturday, November 6. While the rating of EF0 was provided, making it a low-grade tornado, there was visible damage that resulted from the Vancouver tornado.

Taking A Boat Out On the Highway 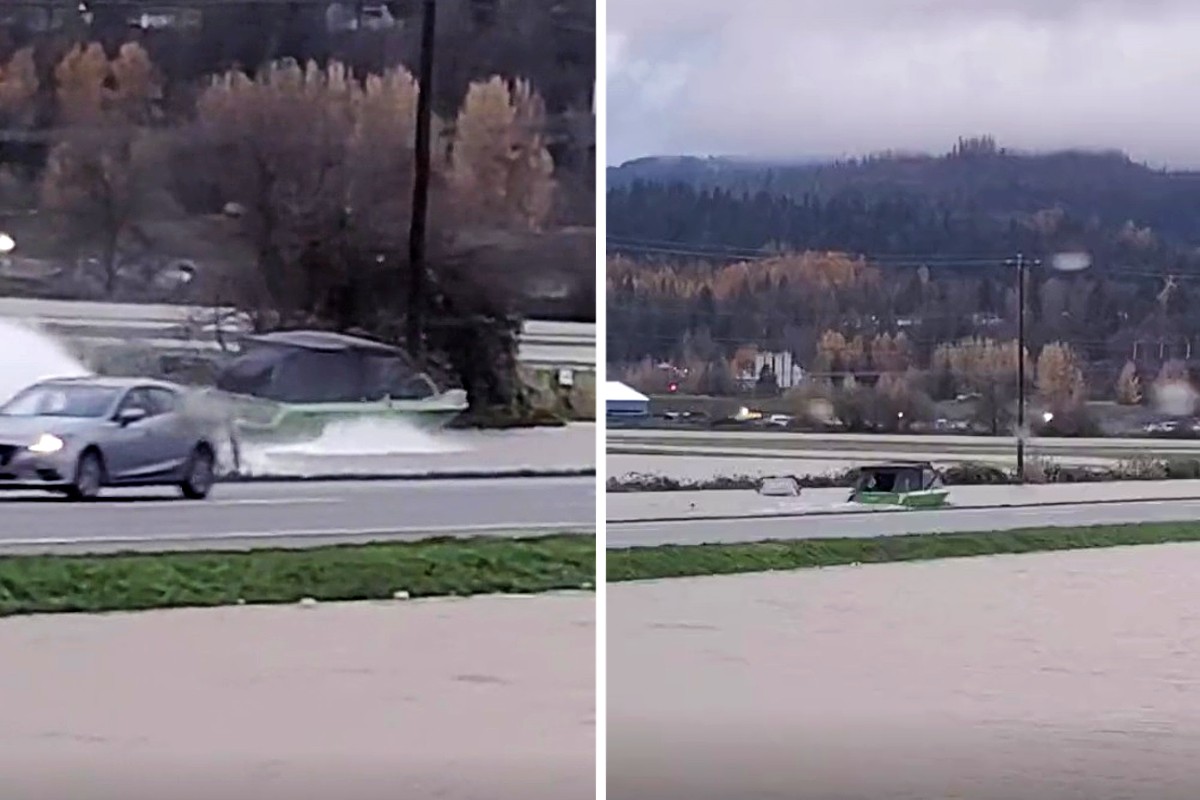 When all the roads are flooded making transportation a challenge, this person took to their speedboat. Video captured someone using their boat to navigate around the Highway 1 area in Abbotsford during this year’s extreme flood situation.

The Barge That Floated Into Our Lives For Good 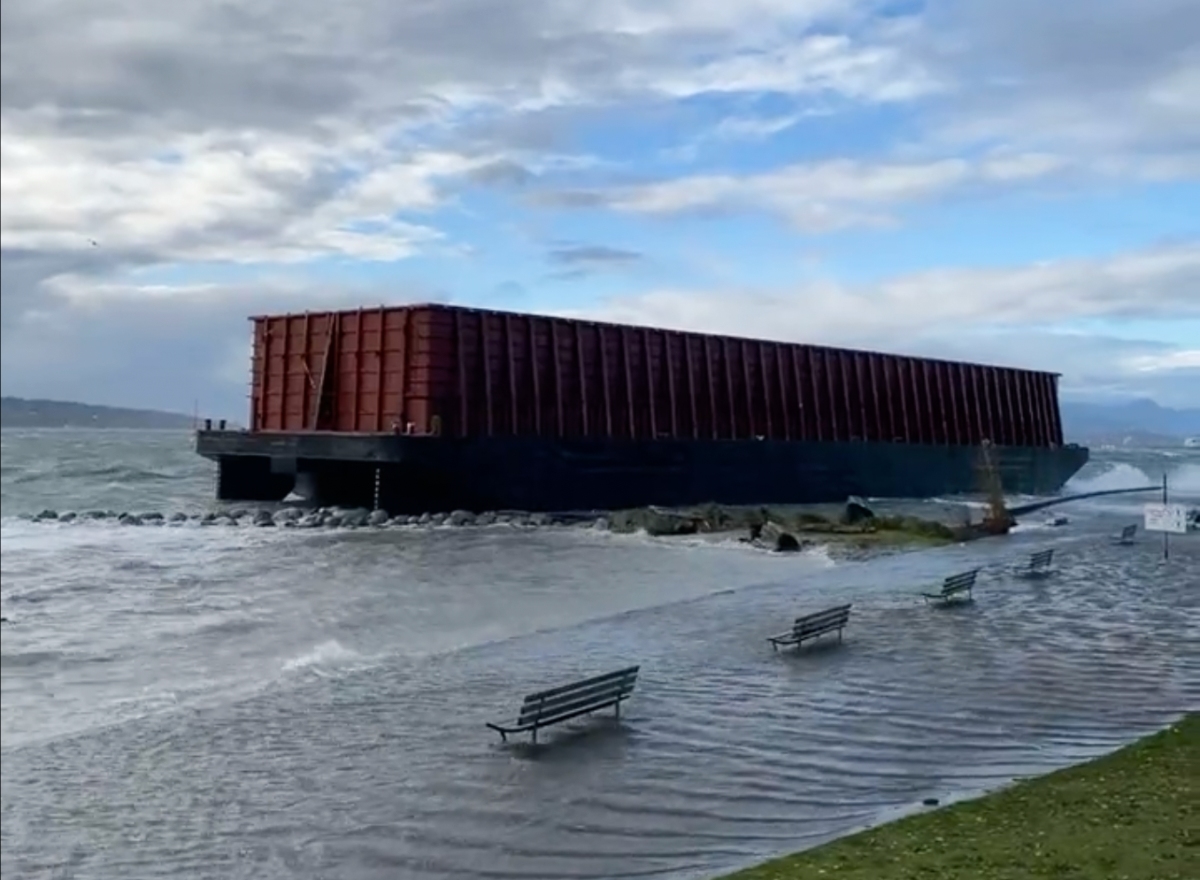 As part of some of the most powerful storms we had, winds caused an unmoored barge to wash ashore, slamming into the Vancouver seawall. The barge was first spotted heading towards the Burrard St. Bridge but eventually ran aground at Sunset Beach. After several attempts to move it, the barge remains. Since then it has become an affectionate meme of sorts and even got its own sign “Barge Chilling Beach.”

Here’s to wondering what 2022 will bring!