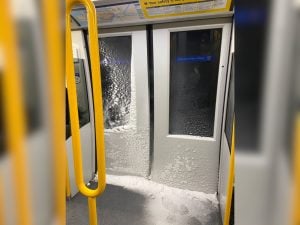 If you’ve been outside today, you’ll likely have seen the chaos ensue, due to snow. But for those who have burrowed inside, you’ll get the chance to see it all documented under #VancouverSnowStorm2020.

The city has seen countless accidents, road closures, delays etc. since its first snowfall last week. And in usual Vancouver fashion, the city can’t seem to handle it.

Nothing reaffirms how helpless this city is than Vancouver Twitter on a snow day.

Now, common sense would dictate brushing off all the snow from your vehicle. But sometimes common sense is the first thing to go when snow hits this city.

At least the driver cleared their windows.

Even TransLink buses struggle with the white powder on the ground, despite their much-publicized Winter Preparedness Plan. Early Wednesday morning, a grand total of 20 buses got stuck near the Granville Bridge. Surely snow tires for buses exist, right?

#vancouversnowstorm2020 20 buses stuck on Granville and Granville bridge South bound. Take the train if you can, it'll be a while. #translink pic.twitter.com/YhmLYkQtz6

Meanwhile, bus riders had to help a bus out of a sticky situation Wednesday morning, when it got stuck. Passengers clamoured out and helped push the bus out of the snow bank. We may get an F for winter preparedness, but we definitely deserve an A for teamwork!

But others are really taking advantage of the snow (or just making the best out of a bad situation), by getting out their skis and making their own tracks.

Others in East Vancouver have done the same, with videos showing residents gliding through streets and alleyways.

Meanwhile, others are getting crafty with clearing the snow, using a dolley. Another video shows someone using a lawn chair as a shovel. The possibilities are endless!

when people say Vancouver isnt prepared for the snow… we definitely mean it 😭❄️😂🙏🏽 pic.twitter.com/J0hpxtfqvJ

And then we get to to the real chaos, with SkyTrains shutting down, doors malfunctioning and train cabins turning into walk-in freezers.

Some transit users photographed the cold weather creeping into SkyTrains and onto doors.

This particular train basically had its own winter wonderland inside. Although *big shock* frost growing inside windows is actually normal in many places during winter. But okay – maybe not like this.

@TransLink Inside the skytrain never seen this before pic.twitter.com/pIAsTq6h5V

Talk about a polar express, eh?

And the saga of using random items to deal with snow continues. In the most Canadian move ever, TransLink employees pulled out their hockey sticks to fight the ice.

Yes, we know… snow is really scary. And surprise! We’re supposed to get more of it this week, with up to 20 cm of it in some parts of Metro Vancouver on Wednesday.

Expect more road closures and bus delays, but do try and enjoy it while you can. As we all well know, it doesn’t come often in Vancouver.

We can’t wait to see more #VancouverSnowStorm2020 photos and videos. 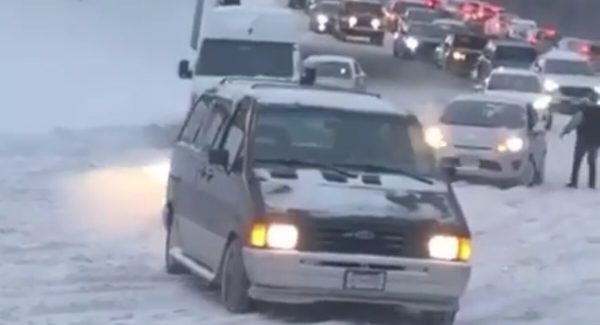 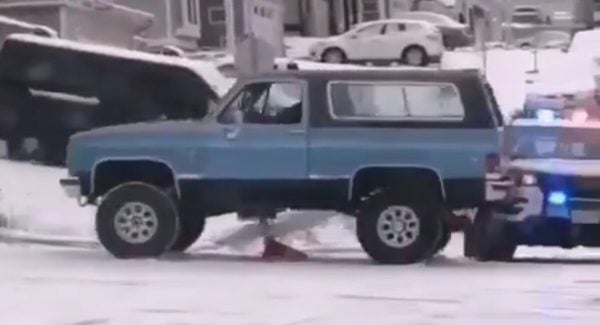 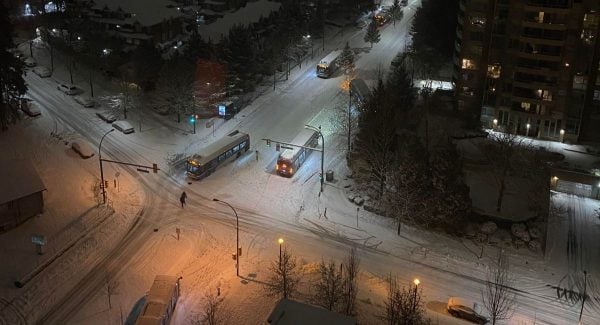