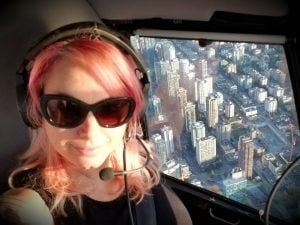 If you think flying around Vancouver in a helicopter makes for one heck of a great job, Trish Jewison agrees with you.

“When people comment on my pictures that I have the best job, I 100% wholeheartedly agree.”

If you’ve ever seen a beautiful aerial photo of downtown Vancouver, there’s a pretty good chance the photo was taken by Trish. (She uses a Samsung S8+ because a professional camera is harder to handle in a shaky helicopter.) 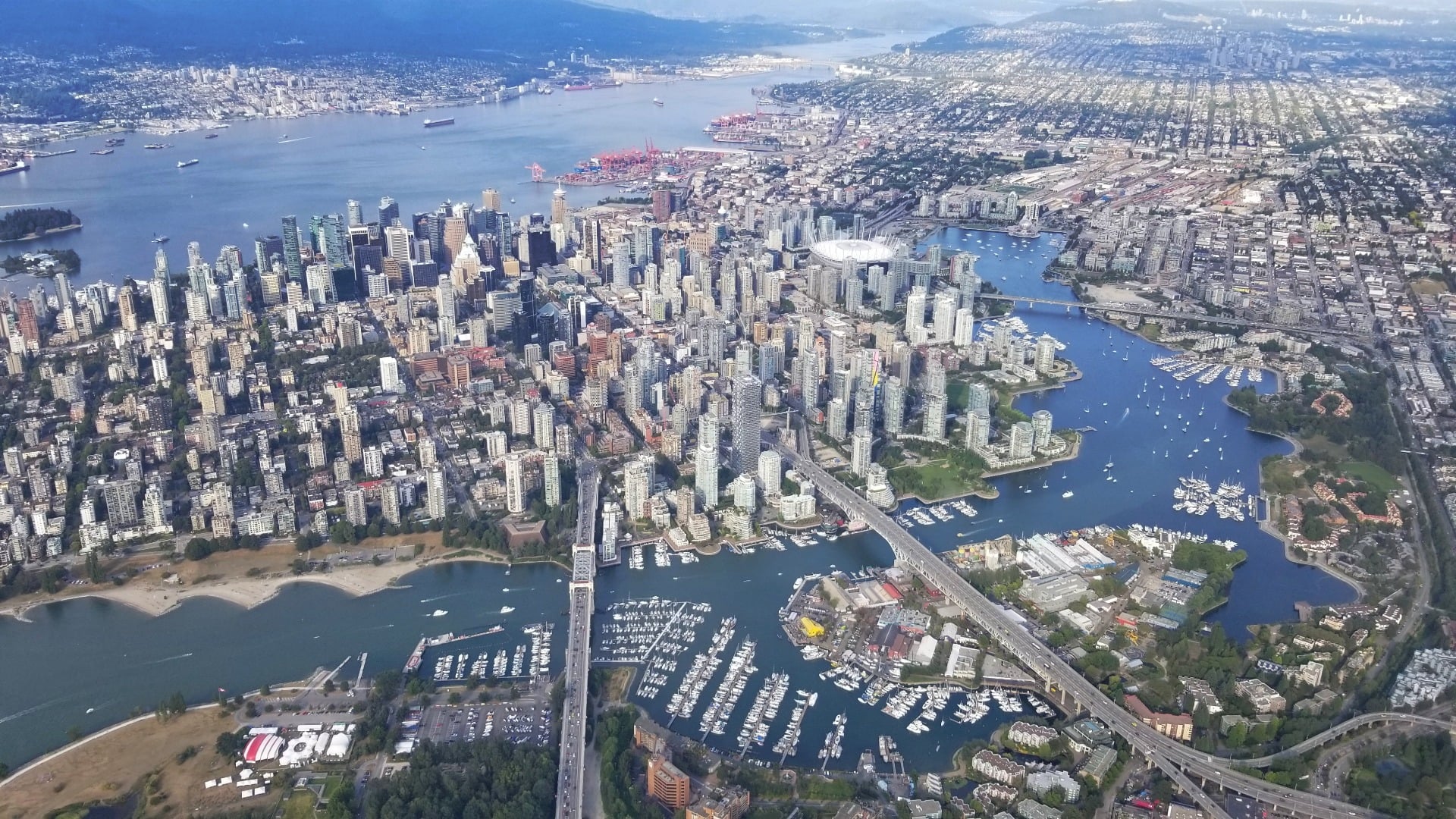 While she has a great eye, on top of a tremendous vantage point, her job actually isn’t to take photographs of the city; it’s to report on traffic, accidents, and other breaking news stories.

Officially, she’s the afternoon Helicopter Traffic Reporter for AM730 and Global BC. Technically, she works for Delta-based Canadian Traffic Network (CTN), who supplies television and radio stations with reporters.

A typical day for Trish begins around noon. (Being able to wake up whenever she wants is the cherry on top of an already great job.)

For about four hours, she reports on traffic for AM730 and CKNW from her desk (on the ground), where she has a mini-studio.

At around 4:30 pm, she heads to the chopper, which earns the nickname of “The Sauna” in the summer because temperatures often reach 30 degrees. (AC weighs too much for the helicopter.)

If there’s breaking news, such as a structure fire, a rolled-over semi, or a police chase, she’ll inform the pilot and they’ll fly over there immediately. (She doesn’t fly the helicopter herself.) If there isn’t one particularly urgent story, but multiple smaller ones, she and the pilot will lay out a flight path to identify the quickest routes.

At, or to be more precise, above the scene, she orbits over the incident capturing video footage, and also passes along any relevant information to reporters and/or producers.

“I once actually helped a fire chief locate a fire in a very dense forested area in Surrey!”

If it’s an ongoing situation, she’ll stay in the area to provide live video footage. Sometimes she’ll even give live reports from the air.

“I was live over an active SWAT situation in Vancouver a few years ago where it was my job to basically give a live play-by-play of what I saw. Very intense!”

Trish has seen a lot in her 6.5 years. (Fun fact: She attended broadcast school, but her goal was to become a rock DJ. She loves rock, hard rock, and classic rock, and she’s that friend who will give you a personalized mixtape for your birthday.) 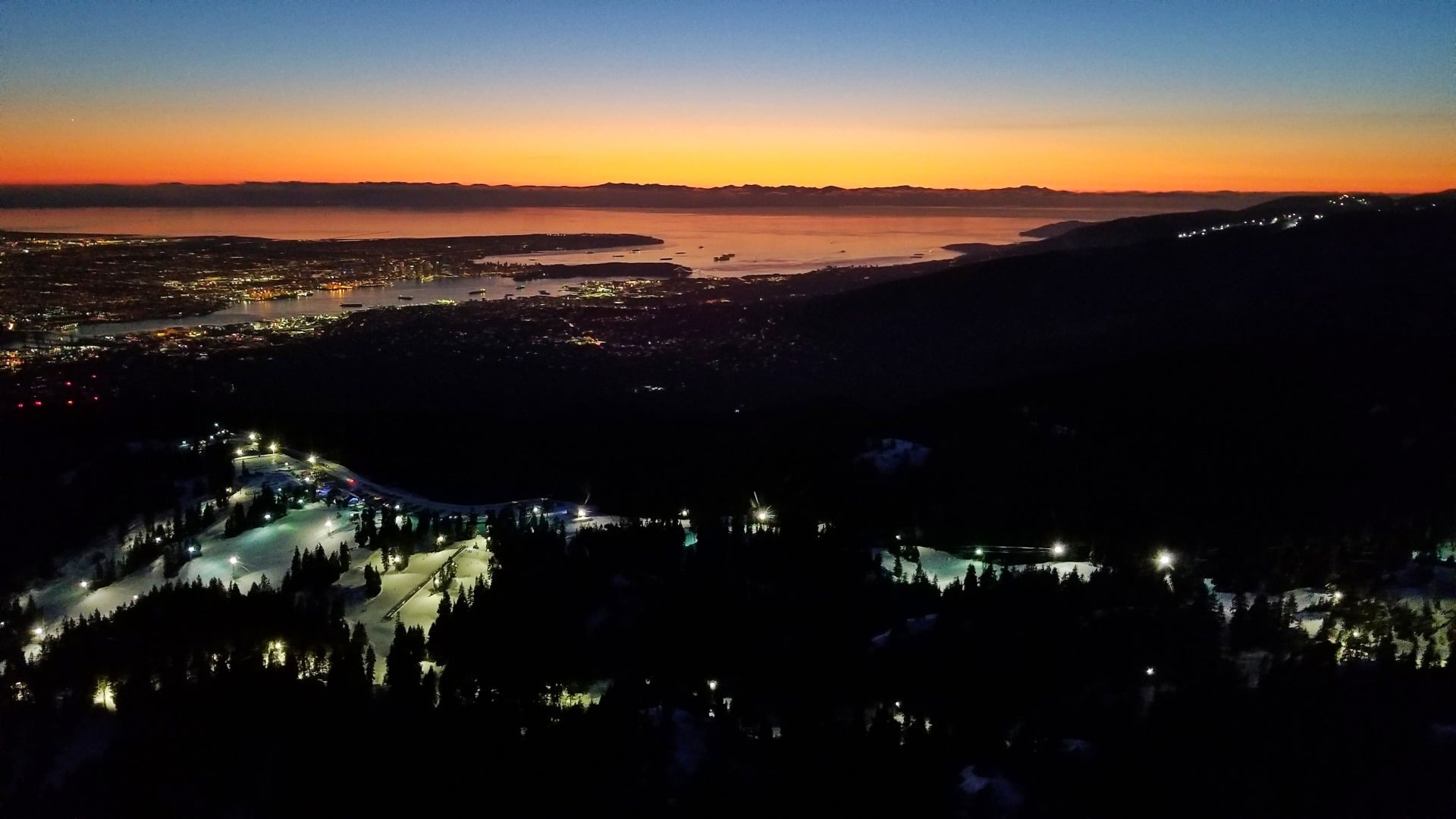 A personal highlight for her? Flying over and reporting from the 2010 Winter Olympics.

“I flew right over the half-pipe on Cypress Mountain and it was amazing.”

She has a lot of thoughts on traffic in Vancouver, too, as do most people in the city. (Born in Montreal, Trish moved to Vancouver when she was 5, growing up in North Van. She also has pink hair at the moment. #PinkHairDontCare, as she likes to say.)

“I vacationed in Thailand last year. I was in Bangkok for all of 10 minutes when I realized that Vancouver doesn’t really have a bad traffic problem, it has a bad driver problem.”

As both an on-the-ground and in-the-air traffic reporter, Trish would know.

“Full disclosure: I yell at people from the chopper.” 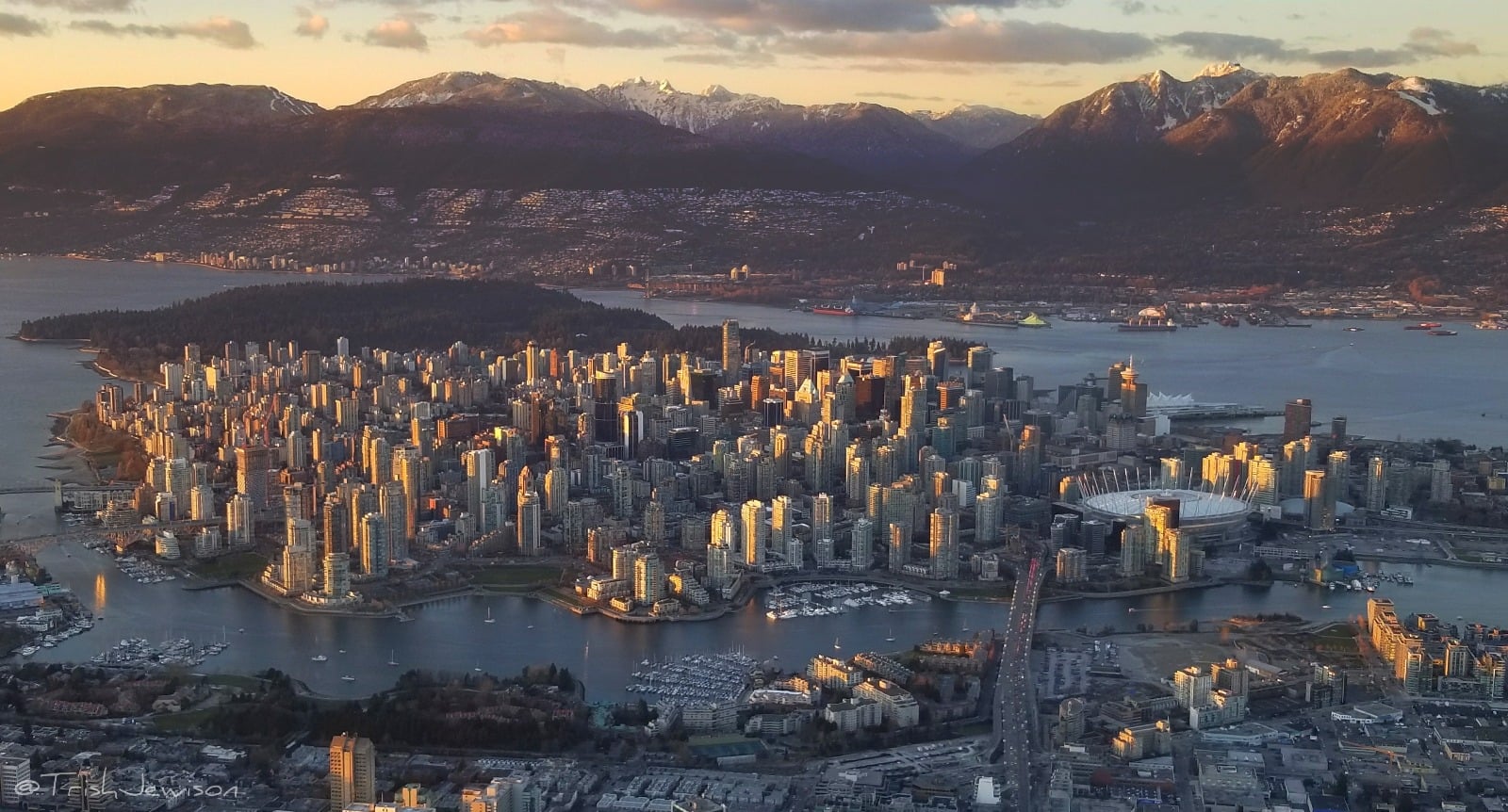 Speaking of the chopper, there are some bumpy days up there, too. Literally. (She has puke bags for those.)

“I would compare flying in a helicopter to an amusement park ride. Not so much a rollercoaster as a ride that goes up & down and spins sometimes. Different weather conditions can make the flight fast, sluggish, bumpy, and spinny. We don’t fly in inclement weather. There are strict regulations as to where and when we can fly, but sometimes it can get a little crazy up there.”

All in all, however, Trish Jewison knows she has the best job in the world.

“I absolutely love my job. I love coming to work and I love flying. It doesn’t even feel like work. I feel very blessed and privileged to be able to do this. Every day is different and I love every minute of it.”