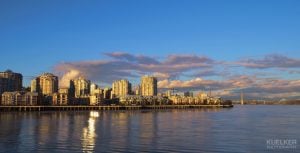 Two homeowners and a notary public are in the midst of a $20,000 lawsuit over a typo in a condo agreement.

The lawsuit is between a notary public Chris Dupuis, who oversaw the sale, and homeowners Colleen and Michael Kendall.

It arose after the Kendalls put their condo in New Westminster up for sale for $644,000.

Their notary public was in charge of conveyance and property transfer. But when filing the paper work, Dupuis admitted to making the typo, putting it down on paper as $664,000.

Dupuis claimed the higher amount was taken out of his trust account and paid to the Kendalls, giving the Kendalls an extra $20,000. He didn’t realize the mistake until after it happened.

According to CBC News, Dupuis claims that the Kendalls have “refused or neglected to return the money.”

Dupuis is currently suing the Kendalls for the $20,000, as well as “beneficial interest” in the Campbell River home the Kendalls went on to purchase.

The sale of the house took place on May 15 and Dupuis said he notified the Kendalls of the mistake on June 28th.

He sent a letter on July 3rd and three days later, heard back from the homeowners. Dupuis said the Kendalls told him they had hired a lawyer and then discontinued conversations with him.

A trial date has yet to be set, but both say they are shocked the situation escalated so quickly.

“It was just stunning to me,” said Colleen Kendall to CBC.

In the same CBC article, Dupuis said, “it remains my hope that the court proceedings will not be necessary and that we can deal with this matter as reasonable people.”