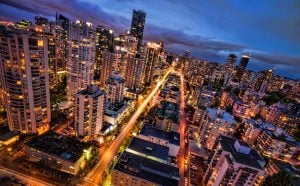 Residents of Metro Vancouver may soon be subject to a new tax that strives to create more affordable housing.

The tax is being proposed by a Metro Vancouver housing committee and would, according to CBC News, affect homeowners from Lions Bay to Langley.

If ultimately approved, the new tax would result in homeowners in the area paying approximately $4 a year, which would go towards developing more affordable housing in Metro Vancouver.

Ravi Chhina, Housing Services General Manager, believes that this would create “an extra 500 units of housing in the next decade on vacant land currently owned by local governments.”

According to CBC News, Metro Vancouver currently provides affordable housing for over 9,000 people, across 49 sites. Most of these units are in New Westminster, Surrey, Richmond, as well as Vancouver. However, the existing units are aging, and there’s still a shortage.

Many people, including tech companies, are trying to help better the situation. Back in August, the federal government also committed a substantial amount towards the crisis. This proposed tax hopes to rectify that further.

“What it means is that there’s more housing for the middle class. It’s helping some families that are struggling right now to live within the region”, Chhina added.

The housing crisis in Metro Vancouver is well-documented, which leads some to believe that this $4 tax might not be enough.

“Four dollars is a pretty small amount, and yet in the public’s eyes will be seen as a tax. I wonder whether it’s not enough. If we’re going to tax, let’s show we’re doing something significant,” said Mike Morden, Mayor of Maple Ridge.

Darryl Walker, Mayor of White Rock, also made comments that reflect this sentiment, according to CBC News.

“I don’t see any sense in doing this small. Let’s put it out there and see where it lands”, he said.

The full Metro Vancouver board still has to approve the tax. The earliest time-frame would be later this month. If passed, the tax could come into effect next year.