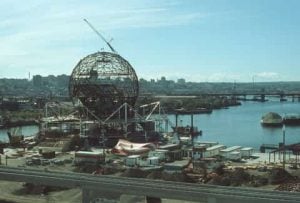 Constructed for Expo 86, Science World quickly became one of Vancouver’s most iconic and beloved landmarks.

Run by a non-profit organization, the facility welcomes thousands of people each year from all around the globe. Shaped like a dome, it overlooks False Creek and brilliantly sparkles on the waterfront with its 391 lights come nightfall.

Those who come to visit it the centre are treated to much more interactive learning experience. Indeed, it is as fun as it fun as it is educational, with a multitude of engaging activities and displays.

Science World at Telus World of Science describes how, “The Science World “golf ball” is actually a geodesic dome, the design of which was created by American inventor R. Buckminster Fuller (1895–1983).”

To illustrate, this dazzling photo shows the skeleton structure for the dome as it underwent construction. 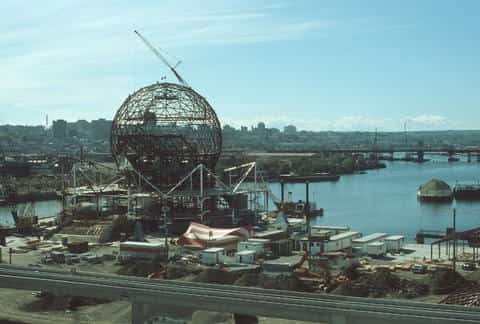 It first opened in 1985 as the Expo Preview Centre, and then became the Expo Centre for the World Fair in 1986. During this time, the centre showed a movie called A Freedom to Move in the OMNIMAX theatre.

The OMNIMAX theatre sits 400 people, and its screen is 27 meters in width. Impressively, the ramp leading to the theatre is equal to the length of two football fields. Science World states that, “The 15,000 watt xenon lamp that lights the screen is so bright that if you placed it on the surface of the moon and focused it at a spot on Earth, you could actually see its light.” In 1989 it was the largest of its kind in the entire world.

Expo 86 was a tremendous success for the city, as it put Vancouver on the world stage. In addition, the fair predicted roughly 13 – 14 million visitors, but over 22 million attended. It opened after Expo 86 in 1990, where it welcomed 705,000 visitors in its first year. In 1987 Queen Elizabeth declared that the building was “for the people of British Columbia.” 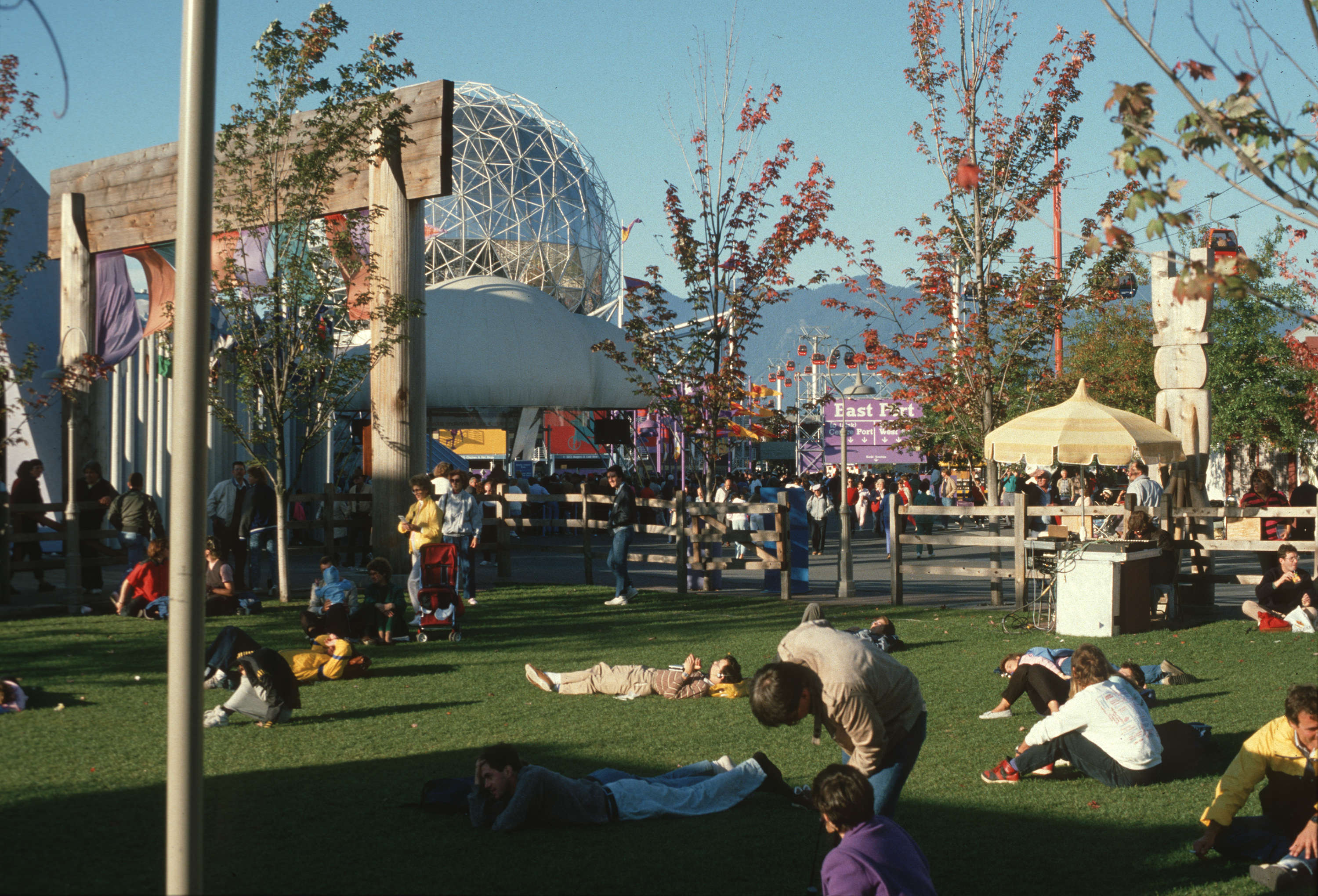 Locals hanging outside the centre during the Expo. Photo: Vancouver Archives

It took an impressive sum of financial aid to construct the exhibits and infrastructure of the centre. Science World explains how, “The Provincial and Federal Governments announce their support of $5 million each, the City of Vancouver and the Greater Vancouver Regional District join with a further $1 million apiece and a capital campaign raises $7.1 million from the private sector for a total of $19.1 million to build an addition to the Expo Centre, redesign the interior and develop and build exhibits.

What is more, in 2004 Science World Struck an agreement with TELUS. It cost a staggering $9-million to rename the building to “Science World at Telus World of Science.”

In 2007 Science World opened an exhibit called BodyWorks, which was a transportable gallery that answers the questions of “What Can I Do?”, “How Do I Look?” and “What’s Inside Me?” The exhibit went on to receive the CASCADE award for Best Exhibit or Show at the Canadian Association of Science Centres’ annual conference. 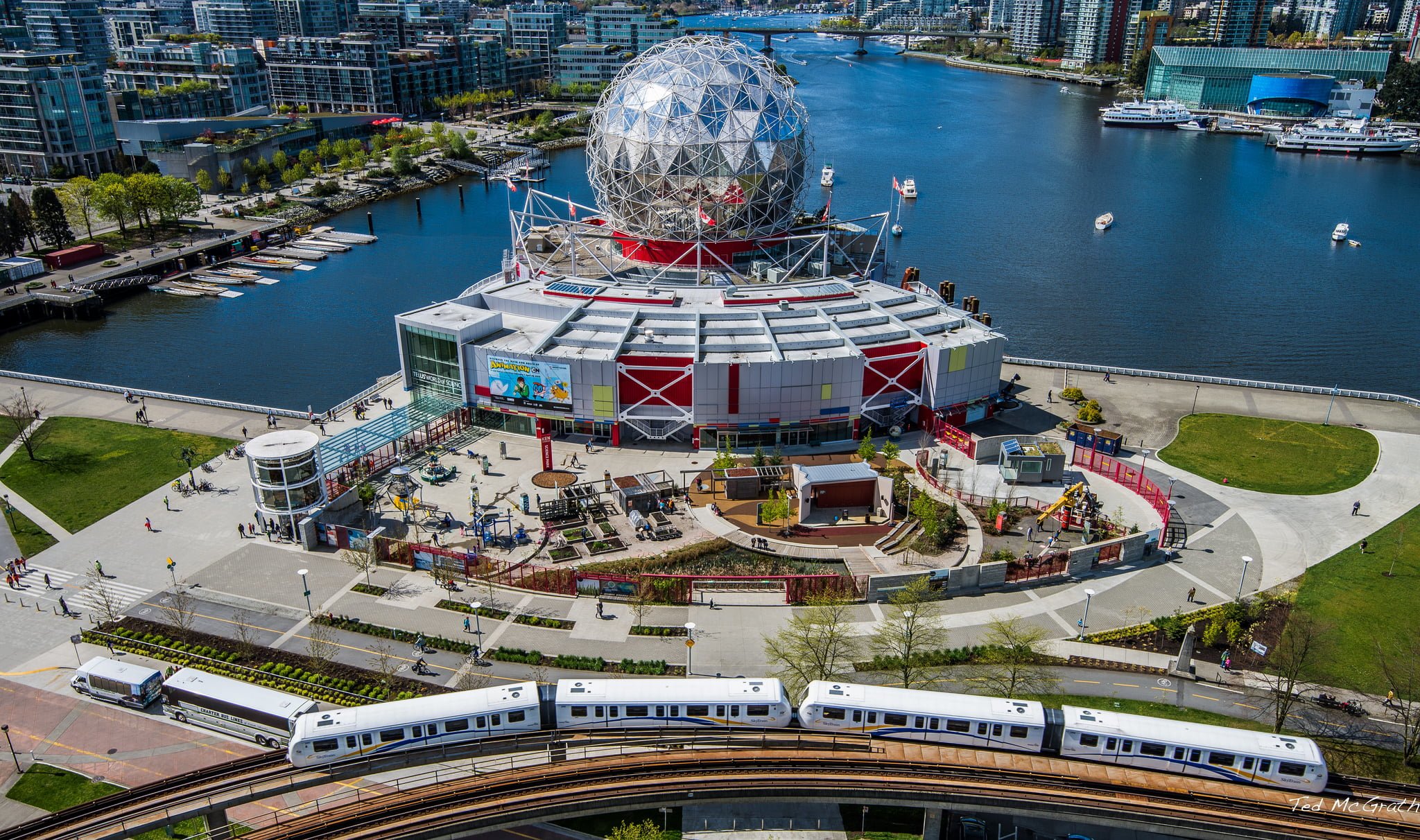 One of its most popular recent additions has been Science World After Dark, which is a special event night for adults only. Not only do adults get a rare opportunity to channel their inner childhood curiosities, but they get to enjoy some social drinks while doing it.