The Rock, Johnny Depp and Olivia Munn walk into a bar… Well, it could happen since they’re all filming in Vancouver this August!

Maybe the the city’s pride and joy, Ryan Reynolds aka Vancity Reynolds, can show them around since he’s filming the sequel to Deadpool here until October?

Regardless of what happens, here’s a list stars you can see around Vancouver this month.

Homework hurts my brain. For our movie #Skyscraper our art department created this stunning architectural design book that informs the look and tone of our film. For consulting our script we spoke to world renowned architect, Adrian Smith who designed the world's current tallest structures — Burj Khalifa in Dubai and the building that will surpass it, the Jeddah Tower in Jeddah, Saudi Arabia. Fascinating to study this stuff.. how skyscrapers will continue to get taller, how that affects the neighborhood and ecosystem, how wind affects the architecture, wireless elevators etc. In short think DIE HARD meets TOWERING INFERNO in the world's tallest skyscraper… in CHINA. I'm just mad because those bastards in the art department didn't make this a pop up book. #Homework #Skyscraper #Vancouver #China

Dwayne Johnson, the dual American-Canadian citizen and Hollywood superstar made a quick trip to Vancouver last month in preparation of production for his next big action blockbuster movie Skyscraper. The project was announced earlier this year, with Vancouver serving as the filming location for the China-set action flick.

Ryan Reynolds welcomes Josh Brolin as Cable in the sequel to his highly successful R-Rated Marvel antihero movie Deadpool 2. Vancouverites are surely going to be looking forward to spotting more of their city in the world of Deadpool.

Cheat days feel very elusive right now, like a hidden treasure I can't fucking find. With goals though, there's nothing like discovering that thing in yourself that's able to prevail through any obstacle, even these vegan…earl grey…luscious…naked…sugary AHHHHHHHHH at @cartemsdonuts. This challenge has been an awakening that there is no excuse, ever, but there's no need for perfection. Cheat days replenish and tell your body it's okay. It keeps it from panicking, which usually shuts it down and ends up giving you a worse result. Keep at it, then when that day comes, MURDER THAT FRIGGIN DONUT! #fuckityoucandoanything #cleaneating #cableswole #cablepowered @prevailactivewear @cartemsdonuts

Deadpool 2 is scheduled to shoot in Vancouver until October 6, 2017 and can be spotted with the filming signs labelled DAISY.

Johnny Depp returned as Captain Jack Sparrow this spring with the fifth installment of the Pirates franchise. He was actually in town in March and April for some reshoots of the Disney adventure movie. He returned to Vancouver this July for his next drama, Richard Says Goodbye. He plays a college professor who changes his way of life after a life-altering diagnosis. It also stars Zoey Deutch.

Richard Says Goodbye is scheduled to shoot in Vancouver until August 25, 2017. 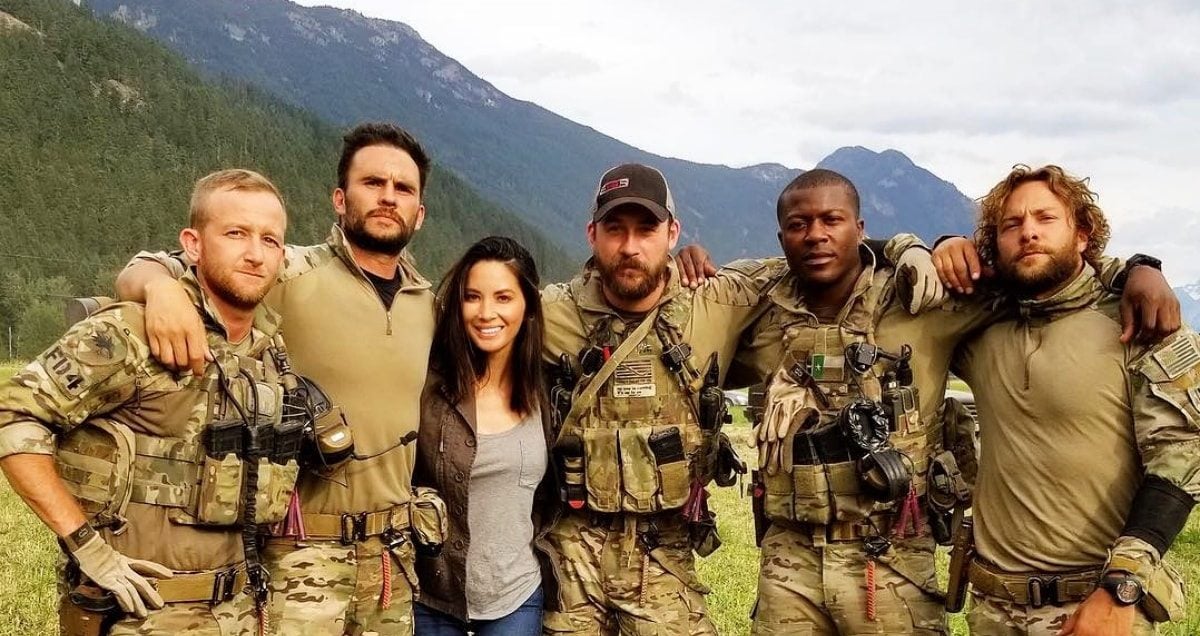 Olivia Munn has been keeping busy this year with multiple projects including the release of The LEGO Ninjago Movie in which she voices Misako (“Koko”) and wrapping up for the all-female spin-off of the Ocean‘s movies, Ocean’s Eight. Then this spring she was in Vancouver filming for The Predator, hopped over to Montreal to shoot for X-Men: Dark Phoenix and is now back in Vancouver to join season 2 of History Channel’s war-drama series SIX.

SIX is scheduled to shoot around Metro Vancouver and in Pemberton until November 23, 2017.

Some other Hollywood A-listers are also filming around town this month including Mel Gibson, Vince Vaungh, Josh Duhamel, Steve Carell and more. 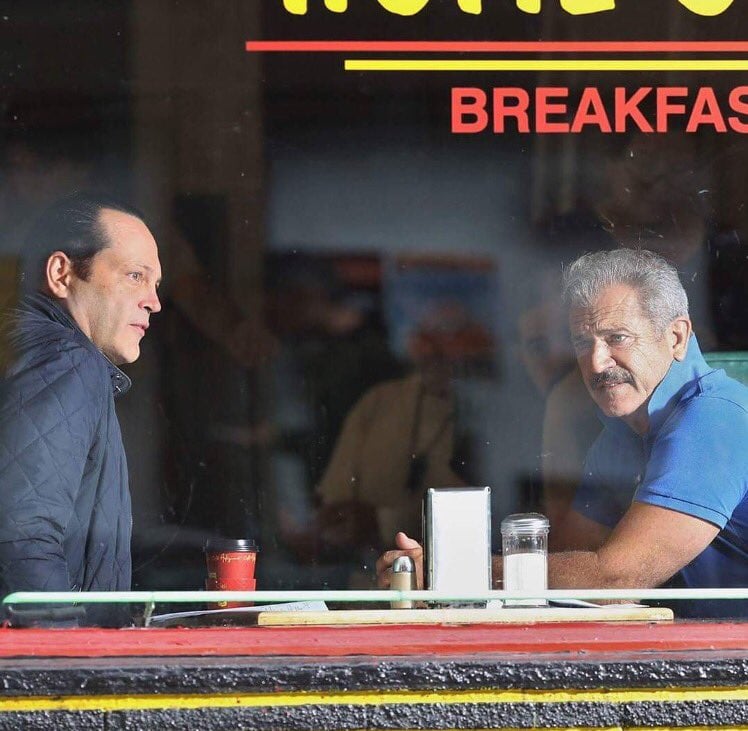 Mel Gibson and Vince Vaughn co-star in Dragged Across Concrete, a gritty action-crime-drama that revolves around two policemen whose world quickly unravels. Lethal Weapon and Braveheart star Mel Gibson plays the old timer cop while Wedding Crashers and True Detective star Vince Vaughn plays the rookie. Their “strong-armed tactics” get caught on tape and result in a media firestorm. Then they find themselves going deeper down the rabbit hole into the underworld. The movie also stars Laurie Holden, Fred Melamed and Tory Kittles. Dexter star Jennifer Carpenter and Don Johson (Miami Vice) were recently added to the cast.

I don't even have the words for this new movie but working with 2 legendary actors #melgibson & #vincevaughn getting beat up was all worth it for this new flick dropping soon called "Dragged Across Concrete" ALSO special thanks to #craigzahler our director for having me and to all the producers who were cool as heck,much love and respect!!! @laurolash120 big shout out & a huge THANKS for recommending me to this project😁 filming in #canada #setlife #hollywood #movies #goodtimes

Dragged Across Concrete is scheduled to shoot in Vancouver until September 16, 2017 and can be spotted by filming signs labelled “X-Mas bear”. 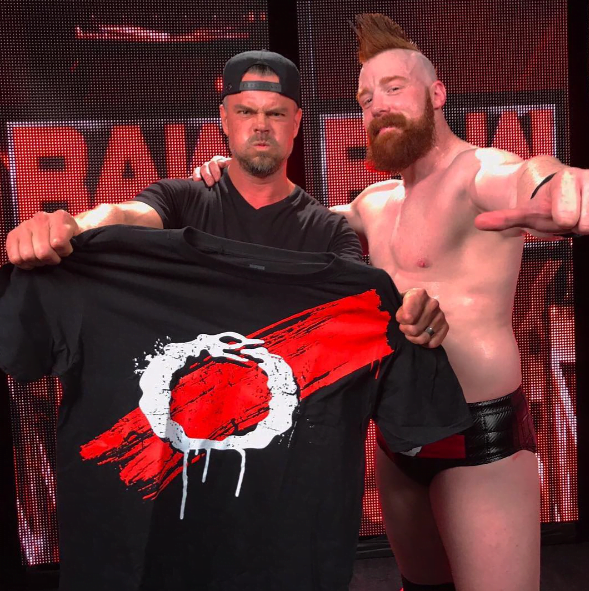 Vancouver might get a little ‘Fergilicious’ as popstar Fergie’s actor-husband Josh Duhamel is in town for about 3 weeks this month shooting The Buddy Games. It’s backed by WWE Studios which means a WWE superstar gets to co-star in the movie, enter the ‘Celctic Warrior’ Sheamus aka Stephen Farrelly. WWE Studios has filmed the last 3 installments of The Marine franchise here. The movie also stars funny man Nick Swardson.

NickSwardson and I are at @WWE tonight announcing our movie we're shooting this summer. More to come!! #MondayNightRaw @realnickswardson @USA_Network

From his funny days starring in The Office and making a splash on the big screen with 40-Year-Old Virgin, Michael Scott aka Steve Carell is also a bonafied dramatic actor now (see Foxcatcher and The Big Short). Now he stars in Robert Zemeckis’ untitled project currently known as The Women of Marwen which is based loosely on the Marwencol documentary from 2010. The film has a star studded cast which also includes Leslie Mann, Janelle Monae, Diane Kruger and Gwendoline Christie.

So who else is in town?

David Duchovny and Gillian Anderson return for season 11 of FOX’s The X-Files. They shoot until December 21, 2017.

Lori Loughlin aka Aunt Becky is shooting Season 5 of Hallmark Channel’s When Calls The Heart.

John Cho aka Harold from Harold & Kumar joins the second season of FOX’s The Exoricst which relocated production from Chicago to Vancouver. They shoot until November 14, 2017.

Freddie Highmore aka Norman Bates wrapped up locally-filmed Bates Motel but stays in town for ABC’s medical drama series The Good Doctor. It’s produced by the creator of House and Hawaii 5-0‘s Daniel Dae Kim. They shoot season 1 until December 15, 2017.

Kim Coates aka Tig from Sons of Anarchy laces up his Saskatoon-born boots for Syfy’s newest paranormal action series Ghost Wars which shoots until September 11, 2017.

Elijah Wood can call Vancouver his new shire as he wraps up season 2 of FX’s Dirk Gently by August 30, 2017.

Plus… all your casts from your favourite Vancouver-filmed CW series are hard at work this month:

Stephen Amell of Arrow, Rose McIver of iZombie, Billy Zane of Legends of Tomorrow, Melissa Benoist and Floriana Lima of Supergirl, Jared Padalecko and Jensen Ackles of Supernatural plus all the cast of The 100, The Flash and of course the super hot show Riverdale. 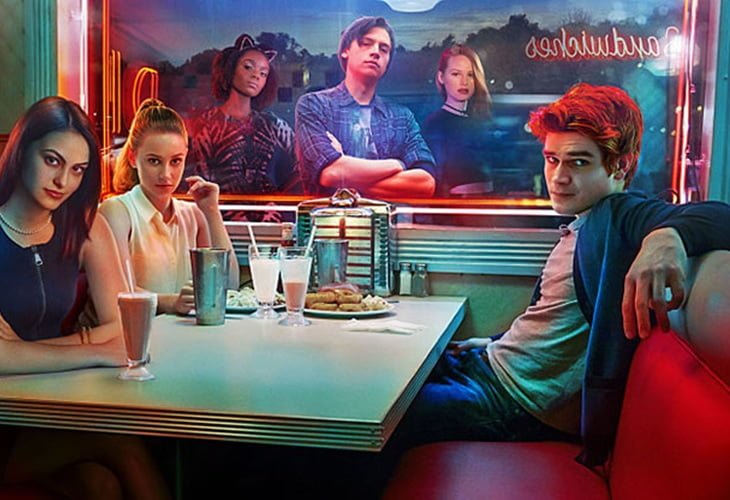 #squamish is not for the squeamish, but we made it to the top! Thanks for all the incredible #vancouver recommendations everyone. #lastday #fanada 😢🇨🇦🏔

*All scheduled dates are provided by Creative BC, YVRShoots and What’sFilming. Subject to change.