From pop stars and a former First Lady to movie and television stars, there’s a ton of celebs working in Vancouver this February. Here’s who you can expect to see around town.

Let the ‘Caginess’ begin! Meme’d for what comes off across as overacting, Nic Cage is either a good or horrible actor in your books. He’s set to star in the revenge action-thriller A Score To Settle which is scheduled to start filming sometime in February. Cage plays a convicted mob enforcer and fall-guy, with a terminal illness, set on revenge after being released from prison. It’s being directed by Shawn Ku.

A ‘celebrity’ in her own right, Former First Lady Michelle Obama is many things including a lawyer, writer, political figure, advocate, role model and fashion icon. She’s set to speak at Queen Elizabeth Theatre on February 15th for a special Greater Vancouver Board of Trade event.

It's been an amazing two days here in Chicago, and I want to give a shoutout to our inspiring community leaders and to all of YOU who have been part of the #ObamaSummit. Tonight, @BarackObama and I were joined by some of our friends, including @ChanceTheRapper, to celebrate the South Side. Thank you!

Rachel Bilson stars alongside Eddie Cibrian in the new TV series Take Two. The crime & comedy-drama was picked up for a straight-to-series order by ABC late last year. Bilson played Summer Roberts in The O.C. and Dr. Zoe Hart in Hart of Dixie while Cibrian can be recognized from Third Watch, Sunset Beach, The Young and The Restless and CSI: Miami.

Take Two is scheduled to film in Vancouver from February 26 to July 23.

Canadian pop-rock band Hedley plays at the Abbotsford Centre in front of a hometown crowd on February 5. Their Cageless tour in support of their new album takes them all across Canada during February and March. They’re joined by Shawn Hook and Neon Dreams. Other BC tour concert dates include Victoria on Feb 6, Prince George on Feb 8 and Kelowna on March 23. Last year they played in Surrey on Canada Day.

Mega pop star Katy Perry embarks on her 4th concert tour Witness: The Tour in support of her fifth studio album Witness. She plays back to back shows in Vancouver at Rogers Arena on February 5 and 6th.

Did you know? Katy Perry has 13 Grammy nominations but no wins.

Grammy Award winner Miguel is often compared to Babyface and Prince but is an artist in his own right. His fourth studio album War & Leisure was released last year. He plays at the PNE Forum on February 24.

Celebrate every day like… 🎉 Get your tickets to @Miguel at the PNE Forum on Saturday, Feb. 24 now at https://t.co/hUHGbUsss0 pic.twitter.com/W8KfAcZv4K

South LA’s Ty Dolla $ign, born Tyrone William Griffin Jr., Feb 28 Vogue has racked up a number of awards over the last couple of years including: a Teen Choice Award, a MTV Video Music Award, an American Music Award, an iHeartRadio Music Award and a Kids’ Choice Award. The awards were all for the song “Work from Home” with Fifth Harmony. He’s live at Vogue Theatre on February 28 as part of his Don’t Judge Me Tour.

Sports-entertainment returns to Vancouver as the WWE Live: Road to WrestleMania stops at Rogers Arena on February 23. The non-televised tour event features superstars from the WWE RAW roster. Last year WWE had live events in both Abbotsford and Vancouver.

Bad Times at the El Royale starring Chris Hemsworth, Jeff Bridges, Russel Crowe, Dakota Johnson, Cailee Spaeny and Cynthia Eriv is scheduled to shoot around BC from January 29 to April 6, 2018. 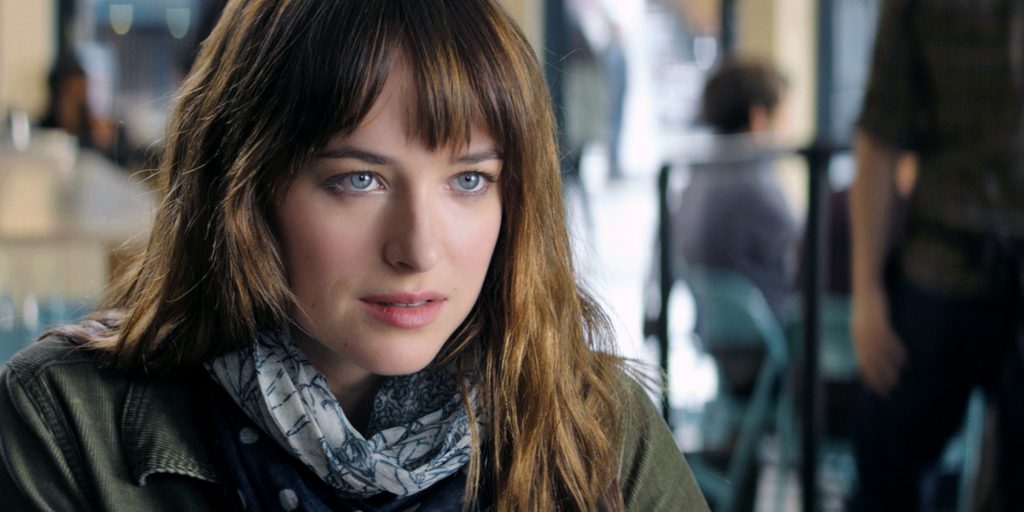 13 Reasons Why star Katherine Langford plays the lead role in the sci-fi film Spontaneous which is filming in Vancouver until March 2. It’s based on the young adult novel of the same name by Aaron Starmer.

DJ Tanner aka Candace Cameron Bure reprises her other big role in the 8th and 9th installments of the Aurora Teagarden TV Movies. The back-to-back productions are filming until February 28. The 7th movie in the series  aired on Hallmark on January 7.

Kiernan Shipka stars in the Netflix reboot of Sabrina the Teenage Witch. It’s a spin-off to The CW’s hit teen drama Riverdale and takes place in the same dark Archie Comics universe. The popular 90’s sitcom starred Melissa Joan Hart ran for 7 seasons from 1996 to 2003. The 18-year-old actress from Chicago will play Sabrina Spellman in The Chilling Adventures of Sabrina which starts filming in Vancouver on March 19 (originally scheduled for February 19) She’s most recognized for her role of Sally Draper in AMC’s Mad Men.

Don’t forget to keep an eye out for filming signs, tents and cameras as there’s a ton of TV shows filming all over Metro Vancouver all the time. You never know when you might run into one of your favourite TV stars:

and last bust not least… the entire cast of the locally-filmed and uber popular teen drama Riverdale:

The #Riverdale squad returns Wednesday, October 11 on The CW.