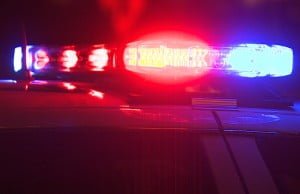 Canada’s new laws on impaired driving might put you in violation of drinking and driving, even two hours after you’ve been behind the wheel.

The new laws could have police officers show up at a local bar, or even at your door and demand a breath sample from you.

Under this new legislation, “reasonable suspicion” on the officer’s part is no longer required. The responsibility is now on the accused to prove they were not impaired while driving.

Things get even trickier if you decide to have a drink after you’ve come home and all of a sudden, a police officer knocks on your door and demands a breath sample from you.

If you refuse, you may be subject to a fine, arrested, have a criminal record or get a driving suspension.

These new changes to Section 253 of the Criminal Code of Canada began operating in December. Thus, allowing police to have the power to demand a breath sample from drivers who might be impaired.

Although many Canadians may have already known about these new revisions, the two-hour provision may have gone unreported.

Engel brought up the point of people potentially abusing these laws by calling police and making accusations out of anger.

Other lawyers have said these laws are “too aggressive.”

However, these laws were put in place to reduce the number of deaths on the road due to impaired driving.

“Impaired driving is the leading criminal cause of death and injury in Canada,” said Minister of Justice and Attorney General Jody Wilson-Raybould back in December.