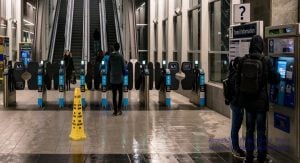 After 14 months and a 10-hour drive, a Calgary man finally won his B.C. Supreme Court case against TransLink.

Karl Lusawovana Nunu was ecstatic when the case was thrown out last week.

“I think justice has been served, and I am very excited to get justice,” he told Global News.

Lusawovana Nunu was fighting a $173 fine for following his friend through the Compass fare gate, after his valid fare pass wouldn’t be accepted.

RELATED: A 15% Disruption In TransLink Bus Services Expected As Sides Reach A Deadlock

It happened in September 2018, when he bought a ticket at Columbia Station. But after the gate failed to open twice when Lusawovana Nunu got to Stadium Station, he followed his friend in with his pass.

Lusawovana Nunu made a complaint to MVTP, who investigated, but the ticket stood. He then fought it in provincial court.

The judge agreed the Calgary man had a valid fair, but said he didn’t do enough to solve the situation. He could have gone to a different gate or used the service phone to call for help.

Lawyer Kyla Lee then took on the case pro bono, to appeal the decision in B.C. Supreme Court.

Crown counsel Kristen Gagnon conceded the ticket and Lusawovana Nunu was let off the hook.

And while he’s happy a wrong has been righted, the Calgary man is now weary of TransLink. (Count him as one of many.)

“I’ve visited Vancouver a few times, and I drove,” he told Global News. “I don’t know what’s going to happen next.”

For similar news, check out this North Vancouver bylaw banning owning pigeons. Or read about TransLink randomly drug-testing an employee for more than a year.

For more Vancouver news, and updates on the current transit strike, stay tuned our News section.