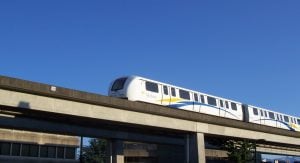 TransLink has been ordered to stop randomly drug-testing an employee, after finding out he smoked pot outside of work.

During a routine medical exam in September 2018, the company discovered that SkyTrain attendant, David Solomon, had cannabis in his system.

He had to then do twice-monthly randomized urine screenings over one year, and go to counselling.

Soloman and his union filed a grievance in November 2018.

An interim report then ordered TransLink to stop testing him, while a final decision is made. But by the time it was put in place, it had already been almost a year.

TransLink does not ban cannabis use outside of work, but arbitrator Arne Peltz wrote in a decision that it could affect public safety.

Although attendants mainly work with customers, conduct fare inspections and deal with mechanical issues, he said, they’re also trained to drive trains in an emergency.

Because of this, it’s considered a “safety-critical” position, which is why attendants do medical checks.

Soloman originally lied about his marijuana use, added Peltz. The attendant first said he doesn’t smoke marijuana and then later told a second physician, Dr. Marie Durnin-Goodman, he smokes it 3-4 times a week.

Durnin-Goodman said Soloman was not dependant on cannabis, but said he should not smoke because of his “safety-critical” job. That’s why the year of random testing was instated.

But the union said that “monitoring was improper when the employee was found not to have a substance abuse disorder.”

Peltz wrote in the ruling that the random testing was, “highly intrusive” and “controlling his daily routine.”

The final date for the decision has not been announced.