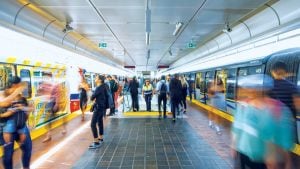 TransLink is taking some heat after a new compensation plan for company executives was revealed.

Changes were made to the existing plan as the result of salary comparisons to other Canadian public transportation companies.

According to an official TransLink Financial Information Act report, Desmond’s salary in 2018 was $405,242, just below the new minimum.

“The Board believes the updated Compensation Plan is fair, aligned with other public organizations and is necessary for recruiting and retaining the leaders we need to keep the momentum going and continue to provide safe and reliable transportation for people in the Metro Vancouver region”, said Tony Gugliotta, Chair Translink Board.

Criticism From The Canadian Taxpayers Federation

In a vacuum, pay raises for TransLink executives could be justifiable, but it’s those pay raises in relation to other public servants that is drawing much of the criticism.

Under the new plan, TransLink CEO Kevin Desmond’s maximum salary would be almost double that of Premier John Horgan. It would also be approximately $160,000 more than what Prime Minister Justin Trudeau makes.

“These TransLink salaries could spiral out of control, based on these newly approved ranges. […]  Why are the people who are running a regional bus board in Metro Vancouver getting paid more than the prime minister of a G7 country, [and] the premier of our province”, said Kris Sims of the Canadian Taxpayers Federation.

Sims is the B.C. Director of the Canadian Taxpayers Federation, “a citizens advocacy group dedicated to lower taxes, less waste and accountable government.”

“Average working people, commuters and property taxpayers in Metro Vancouver are footing the bills for these huge salaries and they have no say in the matter”, she added.

The new plan was approved by the TransLink Board of Directors, and also the Mayor’s Council, in late July, and is effective as of January 1, 2019.