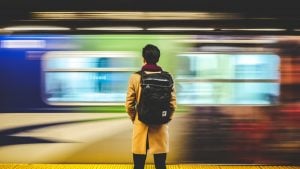 Commuters in Langley are in for a bit of a disappointment.

On Friday, Translink announced that a much-hoped-for full extension of the Expo Line, from Surrey to Langley, would not be possible at the moment, due to a lack of funding.

According to Translink CEO Kevin Desmond, a full-length extension that would extend from Surrey to Langley and Fleetwood would cost approximately $3.12 billion. Currently, only $1.6 billion is available.

In response to this, Translink says it has provided the Mayors’ Council with a plan that could see such an extension completed in two stages.

The first stage would see the extension stop at 166th Street, in the Fleetwood neighbourhood. This stage would cost $1.63 billion.

The last stage would then extend out to 184th Street in Clayton Heights, and would cost approximately $2.22 billion.

After presenting this to the Mayors’ Council, Desmond moved the ball into the Council’s court. “They’re the decision makers”, he said.

At the earliest, a decision could be made by next week’s meeting of the Mayors’ Council. If the project is green-lit, construction could begin in early 2022, and the extension could be up and running by 2025.

Stay tuned to our News section for further updates and other local news.