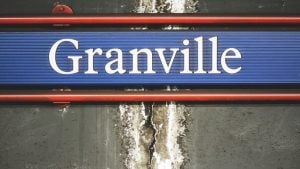 We’ve all used the skytrain at one point or another. If you’re a regular commuter, you’ve seen these stations at their best, but also at their very worst. What follows is a ranking — based on factors like functionality, aesthetics, and “vibe” — of all the skytrain stations on Translink’s Expo Line. Note: the stations from the alternate Expo Line route are not included. OG’s only.

This might be controversial, but Granville is a great station! It’s one of the few stations on this line that is underground, and it’s constructed in a way that makes it feel like a UK “Tube” station. There’s also that incredibly steep elevator, which will probably never not be trippy, and the station has multiple exits that lead to various downtown streets, which is very functional.

The one thing that’s a little annoying about Waterfront Station is the platform’s narrow walkways that lead to the escalator up into the main station. That being said, once you get into the station, all is forgotten with the big-city, Union Station-type vibe, albeit on a smaller scale. This is also the only station with access to the Expo, Millennium, and Canada Line, which is worth a lot of points.

Sandwiched between Granville and Waterfront Station, Burrard Station is lowkey very nice. After you’re up near ground level, the station has a charming greenhouse-vibe, thanks to its slightly-dirty see-through structure. Surrounding the station is also rows of cherry blossoms, which is representative of Vancouver’s unique half-city-half-nature quality.

New West is often forgotten or neglected, but the borough is home to one of the best skytrain stations in the Metro Vancouver area, thanks the variety of stores, food options, and movie theater directly connected to the station. The signage regarding the multi-floored layout could be clearer, though.

One of the great things about Surrey Central Station is all the things to look at as the train enters the station: the plots of stores off in the distance, the interesting architecture nearby, and SFU’s Surrey Campus. The station also looks a little different from others, with the somewhat-unique guard-rails.

The great thing about Commercial Station is that a ton of people get off the train here. If you’re one of those people, the station itself, and the bus-bays below can get a little too crowded, but the multiple exits and additional platform upgrade has somewhat alleviated this, and the surrounding area remains incredibly fun. 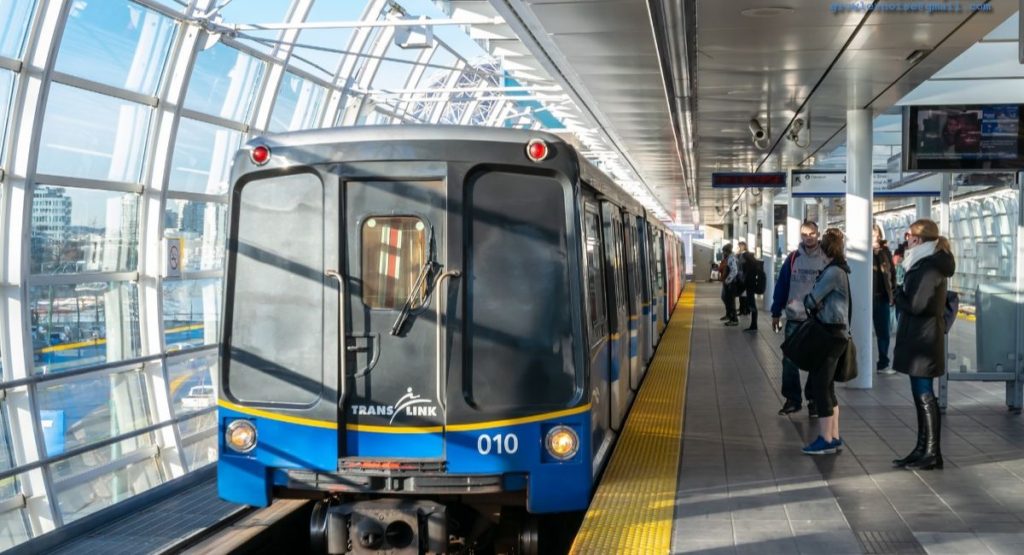 When the skytrain arrives at Main Street-Science World Station, what immediately strikes you is all the natural light, which is courtesy of the glass enclosure-like structure of the station. The view of Science World and False Creek is also decent and nice.

Somewhat maligned in the past for its threatening neighborhood, Joyce-Collingwood has got several upgrades that have improved the feel of the station. The surrounding area is well-equipped, and the new Instagram-worthy coat of paint makes this station one of the most colourful in Vancouver.

As one of the most popular stations in Vancouver, and the station I’ve passed through the most over the years, Metrotown Station is only okay. The new escalator that came along with the massive station upgrade is steep enough to rival that of Granville Station, and the design is sleek. But I cannot, in good conscience, rank this station any higher, without a (functioning) skybridge connecting it to the mall.

Sometimes I feel like Stadium-Chinatown Station is a little too close to the surrounding buildings. Other days it’s cool as you immediately realize just how large those buildings are. Regardless, the stations double-ended exit layout is very convenient, along with the surrounding area.

RELATED: Dashcam Footage Captures How Scary Driving In Richmond Can Be

This station often gets confused with the one below, but there should be no question that this is the superior station. It’s elevated, on top of already being on high ground, providing riders with a great view of the Fraser River, as well as the Queensborough Landing shopping area across the bridge.

Royal Oak Station continues to be a work-in-progress. And by “work-in-progress”, I mean there’s always construction work, in-progress, beneath the station. That being said, there’s a surprising amount of food options just a few steps away that makes up for that.

Gateway Station is Gateway Station. It’s not super notable, but it’s not particularly bad in any way either. It’s just a solid, functioning station in a decently-developed area.

There’s one thing about Patterson Station that prevents it from being any lower on these rankings, and that is the incredible amount of foliage parallel to the tracks. Other than that, it’s kind of in no-man’s-land, with not too much going on in the area.

RELATED: Don’t Charge For Plastic Bags, Give Discounts For Not Using Them

King George Station is the other terminus station for the Expo Line, and it’s fairly small for an end-of-the-line transit hub. That’s neither bad nor good, but what could use improvement is the surrounding area, as it relates to things to do.

Nanaimo Station is kind of like a combination of Patterson and King George Station, in that there’s not a lot going on in the area, partially due to it being a residential area. That being said, the station is fairly quiet, even with the decent-size bus loop, which is a nice change of pace.

Edmonds Station is…forgettable. It’s not particularly well-kept, there’s not a lot going on in the area, and the transit options are fairly specific to a select group of people. Also, one side of the platform doesn’t have its own exit.