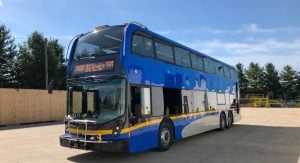 TransLink has announced that the first batch of these new double-decker buses will serve the following routes:

Furthermore, TransLink has also placed an order for 25 more. They are expected to arrive in Fall 2020. 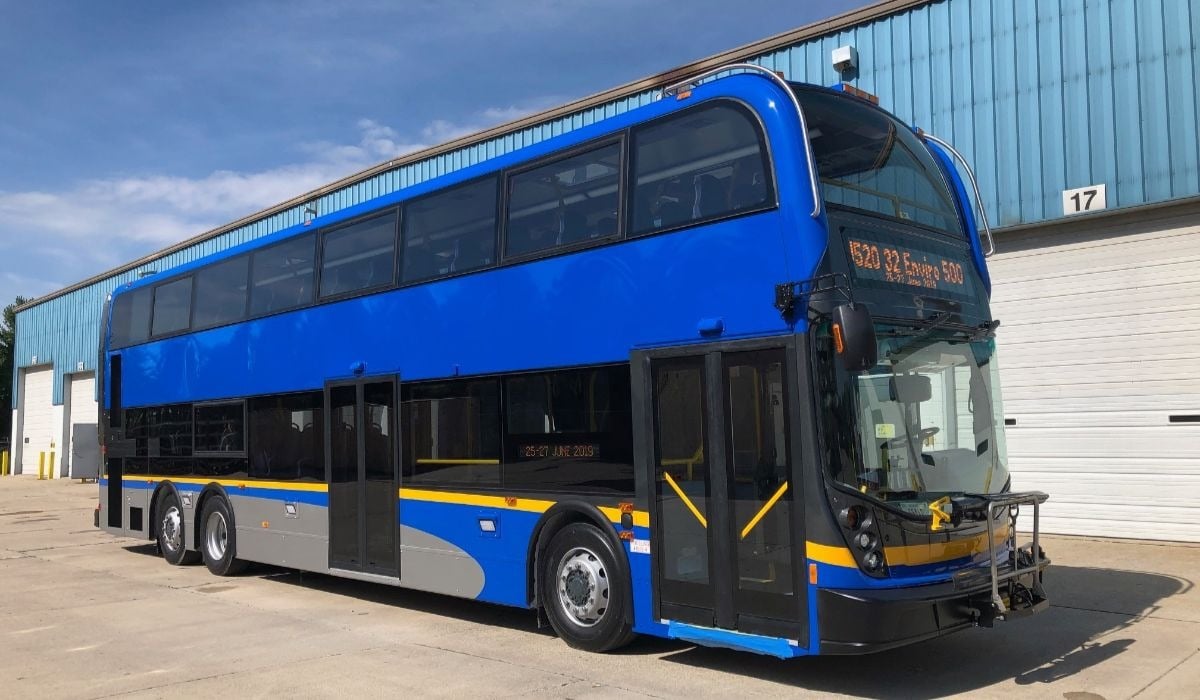 The fleet consists of 32 buses, all of which are standard-length. The additional floor increases the number of seats to approximately 83.

Before climbing the stairs, which are well-lit and equipped with handrails, riders will be able to see the top floor via security cameras. It remains to be seen how effective and helpful the cameras will be, specifically as it relates to identifying empty seats.

In addition, the lower floor, similar to many of the current buses, are wheelchair-friendly.

Besides the panoramic views from the top deck, the coolest feature, however, are the rumoured USB charging outlets.

The double-deckers are expected to serve the long routes that run between Vancouver, Surrey, Langley, Delta, and White Rock. 27 of the 32 will replace aging vehicles, and the remaining 5 for service expansions.

A bus manufacturer based in the UK named Alexander Dennis designs the buses.

These double-decker buses were first announced in March 2018, and could be on the road as early as this fall, after undergoing inspection and testing.

For more transit developments and local news, stay tuned to our News section!