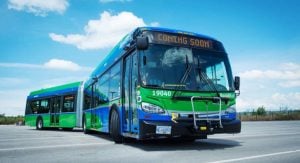 On Tuesday morning, Translink announced the launch of a new RapidBus service that’s set to begin operating in January 2020.

The new service builds off of the success of the existing B-Line buses and the limited-stops strategy.

The new service will be able to move 12,000 riders during rush hour between 11 municipalities, through five newly-established routes:

The current 95 B-Line and 96 B-Line are being rebranded and will be part of this new RapidBus service, while the 99 B-Line is expected to remain as-is. 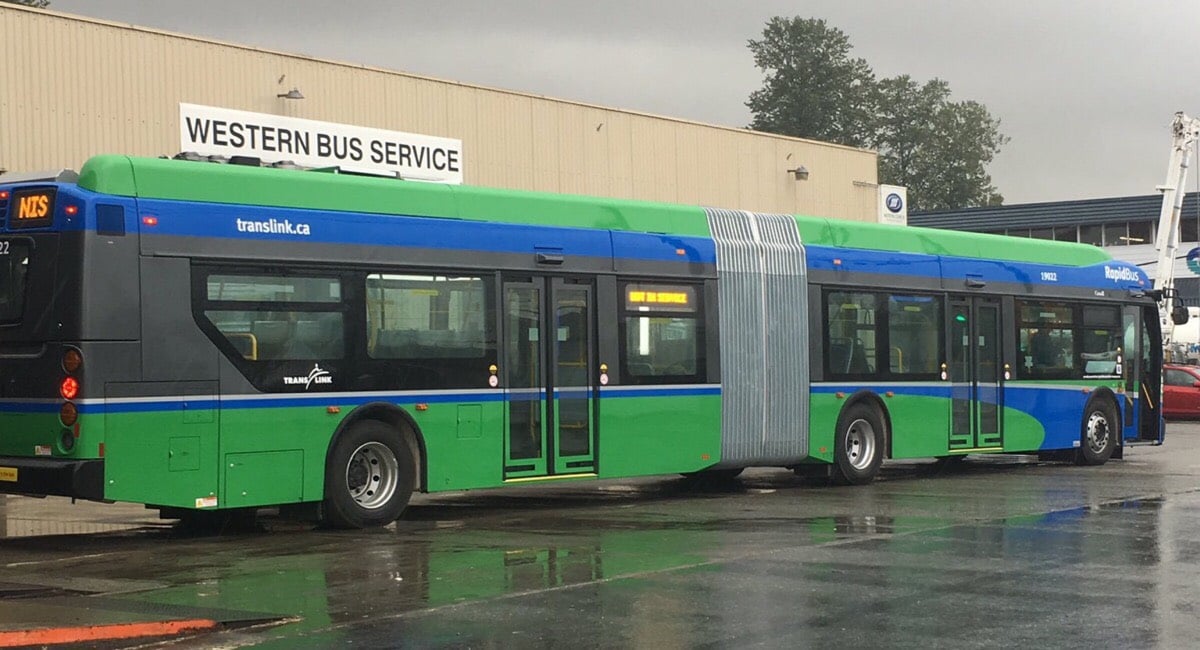 Before Translink CEO Kevin Desmond began the press conference, he humorously pointed out the fleet of buses that were on display behind him, and they are, in fact, noteworthy.

The 60-feet buses are coloured with a blue and green, Vancouver Canucks-like, scheme. The colours were chosen to be the official colours of the RapidBus service, partially to be eye-catching, allowing riders to quickly identify them.

Each bus will also have free on-board Wi-Fi and “dynamic on-board wayfinding.”

The RapidBus service is also expected to have dedicated stops, identifiable by special bus shelters, and come equipped with real-time next-bus information displays.

At the press conference, Translink CEO Kevin Desmond said that the new service was the product of feedback from riders, inspiration from transit systems in other North American cities, and municipal partnerships.

For more transit updates and local news, stay tuned to our News section!