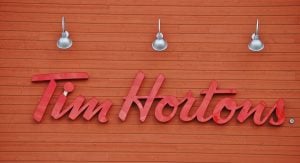 Tim Hortons announced yesterday that is removing all Beyond Meat products from remaining locations in Ontario and British Columbia.

A spokeswoman for Tim Hortons’ parent company said that there wasn’t enough requisite demand. She also said that Tim Hortons will continue exploring plant-based options, although nothing is currently in the works.

Tim Hortons has announced it’s pulling Beyond Meat burgers and breakfast sandwiches from all markets except Ontario and British Columbia.

As if we needed another reason to go besides coffee and Timbits, Tim Hortons is now selling burgers.

These are not your regular burgers, however; they’re Beyond Meat burgers.

Beyond Meat (BYND) is a California-based company that specializes in plant-based meat alternatives. The company’s patties contain no meat, but taste like they do, so much so that the buzz the company has drawn resulted in a successful Initial Public Offering and surge in stock.

Several fast-food chains in the U.S. have already partnered with Beyond Meat, such as Carl Jr.’s, Del Taco, and T.G.I. Fridays. Beyond Meat products are also available in grocery stores like Target and Whole Foods.

In a press release this week, Tim Hortons announced it was adding the Beyond Burger and BBQ Beyond Burger to the menus of their 4000-or-so stores across the nation. Both burgers will be priced at $5.69, and will be available as part of a combo. 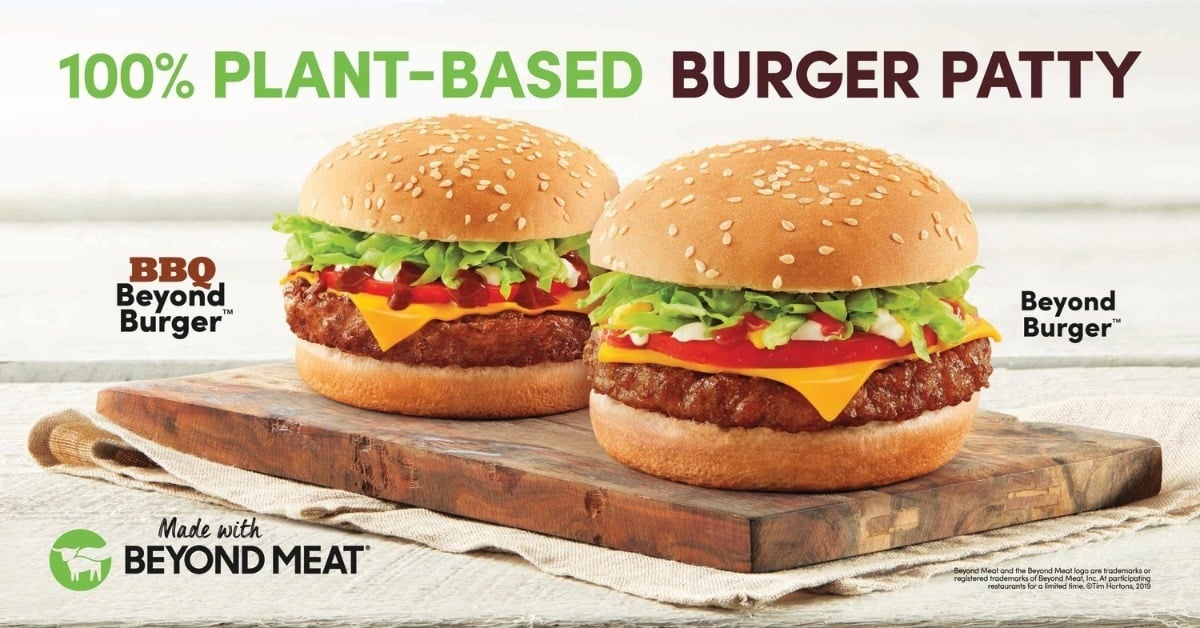 Tim Hortons is owned by Restaurant Brands International. The company also owns Burger King, which sells a plant-based meat alternative of their own, produced by Impossible Foods, a Beyond Meat competitor.

RELATED: Starbucks Can Soon Be Delivered To Your Door, Thanks To Uber Eats

Besides being an appealing food option for people on no-meat diets, plant-based meat alternatives also have several other benefits.

One such benefit is a reduction in the questionable treatment of animals. Animals raised in farms are also often fed anti-biotics to prevent illnesses from spreading, which then builds up our own resistance to anti-biotics once we consume them.

Another positive byproduct of this is a dramatic reduction in greenhouse gases produced by factories, as well as the methane released by cows.

RELATED: McDonald’s Might Be On The Verge of Joining The Fake-Meat Craze

For more updates on new restaurants and food news, check out our Food section!