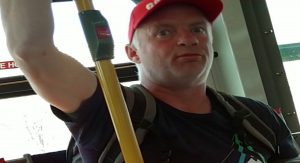 A suspect wanted for a racist attack in Vancouver was found dead of a drug overdose.

Metro Vancouver Transit Police were looking for a man who attacked a woman on the bus. It happened near Main and Hastings, causing injuries to the victim’s legs and scalp.

The public helped police identify the 48-year-old man. He had no fixed address and was known to the police.

“The investigation determined that the suspect passed away from an apparent drug overdose approximately one week after this incident,” said a release from Transit Police.

The racist attack was one of many throughout Vancouver recently, including another incident on the SkyTrain.