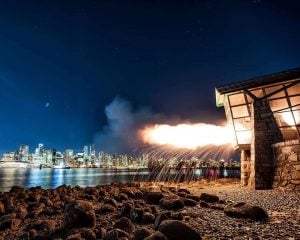 You may have heard the boom of Stanley Park’s 9 O’Clock Gun, but its history extends nearly two centuries and many travels.

The cannon is located near the shores at Stanley Park and holds a long-standing tradition. It goes off every night at 9 pm with a loud boom. 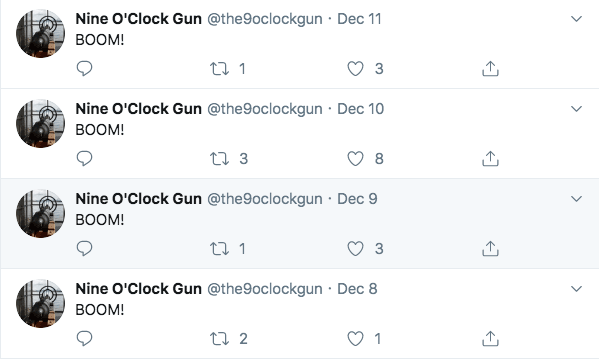 The naval cannon was made in 1816 in London. It has a marking on it, showing King George III was ruling at the time.

In 1856, the British government gave away 16 guns to Canadian provinces, with at least three coming to the West Coast.

Two of those were later melted down in 1940, as part of the war effort. But the Nine O’Clock Gun remained.

The gun was first sent to Nanaimo, then to Esquimalt, when the British and the U.S argued over the placement of the international border.

Then in 1898, the landmark was finally installed at Stanley Park. It first fired October 5 of that year, according to a local newspaper.

What Is It Used For?

The reason for its installation is not entirely clear.

The most common explanation says the cannon was installed to alert salmon fishermen at 6 pm each day that it was time for closing. Others say it was used for that reason on Sundays only.

The 1939 interview said, “the ships in the harbour had no means of checking their time and, as Victoria had a gun that was fired at noon for the purpose of regulating ships’ chronometers, ship captains asked for one here.”

Nowadays, the landmark is enclosed for a specific reason: thievery.

The Stanley Park cannon was once stolen and held by UBC engineering students in 1969.

They held onto it for a $100 ransom, to be donated to BC Children’s Hospital. The ransom managed to raise about $400. Following the incident, the canon was enclosed.

But it didn’t stop another group of UBC engineering students to mess with it again. In 2008, the students painted it red. The cannon had been bolted down by this point, making any kidnapping plans impossible.

The landmark was also struck by lightening in 1960, which resulted in electrical issues. It went off at 9:40 pm instead, when the signalman couldn’t get it to fire earlier.

It has since of course, been restored.

The cannon has seen a lot of life over the last 200 years, proving it sure has had a blast.

If you love history, read about the Great Vancouver Fire, which burned the city to the ground just as it was coming into its own.

If you liked this article, check out our History section!