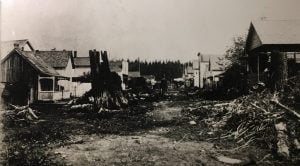 On Sunday, June 13th, 1886, a great fire destroyed the city of Vancouver, just as construction of the city began.

Vancouver was just months old when, on this particularly hot afternoon, wind blew flames from a forest-clearing fire onto dry bush west of the city.

Vancouver was destroyed in under an hour. Some say it took less than 45 minutes. Others say as little as 20.

The great fire tore through the land the Canadian Pacific Railway sat on, land that makes up a large portion of what we now refer to as Downtown Vancouver.

By all reports, approximately 1,000 buildings were burned to the ground.

All but a few stone and brick buildings, primarily in Gastown, Yaletown, and the West End, survived. 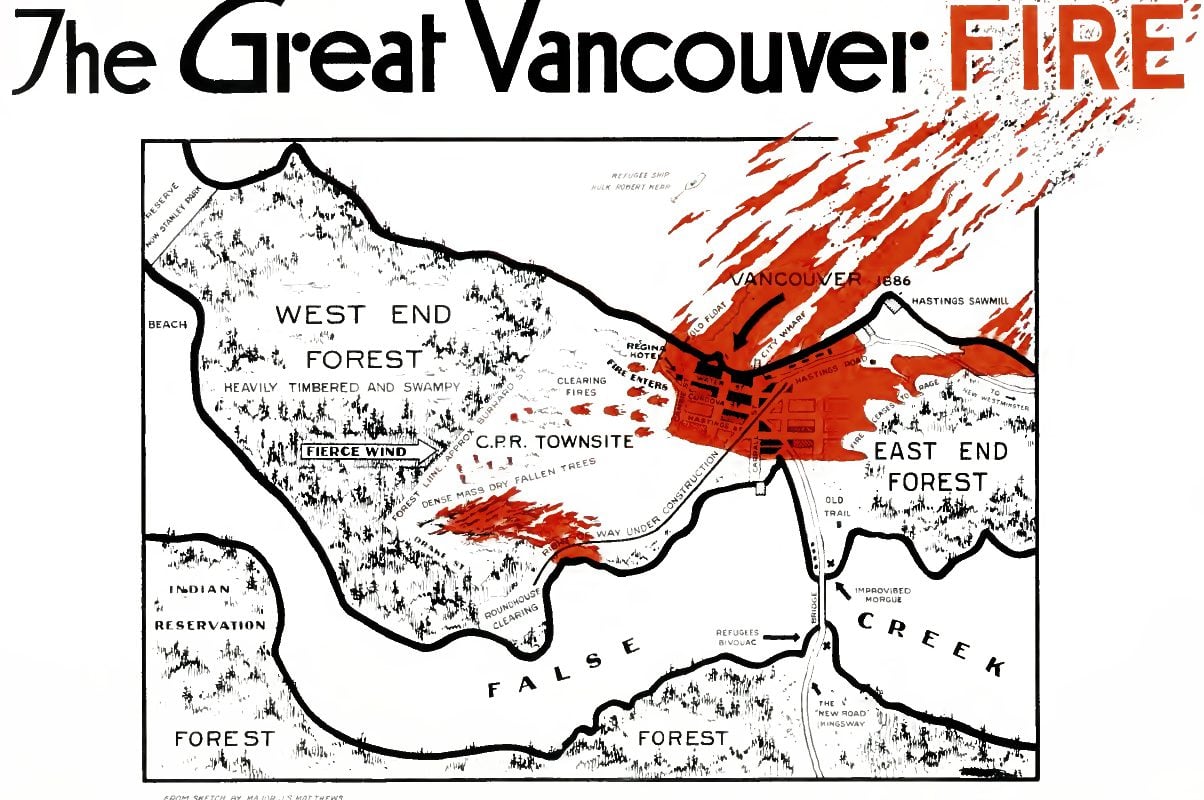 The fire resulted in an estimated $1.3 million in damages, which is about $29.6 million when adjusted for inflation.

“Many dead could have been burned without a trace and the nature of the town was such that there were many transients whose names would not have been known”, writes JP McGlynn,

For many, the first sign of trouble was the bell at the St. James Anglican Church. Originally on Powell and Westminster Road (Gore Ave. and Cordova St. currently), the bell was rung after clouds of smoke began to engulf Vancouver.

That bell was soon turned into a lump of metal. It’s now on display at the Museum of Vancouver.

This is part one of our two-part series on the Great Vancouver Fire. You can find part two, on how Vancouver rebuilt itself after the fire, here.