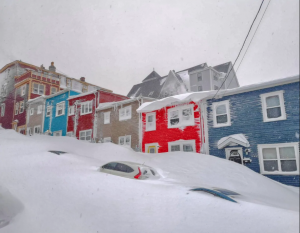 Vancouver faced a snowstorm last week that had us crawling back to bed, but it’s nothing compared to what Newfoundland has.

Our snowstorm caused delays and closures with highways, ferries and transit. But while we received just under 40 cm of snow last week, Newfoundland has gotten 93 cm in some parts.

RELATED: While We Fought The Snow, Alberta Made A 23-Ft Snowman With A Trackhoe

The unprecedented snowfall in St. John's buried countless cars overnight, including this one. #NLStorm2020 pic.twitter.com/oYDY3ujbJG

St. John’s International Airport got 76.2 cm of snow, which is the highest measured at the airport since 1942, when record-keeping began.

While Vancouverites chose not to leave their houses during our snowstorm, some Newfoundlanders literally can’t.

Friend: Holy f*ck what are ya gonna do???
Me: *cracks a storm beer* #snowmaggedon2020 #nlblizzard2020 #Newfoundland #blizzard #StateofEmergency #stormchips pic.twitter.com/ix78E99d0c

My cousin’s garage door after the snow storm in Newfoundland. pic.twitter.com/DLH3QSo7kB

But some are managing to make the most out of being snowed in, by using it to ice their beers.

This week a big snow storm hit Newfoundland, Canada, and rather than dig themselves out, some decided to get creative and turn their front door entrances into beer fridges pic.twitter.com/SOyOgsuEAI

Environment Canada said there would also be extreme winds during the snowstorm in Newfoundland. The highest was 171 km/hour on Green Island off Fortune Bay.

As some Vancouverites skied down streets during our brief snow period, Newfies chose to snowboard.

Regardless, let’s hope this clears out for our East Coast neighbours soon. 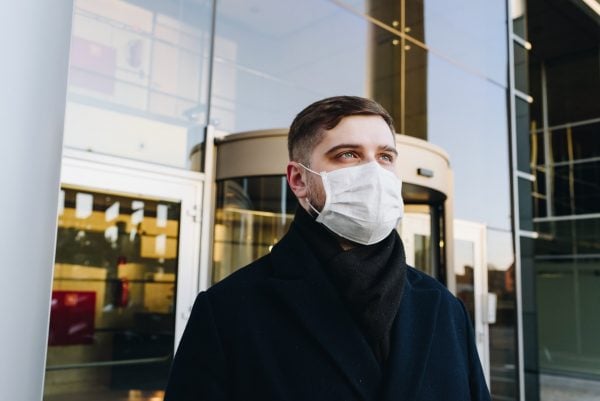