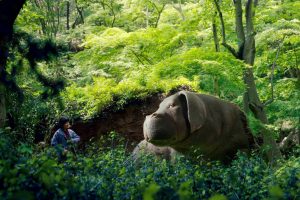 Netflix-filmed shows and movies have rapidly become a Vancouver staple as their original programming continues to expand.

They even have an eight year deal with Skydance Media’ which opened a 75,000 square food production studio in Surrey back in 2016.The streaming giant leases other space for productions such Martini Film Studios in Langley.

Netflix recently announced a new production hub in Toronto with the leasing of around 250,000 square feet of space. While this means more Netflix content being filmed and produced to the east, Vancouver is still a staple for their content.

Take a look at some of your favourite past, present and future Netflix shows and movies that have filmed in Vancouver:

To All the Boys I’ve Loved Before

The 2018 teen romance based on the novel of the same name was a big hit with high schoolers. It filmed in Vancouver in the summer of 2017. A sequel has been confirmed and will also film in Vancouver this March.

This new martial arts drama is slated to drop on Netflix sometime in 2019. The first season filmed in Vancouver from August to November 2018.

The beloved children’s book series was adapted into a series and starred Neil Patrick Harris of Doogie Howser and Barney Stinson fame. All twelve books in the series were adapted across the there seasons.

"Wrong", a word which here means: everything about the final season of this show. Now streaming, unfortunately. pic.twitter.com/U0sBhE6mZZ

Joel Kinnaman played Takeshi Kovacs in Season 1 and Anthony Mackie will take over the character in Season 2. The dystopian sci-fi ‘cyberpunk’ series is adapted from a 2002 novel.

The Sabrina the Teenage Witch character is re-imagined in this Archie Comics adaptation. Netflix split the first season into two parts, the second of which airs April 5, 2019. The series has been renewed for a second season, also being split into two parts.

YouTuber Colleen Ballinger got to take her character of Miranda Sings and turn it into a comedy show on Netflix. The show had 2 seasons and had guest stars like Ben Stiller and Frankie Grande.

Netflix and Showcase co-produced this science fiction series for its first two seasons. Netflix then took over as the sole production company and distributor for the final two seasons. It starred Canadian-American actor Eric McCormack know for Will & Grace.

This murder mystery was based on a Danish series, set in Seattle and filmed in Vancouver. AMC cancelled it and Netflix soon took over. It had four seasons in total.

Japanese manga turned live-action in this supernatural and psychological thriller movie. It filmed in Vancouver during summer 2016.

Keep your eye on the prize. #DeathNote

This comedy starring Ali Wong and Randall park had a slew of of special cast members including Keanu Reeves, Daniel Dae Kim, Karan Soni and Vivan Bang. It filmed in Vancouver during the spring of 2018 and is slated to release on Netflix sometime in 2019.

Screenwriter and director Bong Joon-ho (The Host, Snowpiercer) combined South Korean and Hollywood actors in this 2017 action-adventure. It filmed in Seoul and Vancouver.

Here she is. The one, the only. OKJA. Now streaming. pic.twitter.com/cKrKwpJpIm

Aside from streaming mammoths like Netflix, Amazon and Hulu all having recent productions in Vancouver, the likes of Facebook and YouTube are also looking to Vancouver.