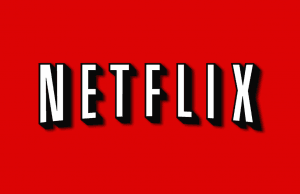 Life, death and everything inbetween are explored in Netflix’s newest big-budget science fiction series Altered Carbon. The series is based on the novel of the same name by Richard K. Morgan and was ordered by Netflix 15 years after the novel was first published in 2002. It filmed it’s 10-episode first season right here in Hollywood North from November 2016 until June 2017.

Skydance Studios unveiled today in #Surrey with #AlteredCarbon crew. Thanks to the community for the warm welcome! pic.twitter.com/aoYQyVNOnA

Surrey’s new Skydance Media studio played home to the production of Altered Carbon. The studio set up shop in 2016 with a 75,000 square-foot production studio which complemented their new 8-year Netflix deal.

Altered Carbon stars Joel Kinnaman known for DC’s Suicide Squad and AMC’s The Killing which was adapted from a Danish series and filmed in Vancouver.  Local actress Kristin Lehman who was in the first two seasons of The Killing and was lead in the Canadian police drama Motive is also cast in Altered Carbon.

Altered Carbon, one of many shows filmed in #SurreyBC, debuts on Netflix today! https://t.co/S78ovIITv1

“In the distant future, human consciousness can be digitized and downloaded into different bodies. Brought back to life after 250 years by Laurens Bancroft (James Purefoy) the richest man on Earth, ex-Envoy soldier Takeshi Kovacs (Joel Kinnaman / Will Yun Lee) must solve Bancroft’s attempted murder for the chance to live again in a world he doesn’t recognize.”

Netflix came up with some creative marketing for Altered Carbon in West Hollywood with a life-life bus stop ad:

A bus stop ad for a new Netflix show in West Hollywood is creeping some people out. What do you think? https://t.co/Ienc0MNeV9 (@ginasilvafox11 reports) pic.twitter.com/CLQm5aEzNw