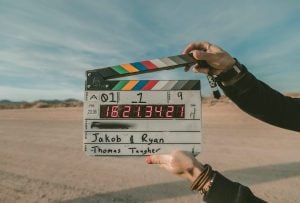 Some of your favourite binge-worthy streaming shows are filmed right here in Vancouver.

While Netflix has become a staple name in Hollywood North over the past few years, the BC film industry can now look forward to more streaming productions from the likes of Facebook and YouTube.

Earlier this year, Facebook announced production for its first original scripted drama series for the Facebook Watch platform: Sacred Lies (working title). The series is scheduled to film in and around Vancouver from March 15th to May 25th. A 10-episode first season has been green lit and will contain half-hour episodes.

The drama is based on a classic Grimm Brothers tale, The Handless Maiden, as well as the novel The Scared Lies of Minnow Bly by Stephanie Oakes.It’s about a handless teen who escapes a cult.

Likewise, YouTube Red is shooting a pilot episode for Widow around town from February 20th to 27th. The dark drama is about a woman whose husband dies during a rough patch in their marriage.

Netflix has dozens of new original programming on the way to a device near you. The mammoth is scheduled to shoot The Chilling Adventures of Sabrina, a reboot of the beloved Sabrina the Teenage Witch character, in Vancouver starting March 19. Mad Men‘s Kiernan Shipka will play Sabrina Spellman.

Did you know these other Netflix productions have been filmed in Vancouver?

Is this a dream or a nightmare?

Some of Netflix’s original films have also been filmed in Vancouver including Death Note (2017) the American movie adaptation of the Japanese manga series and the action-adventure film Okja (2017) which also filmed in South Korea.

Other streaming services have also invested in Vancouver including Hulu (Shut Eye) and Amazon Prime (The Man in The High Castle).