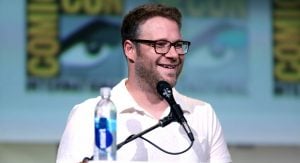 Continue searching for celebs in Vancouver throughout July as there’s plenty of stars to admire and hunt down:

Mean Girl Amanda Seyfried is filming The Art of Racing in The Rain in town until July 23. She’s been enjoying Beautiful British Columbia inbetween shoots with husband and fellow actor Thomas Sadoski.

This Is Us star Milo Ventimiglia stars in The Art of Racing in The Rain which also features Kathy Baker, Gary Cole, Martin Donovan and Kevin Costner as Enzo the dog’s voice.

Cyclops aka James Marsden is set to star in the live-action & CGI animation Sonic the Hedgehog movie. It starts filming in town on July 30.

James Marsden to star in Sonic the Hedgehog movie! https://t.co/KOidHRciyx

Legolas aka Orlando Bloom is in Vancouver to film the time travel drama movie Needline in a Timestack. Production is scheduled until July 24.

wana hang backstage after @killerjoeplay joe? 🤠 we're partnering with @unicef to support children around the world – check it out, give back and lets hang 🙏🏻 visit the link in my bio!

Slumdog Millionarie star Freida Pinto is no stranger to Vancouver having filmed 2011’s Rise of the Planet of The Apes in Vancouver with James Franco. She’s back filming Needle in a Timestack.

A slice of paradise.

Tony Award winner Leslie Odom Jr from Broadway’s Hamilton time travels to a different era than he’s used to on stage in Needle in a Timestack.

The actor you love or hate. Nicolas Cage brings his style to action-thriller A Score to Settle.

Nicolas Cage is back filming in the Okanagan.
Cage is a mobster released from prison after 22 years inside in A Score To Settle.
DETAILS: https://t.co/bpaBhXQ4SC pic.twitter.com/leCLTwsexm

‘The One’ Keanu Reeves is getting ready for John Wick 3 but will also appear in the new Netflix comedy, Always Be My Maybe.

Stand-up comedian and former writer of ABC’s sitcom Fresh Off the Boat, Ali Wong is also an actress. She joins friend Randall Park in a new romantic comedy project for Netflix called Always Be My Maybe.

Date nights are harder and harder to come by with two kids. But I was determined to eat at @anhandchi before leaving Vancouver. Their beef water spinach salad is to die for. I’ve never had that at any other Vietnamese restaurant. It was a pleasure to meet fellow working Jungle mama @thuymeetsworld and #ChucMungSinhNhat to you!!! Bonus pit stop at @earnesticecream for their famous Whiskey Hazelnut after.

Fresh Off the Boat star Randall Park has filmed in Vancouver before for The Interview starring Seth Rogen and James Franco.

Should've casted me for Iron Fist.

Dopinder aka Karan Soni is no stranger to Vancouver having filmed Deadpool and its sequel here. He’ll be appearing in the Netflix comedy Always Be My Maybe.

Lost and Hawaii 5-O star Daniel Dae Kim is back in Vancouver for Season 2 of The Good Doctor which he produces. He’s also set to appear in Always Be My Maybe.

Cheering on our very own #FreddieHighmore with fingers crossed and a full heart. #TheGoodDoctor (and #BatesMotel!) fans, please join me in wishing him good luck at tonight’s #goldenglobes!🙌🏼

Hollywood A-List actor Chris Pratt will be in Vancouver for his next big action adventure movie Cowboy Ninja Viking which is based on a comic book series. His now-ex Anna Farris was in town last year shooting the remake of Overboard which was released earlier this year.

Met a ton of awesome folks today while unveiling the T-Rex at the Grove in LA, including this cute kid named Ryder. To see the look on his face when I signed his dinosaur tooth, that’s what it’s all about. I remember where I was when I saw #jurassicpark for the first time. It’s such an honor to help usher in a new generation of Jurassic fans! #jurassicworldfallenkingdom

The blockbuster was already scheduled for production this summer and recently hired 2 new writers to get it up to speed.

Disney teen star Dove Cameron reprises her role in The Descendants 3 which shoots til July 3.

Vancouver’s very own Grace Park was recently recast to the series A Million Little Things, replacing an actress from the pilot episode.

Amanda Seyfried‘s husband and fellow actor Thomas Sadoski has joined her in Vancouver while she’s filming The Art of Racing in The Rain. The couple has hit up a Whitecaps game and checked out Bard on the Beach.

Check out their adventures in British Columbia

Local boy turned Hollywood A-lister Jacob Tremblay has filmed a number of big movies in his hometown including Wonder with Julia Roberts and Predator with Olivia Munn. Good Boys is about a 12 year old who skips school and has one hell of a day. It’s scheduled to film in town from July 16 to August 23. It’s slated for release next year on August 16, 2019.

#Sorry, but I will always be proud to be a Canadian #Eh! Happy Canada Day to all my fellow Canadians from sea to shining sea! 🍁🍁🍁 #tb

Me and Zelda gotta co-ordinate.

So, what’s the sitch? Kim Possible is getting a live-action TV movie for The Disney Channel! Newcomer Sadie Stanley stars as Kim Possible and films in town until July 23.

HAPPY CANADA DAY!!🇨🇦🇨🇦🇨🇦 WE LOVE CANADA SO MUCH ANYONE FROM HERE PLEASE ADOPT ME THANKS

Pitch Perfect star, Tony and Grammy award winner Ben Platt gets his first film lead in the drama Love & Oatmeal. He was critically acclaimed and won a Tony for his performance in the Broadway musical Dear Evan Hansen.The film is scheduled to start shooting in town from June 4.

Throwback to 6 AM post-Tony’s french toast. Can’t wait to watch so many brilliant friends shine on Sunday! #tbt

Aunt Becky aka Lori Loughlin is filming When Calls The Heart season 6 in town.

I promise I did not pay @martincummins_ but I probably should. 🤣 Thank you Martin! I feel the same way about you! @hallmarkchannel #hearties ❤️

Mad Men’s Kiernan Shipka stars in The Chilling Adventures of Sabrina which films in Vancouver til December 5.

Ross Lynch co-stars in The Chilling Adventures of Sabrina as boyfriend Harvey Kinkle.

This is gonna be good. I can’t wait too.

The OC star Rachel Bilson stars in the new dramedy Take Two for ABC which films until July 23. Season 1 is currently airing on TV.

Laughter is good for the soul!! What a wonderful installation. Wishing everyone a weekend full of belly laughs 😁 #a-maz-inglaughter #vancouver

From J-Lo’s daughter in Shades of Blue to starring in her show, the reboot of Charmed. Vancouver’s Sarah Jeffery is on the rise!

one of my favorite parts of working on this show was getting to create a real and honest mother/daughter relationship with @jlo… there are some really special moments this season, tune in tonight at 10/9c on NBC to catch a couple 💙

Aussie actress Radha Mitchell stars in a coming of age movie All My Tomorrows filming in Vancouver til July 28.

Vancouver’s own Tiera Skovbye who plays Polly Cooper in Riverdale also stars in All My Tomorrows.

Don’t look back, there’s nothing there for you. 📸 @megantoriglia

"On the Fourth of July, just after dawn…" The day that started it all. Happy #4thOfJuly! #Riverdale

Mexico City One, Live On Tour.

Future headlines FVDED in The Park 2018 in Surrey on Friday July 6.

Counting how many BET parties I curved 😂

ready to go into hiding.