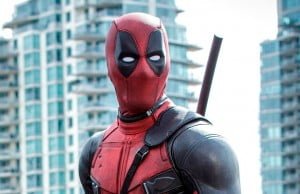 There are 14 movies shooting in and around Vancouver this June including 6 feature films and 8 television movies of the week.

May was an interesting month for big feature films in Vancouver. Production for the blockbuster installment of the Predator franchise brought an army of soldiers and armoured personnel carrier to New Westminster as well as a crashed-UFO set.

To continue the excitement in New Westminster, Big Star Sandwich lured Hollywood A-lister Liam Neeson who was filming Hard Powder nearby to stop in for a visit. On the other hand Fever Heart starring Alexander Skarsgard and Cara Delevingne was previously scheduled to start filming around town in May but has been updated to begin production in September.

Other productions continue into June while the uber popular Vancouver-Ryan-Reynold’s starring Deadpool 2 gears up. Later this summer, the China-set action flick Skyscraper starring the most electrifying man in entertainment, Dwayne “The Rock” Johnson is scheduled to film in Vancouver too.

Here are all the feature films scheduled to film in and around Vancouver this month. 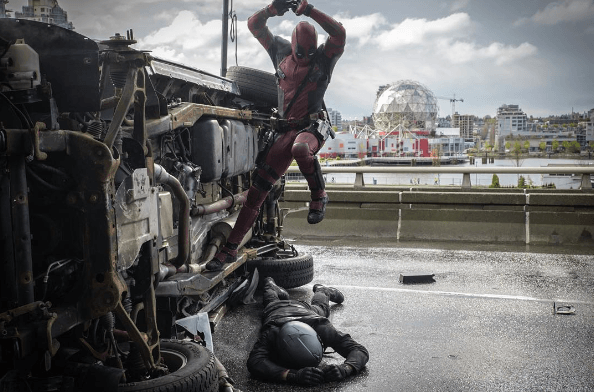 Ryan Reynolds aka Vancity Reynolds is back as the Merc with a mouth in the highly-anticipated R-rated sequel Deadpool 2 aka Love Machine – as it’s known around town under its project name. Reynolds reprises his role as Wade Wilson / Deadpool from the first film which also filmed around Vancouver and went on to be the highest-grossing R-rated film of all time. It pumped over $40 million into the provincial economy during production as the eight installment of the X-Men film series within the Marvel Universe.

Thank you @gq and Anna Peele for letting me jump in the sandbox with you. I'm actually wearing three suits, if you include the lace body-stocking under the 'Pool suit. #Repost @gq ・・・ GQ Man of the Year Ryan Reynolds is the hero we need right now. Read the story and see more photos at the link in bio. (? @alasdairmclellan) #GQMOTY

A remake of the 1987 comedy which starred Goldie Hawn and Kurt Russell is currently underway. It’s about a wealthy yacht owner who is thrown overboard and gets a taste of their own medicine. The story was also adapted into a South Korean television drama series called Couple or Trouble in 2006. 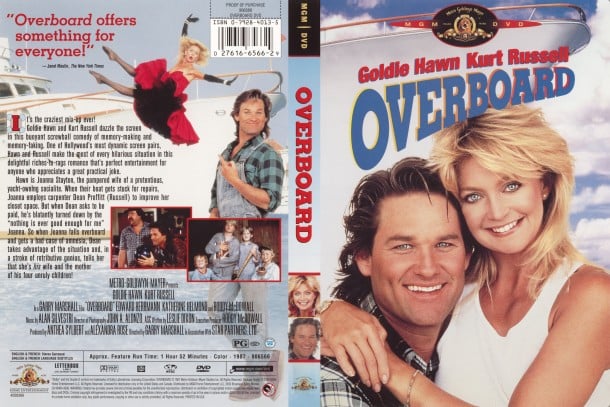 Filming in Kelowna, Vernon and surrounding areas is scheduled to run through June 26th. Last year the Okanagan also served as backdrop for movies like Power Rangers and The Humanity Project starring Nicolas Cage. 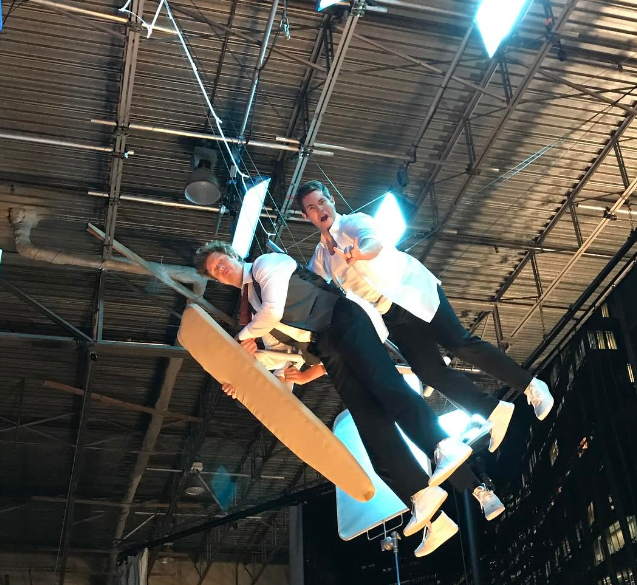 Filming is wrapping up for the action-comedy from the guys behind the Mail Order Comedy group on YouTube and the Workaholics series on Comedy Central. The guys are finally all starring in their own movie together. The “Die Hard in a hotel” flick is being backed by writing and producing partners Seth Rogen and Evan Goldberg who are both from Vancouver and attended Point Grey Secondary. They wrote the their 2007 hit comedy Superbad based on experiences from school.

See more pictures of the Game Over, Man! cast and crew around Vancouver.

If your brother accidently kills a gangster’s brother and you are tasked with killing off one of your own family members… what would you do? Production of this gritty crime drama is on hiatus according to CreativeBC, with a return date TBD.

Holiday movies, a Psych reunion and Katharine McPhee!? Television movies of the week aka MOW’s aka TV movies have something for everyone:

Calling all Psych-O’s! The fan base for the popular TV show Psych, which filmed in Vancouver, is finally getting a follow-up movie to the show’s eight seasons and 120+ episodes which came to an end in 2014. Filming for the two-hour holiday “reunion” special, which will air this December on USA Network, takes place in Vancouver and San Francisco.

Catherine Zeta-Jones plays Griselda Blanco in Lifetime’s Cocaine Godmother – about the Miami based drug queen from the 70’s and 80’s. It premieres in 2018.

On to my next project! @hollywoodreporter

Countdown to Love is being directed by Christie Will Wolf who splits her time between LA and Vancouver.

Hallmark is stocking up on Signed, Sealed, Delivered movies for its Movies & Mysteries channel as production is green lit for the 8th and 9th installments this summer and a 10th is expected later this year too. The series began as a TV series which had one season and was then expanded by a two-hour “backdoor pilot” movie which cemented its rebranding as TV movies. it stars Eric Mabius, Kristin Booth, Geoff Gustafson and Vancouver’s Crystal Lowe.

Hallmark Movies & Mysteries is showing Signed, Sealed, Delivered as part of their Mother's Day Marathon this Sunday. It will start with From Paris With Love at 9:00 am and go through Higher Ground starting at 9:00 pm EST. #signedsealeddelivered #POstables #mothersday #moviemarathon #hallmarkchannel #hallmarkmovies #hallmarkmoviesandmysteries #hallmarkmoviemarathon

Last year’s Autumn in the Vineyard which starred Rachael Leigh Cook and Brendan Penny also filmed in Vancouver for Hallmark.

The Lost Wife of Robert Durst
Filming schedule: Until June 21, 2017

American Idol alum (Season 5 runner-up) Katharine McPhee is set to star in Lifetime’s movie The Lost Wife of Robert Durst based on the book “A Deadly Secret” by Matt Birkbeck. Because production was moved up, McPhee had to forego a World Vision humanitarian trip obligation because of conflicting schedules, she took to Twitter to announce she would make a donation in her absence and make the trip at a later date. She plays the wife, Kathie Durst, in the chilling mystery about who killed her.

My home for the next month in #Vancouver working/shooting on a project called The Lost Wife of Robert Durst. For those who were following my upcoming trip to Jordan with this AMAZING organization @worldvisionusa, I had to cancel my trip last minute when production came to me and moved up the start date. I was so sad that I had to bail from a commitment I made to them but also had already been in contract with this film from 4 weeks ago. I always like to honor my word but there wasn't much I could do. I'm thrilled to be working up here and on this new project but also wanted to share my disappointment that the dates didn't work. I will get on another trip with this organization and will be making a donation in honor of my absence. Wanted to keep those who were interested in my journey there aware. ❤️?

All filming schedule dates are courtesy of Creative BC (CRBC) and What’sFilming (WF), subject to change.