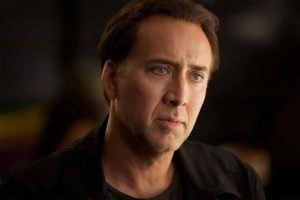 So what’s the sitch? Well, last month the live-action Kim Possible television movie started filming in Vancouver. There were at least 15 fantastic movies filming in Vancouver throughout June including drama The Art of Racing in The Rain with Amanda Seyfried and Milo Ventimiglia.

Similarly, a number of interesting movies are on this month’s film roster:

Pitch Perfect star, Tony and Grammy award winner Ben Platt gets his first film lead in the drama Love & Oatmeal. He was critically acclaimed and won a Tony for his performance in the Broadway musical Dear Evan Hansen. He is joined by Gone Girl star Lola Kirke and Vancouver’s Debs Howard. The film is wrapped up filming in Vancouver last month.

Australian actress Radha Mitchell stars in this coming of age storing which shoots in town til July 28. Vancouver’s own Tiera Skovbye who plays Polly Cooper in Riverdale and had a role on the last season of Once Upon a Time also stars.

This Ali Wong and Randall Park project unites the two comedians on screen in a romantic comedy for Netflix. They are both involved in ABC’s sitcom Fresh Off The Boat which Wong writes for and Park stars in. Park previously filmed in Vancouver for The Interview with James Franco and Seth Rogen.

Their Fresh Off the Boat show runner Nahnatchka Khan makes her directorial debut in this movie. It is expected to shoot in town until July 6.

SO. MUCH. FUN. working with the beautiful and supertalented @aliwong. If you haven’t seen #BabyCobra or #HardKnockWife on #Netflix, run, don’t walk! But then sit, don’t stand. #AlwaysBeMyMaybe

Keanus Reeves and Daniel Dae Kim have been added to the cast. Kim is known for his role in Lost and for being an Executive Producer behind the Vancouver-filmed medical drama The Good Doctor – which started filming Season 2 at the end of last month.

As mentioned a long time ago by @lemon_buzz , #AScoreToSettle starring Nicolas Cage will be filming in BC. Dates June 24-July 14 in the Kelowna area via DGC. pic.twitter.com/vPOmIM6IGh

Jurassic World, Guardians of the Galaxy and Parks & Rec star Chris Pratt is set to be in Vancouver this summer for this action adventure movie based on a comic book series. In addition, his now-ex Anna Farris was in town last year shooting the remake of Overboard which was released in May. The blockbuster was scheduled to start production last month. It recently hired 2 new writers to get it up to speed.

Met a ton of awesome folks today while unveiling the T-Rex at the Grove in LA, including this cute kid named Ryder. To see the look on his face when I signed his dinosaur tooth, that’s what it’s all about. I remember where I was when I saw #jurassicpark for the first time. It’s such an honor to help usher in a new generation of Jurassic fans! #jurassicworldfallenkingdom

I FOUND HIM!!! If you can believe it you can achieve it!!! #TheHuntForDeadpool #MissionAccomplished Thanks @VancityReynolds you are the greatest!

Tremblay has filmed a number of big movies locally including Wonder with Julia Roberts and Predator with Olivia Munn. Good Boys is about a 12 year old who skips school and has one hell of a day. It’s scheduled to film in town from July 16 to August 23. It’s slated for release next year on August 16, 2019.

Had to give my first "sample" for drug testing. 😒 #weird #iameleven #justsayno

Former executive producer and director of American Crime, John Ridley goes sci-fi in this time travelling movie based on a book. It films in Vancouver from June 18 to July 24. Starring Freida Pinto, Leslie Odom Jr and Orlando Bloom.

Sonic is hitting the big screen on November 15, 2019 with a live-action and CGI animation movie. What’s more, filming and production is scheduled to start in Vancouver on July 30 and last until September 26. Slated filming locations include, Vancouver, Coquitlam, Burnaby and New York City. James Marsden and Tika Sumpter star.

The Art of Racing in the Rain

The film adaptation of Seattle author Garth Stein’s novel of the same name started filming in Vancouver at the end of April. What’s more, it star hollywood heavyweights Milo Ventimiglia, Amanda Seyfried and Kevin Costner a the dog’s voice. The stars can be spotted in town until July 23 when production wraps up

Dove Cameron and the rest of the Descendants cast is in Vancouver until July 7th. Also, this is the third instalment of the TV movie series for Disney.

when you & your friend are the only sane ones left

So, what’s the sitch? Kim Possible is getting a live-action TV movie for The Disney Channel! In addition, newcomer Sadie Stanley will play Kim Possible while Sean Giambrone from sitcom The Goldbergs will play Ron Stoppable. American Pie and How I Met Your Mother star Alyson Hannigan was also added to the cast. Scheduled to shoot in town until July 23.

SO excited to finally be able to talk about the amazing people joining the cast of #kimpossible !! @dancin_seabear and I have been waiting for the day where we could post with eachother😂 she will be playing a new character you’ve never met before named Athena! @tstashwick and @carbra_streisand are playing the villains Drakken and Shego and let me tell you, it’s going to be amazing! Connie Ray and Allison Hannigan will be playing my Nana and mom❤️ and @erikatham will be playing my frenemy, Bonnie! Absolutely adore every single one of you, this cast is phenomenal. I guarantee you guys will fall in love with all of these actors and the characters they play, even the villians😉