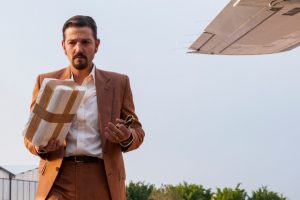 Another month, another batch of new content. Here’s what’s coming to and leaving Netflix in February 2020, with a few of our commendations bolded.

Despite new streaming services joining the fray in 2019, Netflix is still reportedly doing very well. Surprisingly, Netflix’s subscriber base actually grew in late-2019, despite Disney+ becoming a worthy adversary, with its extensive library of classics and cultural icon Baby Yoda.

Last week, legacy media company NBC announced the details of their own new streaming service, named Peacock. (That’s actually what it’s called.) Peacock will be launching with an impressive library of its own, with variety not found in Apple TV+ and classics such as The Office and Parks and Recreation that are sure to be a draw for many.

HBO’s streaming service, HBO Max, is also expected to be a major competitor when it officially launches. When it does, one of the most popular shows on Netflix, Friends, will be switching homes. Only time will tell whether or not Netflix will remain King then.