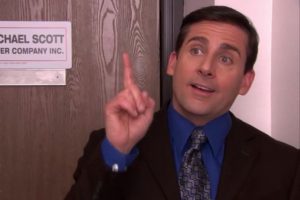 According to the Hollywood Reporter, Peacock will have multiple tiers of pricing. A free version of the service gives subscribers next-day access to “select shows, classic series and movies, sports and select premium programming.”

A higher tier will cost $5 USD a month. Both of those tiers will include ads, with an ad-free service priced at $10 USD. (The service will also be free, or $5, for some cable subscribers in the U.S.)

Peacock will launch to Comcast customers in the U.S. on April 15, 2020, and then nationally on July 15th, during NBC’s coverage of the Summer Olympics.

The streaming service is expected to launch with a library of 15,000 hours-worth of new and existing content, including exclusive titles like hit sitcoms The Office and Parks and Recreation.

A limited series based on a Hollywood Reporter article about a mysterious woman that frequented several billboards in Los Angeles. Mr. Robot creator Sam Esmail will be an Executive Producer alongside his wife Emmy Rossum, of Shameless fame, who will also produce and star as Angelyne.

You might have heard of Aldous Huxley’s classic novel Brave New World. This series is based on that novel, which takes place in a futuristic dystopian world where genetic modifications and psychological manipulation run rampant.

Set in London, The Capture begins with the arrest of an ex-soldier and the conspiracy he finds himself in after video evidence surrounding his capture is manipulated.

Code 404 follows the top crime-fighting duo at a special investigations unit after one half of the duo is killed on the job, and then brought back to life via an experimental A.I. project. The title likely refers to error code 404, “not found”, which would lead one to think that the experiment goes wrong.

Dr. Death is based on a popular limited-series podcast of the same name centered around the real story of a surgeon who left his patients worse off than when they arrived. Jamie Dornan, of Fifty Shades of Grey fame, who also played a sociopath in the lesser-known The Fall, will star as the titular doctor, while Christian Slater and Alec Baldwin play two doctors who catch onto his misdeeds.

Five Bedrooms centers on a group of five people who solve a common problem they share by buying a house together, a solution that either becomes ingenious or crazy.

What happens when a 90’s one-hit-wonder girl-group gets brought back into the spotlight decades later? Girls5Eva tries to answer that question, with Tina Fey, writer of Mean Girls, serving as an Executive Producer of the show.

Hitmen follows two hitmen (as you might expect) who are best friends just trying to make ends meet. Little details are known at the moment, but signs are pointing to this being a show trying to re-create the tone, and fervor, of Bill Hader’s hit HBO series Barry.

David Schwimmer (Ross Geller on Friends) is back on TV! Schwimmer will play an employee within the UK government’s communications headquarter in a workplace comedy where the stakes are the country’s ability to fight cyber terrorism.

If you were one of the people who wanted a sequel to the movie based on the detective-comedy TV series Psych, congratulations are in order, because Psych 2: Lassie Come Home is exactly that.

A reboot of the 1980’s series Punky Brewster, the series now follows the titular Punky, who’s now a single mother.

The Rutherford Falls in Rutherford Falls is actually not a place, but a man, Nathan Rutherford, played by The Office‘s Ed Helms, as he takes a proverbial fall in his life. Helms also serves as a co-creator of the show, alongside Mike Schur, creator of Parks and Recreation and The Good Place.

Saved By The Bell

Another reboot of a popular TV series of days past, Saved By The Bell picks up after school closures lead to Bayside High getting a new wave of students from low-income schools that gives the school’s existing population a dose of reality.

Peacock will become the exclusive streaming home of the following shows:

According to the Hollywood Reporter, “previously announced library titles also available in 2020/2021 on a non-exclusive basis (until other streaming deals expire)” include:

A variety of movies will also be made available on the platform, including but not limited to:

Peacock subscribers will also get early-access to The Tonight Show Starring Jimmy Fallon and Late Night With Seth Meyers a few hours before they air.

All-in-all, Peacock looks like it has a lot of potential. The library may not be as large, in terms of pure quantity, to Disney Plus, but the variety will likely be appealing to many. (As opposed to Apple TV+.)

NBC has not discuss new details for the streaming service as it relates to international markets, but Peacock is expected to be available in markets like Canada at a later date.

There’s one thing this particular writer still can’t over, though: They really named the thing Peacock.

If you liked this article, you’ll probably like our Entertainment section!