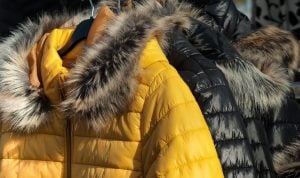 Canada just celebrated it’s 150th birthday this past year, and as its land grows older, so does its name. Do you ever wonder about the history behind the naming of our province? 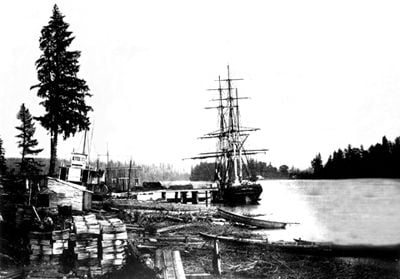 Contrary to what Eastern Canadians might say, “BC” doesn’t stand for “Bring Cash.” The actual origin of the naming of British Columbia comes from Queen Victoria back in the 1800’s, when the land became the sixth province to join the confederation on July 20th, 1871. After the unification, Queen Victoria proclaimed that the land was to be named British Columbia. ‘Columbia’ already existed, and the British added ‘Britain’ in front of into implement their status.

The name ‘Columbia’ existed for the region since the 1730’s, derived from the Columbia River that runs through the Rockies. American sailer Robert Gray was the first to explore this river and its region, and named it after his ship, the Columbia Rediviva.

There was a bit of a challenge when it came to the name ‘Columbia’, as it referred to the fur trading region in the Pacific Northwest. Initially, it was jointly owned by both the United States and Britain, In June of 1846, the Oregon Treaty was formed, and the United States and Britain used the 49th parallel of latitude as the international boundary. It divided up the land from the Rockies up until the middle of the channel between Vancouver Island and the mainland. Columbia ended up on the US side of the Pacific Northwest.

RELATED: How Vancouver’s Iconic Mountains Got Their Names

The British had initially taken an interest in Canadian land because of its fur trading elements — there was a large demand for beaver fur. After two Frenchman failed to gain the interest of their people regarding the fur trade industry, they arrived in England and attempted to convince of Prince Rupert, who in turn ended up persuading the king to support the idea. 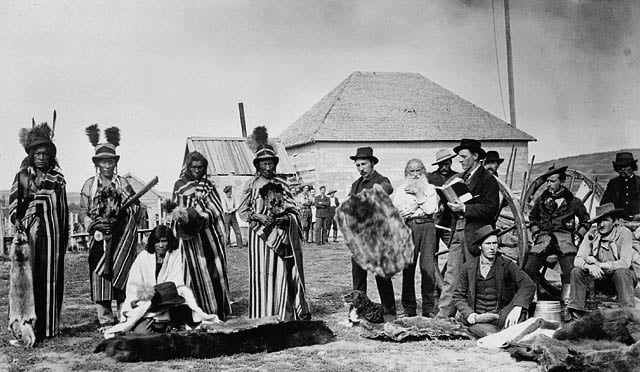 The British set off in their ships in 1668 and reached the Hudson’s Bay area in September of the same year. The Hudson Bay Trading Company was established, attracting more settlers and giving the British more initiative to colonize. They eventually made their way to what is now known as British Columbia, being the last part of North America that they explored.

Before the British colonized what was to become Canada, First Nations inhabitants had been living there for over 10,000 years. The colonists believed that they could make better use of the land, and decided to claim it as their own.

There was one thing stopping the colonization from happening: the Indigenous People. So, British colonists relocated the Native Americans onto reserves — which still exist to this day — in order to make full use of the land and ‘civilize’ the Indians. By the 1930’s, there were over 1500 reserves and counting, in an attempt to create segregation and establish dominance in the fur trade industry. They established dominance in fur trade industry during the first half of the 19th century. 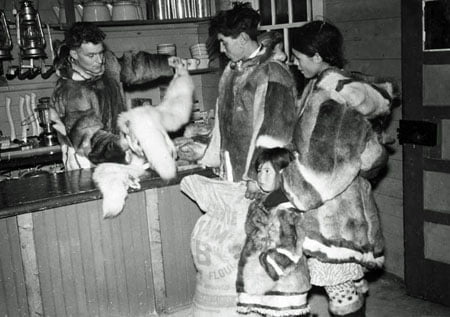 In 1849, the Hudson’s Bay Company authorized James Douglas, chief of the company, to state that the Native Americans only had access to land and houses that they built when the British came to rule in 1846. In addition, every other piece of land had to be surrendered and used for colonization. By 1881, the non-indigenous population was at 24,000, whereas the approximation of Indigenous people living in the area at the time still beat them out at 25,000.

The British government had thought about what would happen if the Native Americans tried to claim their land. In B.C. papers that were later found that were to do with ‘The Question of Indian Land’, it reiterated that:

“In the case of the Indians of Vancouver Island and British Columbia, Her Majesty’s Government earnestly wish that when the advancing requirements of colonization press upon lands of members of that race, measures of liberty and justice may be adopted for compensating for the surrender of the territory which they have been taught to regard as their own.”

Which leads us to the controversial question that people are discussing today: is it time to rename British Columbia? Or should we move forward towards a better future and forget the past?