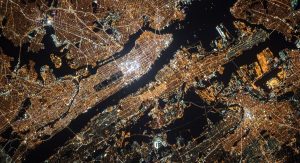 Much of it is not intentional, and it’s not just non-experts and random people online that’s doing it. As The Atlantic pointed out last week, even a Harvard-affiliated Public Health researcher named Eric-Feigl-Ding accidentally contributed to it.

The incident involved one of the key concepts of epidemiology: the R0, pronounced “r-nought.” The R0 is a number that captures the average number of people a single infected person will infect. SARS had an R0 between 2 and 5, meaning that each person who has contracted SARS will likely infect 2 to 5 people, on average.

(Part of the reason why R0 is often a number-range is that it’s an average, a number that can vary from location to location. The R0 for this coronavirus is going to be, on average, higher in Wuhan, the epicenter, than it is here in Canada.)

As of this moment, the R0 of this Wuhan Coronavirus, officially named “2019-nCoV”, is still something scientists are trying to pin down, but most reports have put the number within a similar range.

Feigl-Ding, the aforementioned researcher, read one research study that had the R0 at 3.8, and tweeted out “HOLY MOTHER OF GOD—the new coronavirus is a 3.8!!!” He also added, according to The Atlantic, that the 2019-nCoV was eight times as infectious as SARS.

This latest coronavirus is not eight times as infectious as SARS.

Unfortunately, however, his Twitter thread went viral. Feigl-Ding did later correct his errors (and has since deleted the thread), but by then the toothpaste was out of the tube. Twitter is not a place for nuance, as they say.

SARS has an R0 somewhere between 2 and 5. Even if the 3.8 that one study landed on was accurate (it was not peer-reviewed), it would put the coronavirus on par with SARS, not worse, and certainly not eight times worse. It’s also very important to note that R0 speaks to a virus’ infectiousness, not its severity. Measles has an R0 higher than 10, as a reference.

According to the New York Times, the death toll has surpassed that of SARS, as of this weekend. However, more deaths does not mean this coronavirus is more dangerous than SARS. Things such as delayed treatment and improper quarantine can result in a less deadly virus killing more people.

The Times also noted that “the number of people who have recovered nationwide has also risen in recent days, suggesting that the new virus’s fatality rate is relatively low.” The genome structure of the virus has also already been publicized, significantly faster than it did with SARS. CNN reported that scientists are already working on developing a vaccine.

None of this is to say that you should not be concerned and take precautionary measures. You should. A certain level of fear is healthy, but also try not to let fear take over. Counter that fear by educating yourself on the basic science of epidemiology.

Fear can make people do a lot of things they wouldn’t normally do. It has a tendency to bring out the worse parts of people, such as their racial biases. When fear takes over society, social order crumbles.

Yes, the virus is spreading, but nothing spreads like fear.