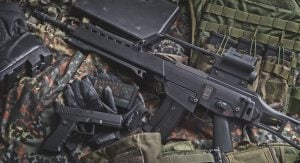 Gun control has been a historically hot-button political topic in the U.S., but it’s become a political issue up here in Vancouver, too.

In an appearance on CBC‘s As It Happens, Vancouver Mayor Kennedy Stewart showed support for Trudeau’s gun control proposal, both on the federal and local level.

“Handguns have no place in our city and I think a ban on handguns would give us a tool to make it a safer place. So when I heard that this was surfacing as an issue in the federal election, I thought I just wanted to voice my support for moving toward this”, Mayor Stewart told CBC.

Stewart added that while handguns may be needed out in the woods, they do not have a place in urban cities.

“If everybody knew there were no handguns in cities, then I think people would feel a lot safer and then, you know, you’d reduce the overall violent crime rate”, Stewart added.

Stewart’s comments came in the same week that saw 3 shootings take place within a 15-hour period in the Downtown Eastside.

While gun control is less controversial in Canada compared to the U.S., not everyone is behind the idea. Some argue that gun control laws would accomplish little, since guns used in shootings are often illegally acquired, from places like the U.S..

As election season continues, expect each of the parties to address the topic. (Don’t be shocked to hear the Canadian Nationalist Party address it.)