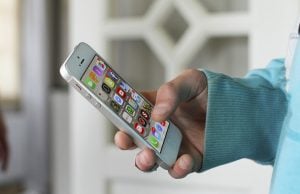 A Vancouver woman has been ordered to pay her ex-boyfriend $200,000, following a lawsuit for online defamation.

It follows a hearing in B.C. Supreme Court, where Brandon Rook sued his ex-girlfriend for the many posts defaming him online.

She said Rook had a sexually transmitted disease, cheated, failed at business and was an alcoholic.

The posts began a month after their breakup, in which the two had an on-off-again relationship from 2015 to mid-2016.

B.C. Supreme Court Justice Elliot Myers wrote in the ruling that Halcrow’s behaviour was “as relentless as it was extensive.”

“I also conclude that she was motivated by malice,” he wrote.

However, Halcrow claimed in court that she did not write the posts and said her friends could have done it, using her wifi. But she did not provide evidence to back that up.

The posts came from Instagram as well as through websites, The Dirty, STD Carriers Database and STD registry.

“The courts have recognized that the internet can be used as an exceedingly effective tool to harm reputations. This is one such case,” wrote Myers.