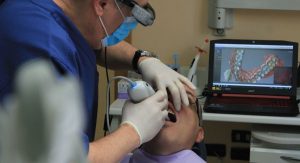 A local dentist has lost his license and been fined $100,000 after the College of Dental Surgeons of BC (CDSBC) found over 70 instances of misconduct.

The dentist in question is Dr. Bin Xu, who practiced in Richmond, out of a clinic on Park Road.

Xu was found to have committed professional misconduct upwards of 70 times within a 3-year span, most of which consisted of charging for work he didn’t perform or performed at a substandard level.

According to a public notice posted by the CDSBC, “a disciplinary citation was issued in September 2018 based on investigations by the College into complaints from 12 former patients of Dr. Xu.”

The notice posted by the CDSBC also noted that Dr. Xu “took advantage of elderly and vulnerable patients.”

According to CBC News, Dr. Xu has not been heard from since 2017, when he voluntarily withdrew from practice ahead of the impending investigation.

Reviews posted on Rate MD’s for Dr. Xu, many of which were from 2016 and 2017, were uncomplimentary and complaint-filled.

“He did a wrong treatment for my daughter. He has pulled off two teeth that he should not have pulled. Very disappointed. Does not reply me if I have questions”, one reviewer said.

“He took my money but never got the work done and I could never got a [hold] of him. There are many of his patients having the same experience. You CANNOT believe in a single word from him”, read another.