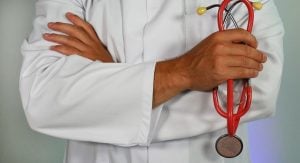 A B.C. doctor accused by three women of misconduct during breast examinations is set to retire, without discipline.

Because the case is not resulting in discipline, the College of Physicians and Surgeons of B.C. cannot disclose the doctor’s name, per B.C. privacy law.

One of his accusers is fighting this, arguing that the public is entitled to know the identify of this doctor.

The woman, who is unnamed in the official B.C.’s Health Professions Review Board decision, claims the doctor sexually-assaulted her during a breast exam on June 25, 2012, which was spurred by a lump on her breast.

According to the complaint, she claims the doctor made her lie on her back, used two fingers to examine her breasts, and then proceeded to massage them, while standing unusually close to her.

Describing the events, the woman claims:

“I could feel his penis in erection, just above my elbow. Uncomfortably, I brought my arms as close as possible to my body. I was horrified. There was something very wrong with this exam. I felt incapable to move, vulnerable and at his mercy. I felt violated.”

In a response to the accusations that was written on June 24, 2013, but not forwarded to the College by his counsel until August 12, 2013, the doctor claims that he had no recollection of the encounter.

The doctor claims that he saw the complainant just the one time, and that he recorded identifying chest wall inflammation rather than a breast lump, per his records.

Regarding the complainant’s description of the events, the doctor responded:

“I deny pressing my groin area intentionally into the patient’s arm, but I accept that there may be the possibility of incidental contact when examining a patient. I attempt to avoid such contact, but it is sometimes unavoidable.”

Prior to his response and during the initial investigation, the doctor announced he was closing his practice. He then subsequently spent half of 2012 and 2013 at an unknown location outside of B.C..

Two other women filed similar complaints against the doctor regarding their own breast exams. All three women, along with the doctor, worked in the same government health facility.

During an interview following the written-response, the doctor promised to, after he resumed practice, discuss and review his technique and proposed approach to future sensitive exams, as well as attend the College’s Boundary Course.

In the official decision, the review board noted that the college notified health authorities in Canada, the U.S., the U.K., and New Zealand that the doctor promised to never re-apply to practice medicine “in British Columbia or any other jurisdiction.”

The Panel Chair of the Health Professions Review Board, Marilyn Clark, concludes that the final consent agreement, one that would see the doctor retire without publishing the facts of the complaint, nor his identity, “ought to be sufficient to satisfy the Complainant” and “be sufficient to meet the College’s responsibility for protection of the public.”

For more B.C. news, stay tuned to our News section!