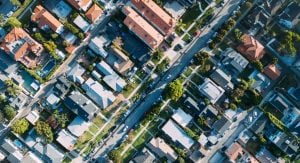 The City of Vancouver is facing multiple lawsuits centered on the empty home tax, but that isn’t stopping cities in the U.S. from wanting to implement a similar tax of their own.

According to a report by Bloomberg Tax, “City representatives in Honolulu, and San Diego, Los Angeles, and San Francisco all want to emulate Vancouver’s 1% tax on vacant homes.”

RELATED: Today In Interesting B.C. Law: The Law That Lets Judges Rewrite Your Last Will

All of these cities have showed strong interest in implementing such a task, with each of them at different stages. In San Diego, officials are conducting a study into their vacancy issue, while Honolulu is still in the proposition phase.

The intention of the Vacancy Tax, according to the City of Vancouver, is to:

The City of Vancouver claims that, as of February 2019, there has been a 15% reduction in the number of vacant homes, which is what has caught the eye of American cities with similar housing dynamics.

A byproduct of this tax, as alluded to previously, is homeowners who are displeased with the tax and are deciding to fight it in court.

Several lawsuits have been filed just in the last few weeks, according to Global News. Most of the lawsuits are focusing on whether or not a particular property should have been subjected to the tax, particularly as it relates to homes under development.

Regardless, cities are hoping that the benefits will outweigh the troubles.

For more Vancouver news and updates, check out our News section!