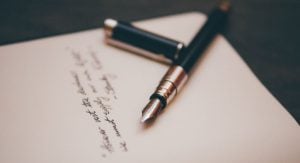 Every town, city, province, and country has its own quirky laws.

One of British Columbia’s that has recently gotten some attention: Under certain circumstances, judges can re-write a person’s last will, even after they’ve passed away.

Detailed under Part 4, Division 6 of the Wills, Estates, and Succession Act, which was passed in 2009:

Translation: If a judge decides that a will is unfair, the judge has the legal power to re-write it in a way that makes it fair.

The intention behind it is to provide a possible remedy to a situation where a will is irrationally unfair, or discriminatory, to a spouse or child.

While those are good intentions, it remains to be seen whether or not this power could potentially be mis-used in cases where the discriminatory reasons are not as clear-cut.

One such case where the benefits of this was shown occurred just this month, involving the Litt family, an Indian family who owned a series of farms in Richmond and the Fraser Valley.

According to Wally Oppal, B.C.’s attorney general from 2005 to 2009, when their parents passed away, the four Litt sisters were set to inherit 7% of the $9 million estate, while their two brothers were to inherit the remaining 93%.

The sisters decided to take their brothers to court to challenge the will, arguing that, according to CBC, “it was discriminatory — valuing the brothers more highly because they are men, even though the sisters helped build the family’s farm estate in B.C. and cared for their ailing parents before they died.”

The sisters were not looking for anything other than a fair share to an estate they helped build, and the existence of this law allowed them to do so.