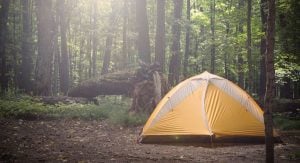 The Squamish City Council voted in favour of a new bylaw earlier this week.

The bylaw hoped to reduce, if not eliminate, camping in public spaces.

What sparked this new bylaw was an increase in garbage being left behind by campers and animal endangerment.

As Squamish Mayor Karen Elliot told CTV News, “There’s people that don’t know how to do zero-trace camping and they are definitely having an impact, they’re creating neighbour conflicts.”

“Zero-trace camping” refers to “Leave No Trace”, a set of outdoor principals with the goal of environmental conservation. The 7 principals are:

A 2018 film by Debra Granik, titled Leave No Trace, centered on a father-daughter duo who are homeless and living in the public parks of the Pacific Northwest. Their lives are then uprooted when they’re forced to leave.

Similarly to the film, some Squamish residents were concerned that they would be unintentionally affected, as the new bylaw would make it even more difficult for people who have already fallen on hard times.

“If this law comes into effect then they would come down hard and people like me living in cars, we simply won’t be able to do it. We’ll be out of luck”, one man, who currently lives in his car after losing his house last year, told CTV.

However, following further deliberations and uproar from van-life advocates, such as the Vehicle Residents of Squamish Advocacy Group, the Squamish City Council has reduced the previously-proposed full-ban to a ban only in certain areas.

You can learn about the Leave No Trace principals of outdoor ethics here.

For more local updates and news, stay tuned to our News section!