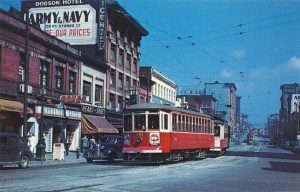 Vancouver is often labelled as one of the best cities in the world, or one with the highest quality of living. But what doesn’t get talked about as much is the city’s dark secret: the Downtown Eastside.

It’s a common stereotype that East Hastings street in Vancouver is filled with narcotics and homelessness, but how did it come to be like that?

While Downtown Eastside technically refers to all of Chinatown, Gastown, Strathcona, and east of the main business district in the downtown area, it’s usually referred to as the stretch of land that goes about 10 blocks, East Hastings onwards.

It was Vancouver’s first urban area, holding some of the most important buildings to this day, including City Hall and what we now know as the Carnegie Centre. The Downtown Eastside was originally the central hub for everything cultural and political – the sawmills that were in Gastown helped build a commercial sector.

There were banks, theatres, head offices, and hotels, and more. One of the more noteworthy buildings was Woodward’s, the iconic department store.

During the initial settlers arrival and during the Depression, there was a large immigration influx from China and Japan, creating a ‘Japantown’ in the Eastside.

According to an article from the Vancouver Sun, Japantown was often referred to as Little Tokyo. There was still a lot of racism going on within the area, with the early 1900’s breaking out in Anti-Asian riots.

“The police on the scene were utterly unable to cope with the mass of struggling, cursing, shouting (rioters who) surged back and forth under the glare of the street arc lights.”

At the time, Downtown Eastside was known as ‘Skid Row’, another name for an impoverished area – making it affordable for anyone to live. In addition to being the cultural and entertainment hub, it also harboured a multitude of brothels and bars.

Due to the Japanese internment camps that the Canadian government enforced during World War II, a majority of the Japanese population were forced out of the area.

The Development Of Downtown Eastside 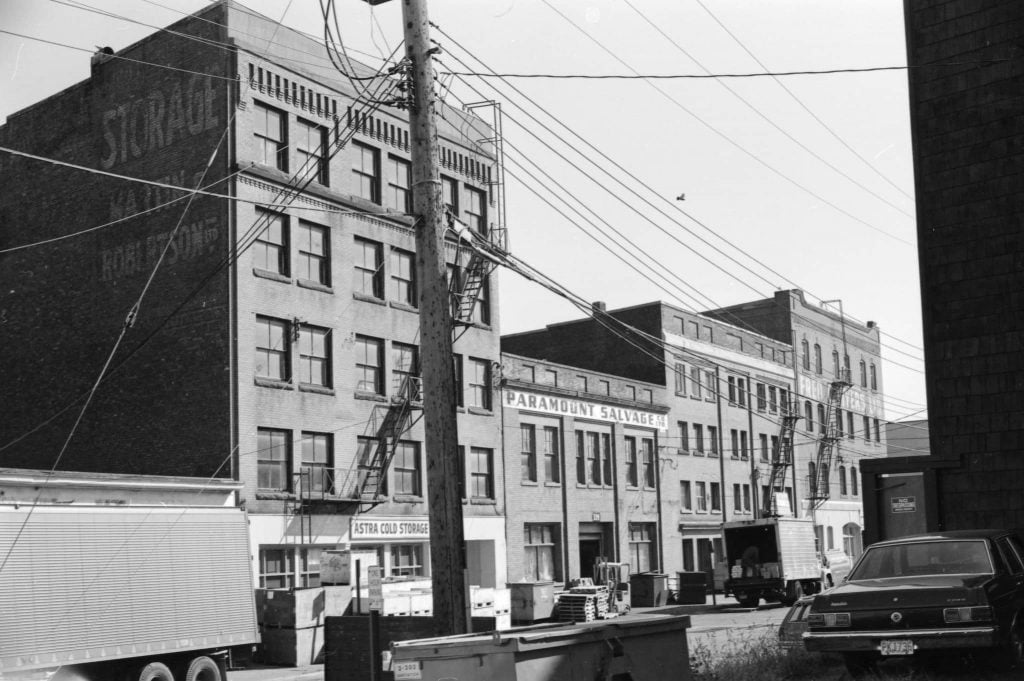 Business shifted Westwards towards Granville and Coal Harbour after World War II, especially after the Electric Railway shut down. Its main stop was at the corner of Carrall and Hastings.

Not only that, but the construction of the courthouse in 1906 on Georgia Street was a giant factor in the shift in business. The library, one of the well-known buildings in the area, was moved to the corner of Burrard and Robson, and offices started following suit.

There was still an abundance of people in the Downtown Eastside, but over time, the Eastside started  to decline. More and more people started arriving in the area due to the affordable, low-income housing.

While still relatively stable, the 1980’s were what really caused the East Hastings area to start deteriorating.

Expo 86 was one of the most monumental events to happen in Vancouver, which was when the gentrification of Downtown Eastside began. An influx of tourists meant eviction of locals living in the Downtown Eastside residential hotels, to make room for possible business.

An article from CBC cited that “probably from February 1986 through March and in the beginning of April – that’s when 800 to 1,000 evictions happened, and they happened very fast.”

High tourist traffic meant that it was the optimum time for drug traffic. Dealers were producing cocaine and heroine faster than ever, which meant a higher intake from users. And, the police focused on trying to catch the dealers instead of of users.

Not only that, but the de-institutionization of psychiatric hospitals from lack of public funding in the 1970’s forced them out of their living quarters and into the Downtown Eastside, which contained an abundance of low-income housing.

“It was just chaotic. People would come in and say, ‘I’ve been told I have to get out of my place. I’m not sure where I should go. Where should I sleep tonight?'”

The drug problem worsened in the 90’s, with more and more cocaine appearing the Eastside midway through the 1990s.

The retail and entertainment hub was no longer, due to storefronts being shut down. Also, a lack of low-income housing being switched out for higher-end condominiums and hotels.

In 1993, the Woodward’s on Hastings Street went out of business. This caused a domino effect, resulting in multiple shopping fronts to close as well.

In 1997, a public health emergency was declared in the Downtown Eastside. The drug problem had grown worse than ever. HIV started to spread, needle-sharing became more prominent, and approximately 1000 people died of drug overdose. 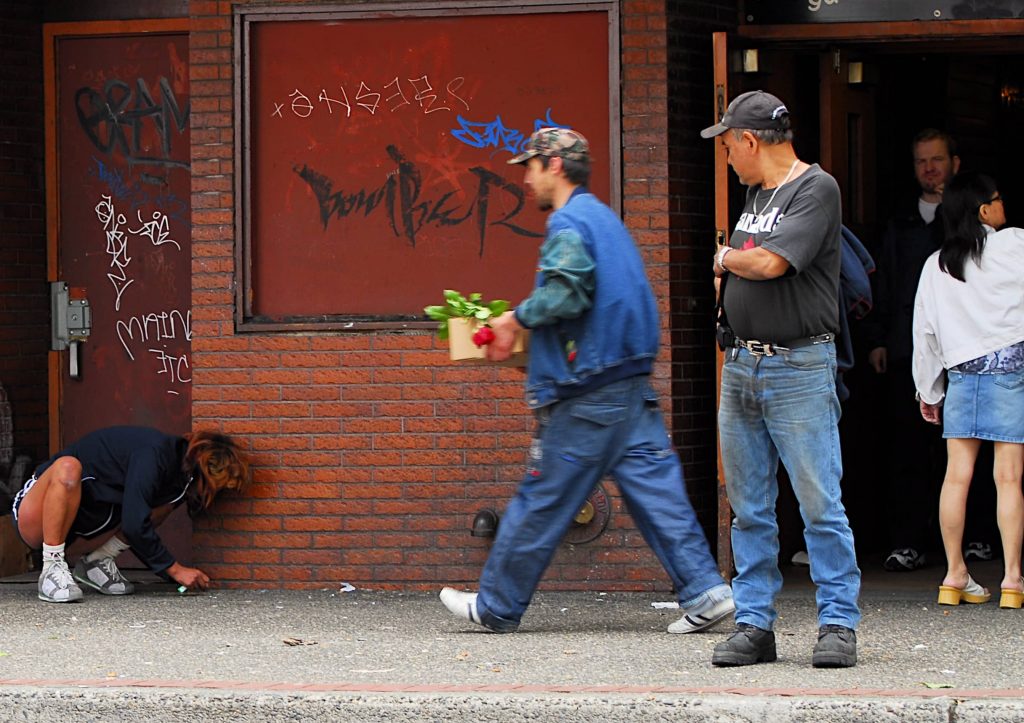 Today, the drug problem still exists in the Eastside.

There are several programs in effect right now to try and decrease drug usage; they hope to ensure that users are being safe about their products. According to a report, needles can hold upto 20 blood-borne diseases, including HIV and Hepatitis C.

For example, a program called InSite, got introduced to the Eastside. It’s a legal way to inject heroin. Nurses offer free, clean syringes with an in-house rehab centre for those who want to try and get clean.

Not only that, but there are several initiatives being put in place to try and revitalize the Downtown Eastside and increase a positive outlook towards the area.

The site where Woodward’s used to be has now been turned into a multi-complex space, used for market and non-market housing, the Simon Fraser University for Contemporary Arts, retail, and community space.