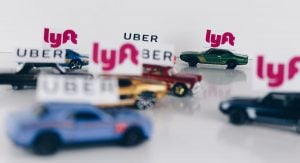 Count the Mayor of Surrey, Doug McCallum, as one person who isn’t happy that Uber is coming to Metro Vancouver.

The world’s largest ride-hailing company made the announcement earlier this week, less than a week before the British Columbia Transportation Board is set to begin accepting applications.

“My position has remained consistent for years: I do not support ride-hailing”, Mayor McCallum said in an official statement.

McCallum’s concern lies with the “unlevel playing field” he believes ride-hailing companies would create. He cities boundary-related limits, as well as fleet size restrictions, as reasons.

In a 2018 report to the Ministry of Transportation and Infrastructure about modernizing taxi regulation, Hara Associates Inc. allude to this boundary limit as one that:

Meanwhile, Uber, as well as Lyft, who also announced that they’ll be coming to Vancouver, will have no such boundary and fleet-size restrictions.

In the statement, Surrey Mayor McCallum said that he has sent a letter to B.C. Premier John Horgan, raising his concerns with Uber and Lyft, and it doesn’t seem like he’ll be backing down.

“[I] will continue to advocate for the taxi industry.”

For more local transportation news, check out our News section.