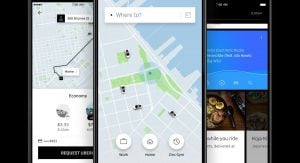 The announcement comes as September 3rd nears, the first day ride-hailing companies can apply to the British Columbia Transportation Board.

Both Uber and Lyft specified that their operations in the province will begin only in the Metro Vancouver region.

In a press release, Uber did not shut down the possibility of expanding operations to the rest of British Columbia. However, the company cited government regulations that “are not conducive to operations in smaller municipalities.”

Lyft expressed a similar position in their announcement.

Both companies are alluding to the Class 4 driver’s license that the province requires ride-hailing drivers to have. To successfully acquire a Class 4 license, drivers have to pass ICBC driving exams with higher scores, pass additional tests, as well as a doctor’s exam.

“There is currently no empirical data that demonstrates any safety benefit to requiring ridesharing drivers to hold a Class 4 licence compared to a Class 5 licence with strict screening for safe driving history,” Uber said in a statement.

The concern both Uber and Lyft, as well as other ride-hailing companies considering operating in the province, is that this barrier will reduce the amount of available drivers.

Uber’s head of Western Canada operations believes that the company will be in Metro Vancouver by the year’s-end holiday season.

In addition, a $0.30 pick-up and drop-off fee for every ride has also been approved. The City of Vancouver hopes that this will address “concerns about increase road congestion”, according to an official press release.