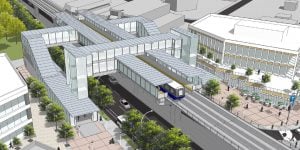 TransLink’s plan to extend the Expo Line along Fraser Highway from King George Station to Langley Centre has taken another step forward.

A new website has been launched by TransLink for the Surrey Langley SkyTrain project.

The website says that this new public transportation project will “transform Surrey and Langley into connected, complete and livable communities, making the cities and the region more vibrant, accessible, competitive and sustainable”.

RELATED: BC On Pace To Set a Electricity-Usage Record Amid Freezing Temperatures

The benefits of such a project are huge.

Decreased commute times is one of the biggest advantages of this extension. The SkyTrain extension will connect commuters travelling between Langley and Surrey as well as the broader region, providing commuters with a frequent, reliable and convenient mode of rapid transit.

The estimated travel time on the Surrey to Langley extension will be 22 minutes. TransLink expects the new SkyTrain extension will see 200,000 daily boardings by the year 2041.

Other benefits of the TransLink SkyTrain extension are:

The 17-kilometre stretch of SkyTrain will replace previous plans for the Surrey light rail transit (LRT) that was strongly opposed by Surrey’s new city council.

Immediately after being sworn into office, Surrey City Council convened a Regular Council meeting where a motion was introduced and passed to cancel the Surrey Newton Guildford LRT project and to begin work on extending the existing SkyTrain network in Surrey from King George Station to Langley City.

Back in October of last year, it was also reported that the federal government is willing to reallocate the $483.8M it has already committed to the LRT towards a new SkyTrain.