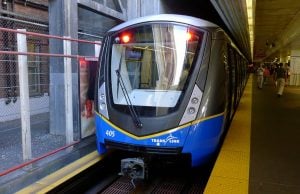 It looks like the Surrey LRT project is facing some serious opposition.

Supporting a SkyTrain extension would mean that the federal government is willing to reallocate the $483.8M it has already committed to LRT.

According to Safe Surrey Coalition, the proposed SkyTrain extension would run along the Fraser Highway.

The proposed LRT project is promoted to provide modern, street-level light rail transit along King George Boulevard and 104 Avenue. However, it would reduce road space for cars, among other notable issues.

It’s fair to assume many will back Doug McCallum’s decision, and he’s even received public support on the move from Vancouver’s Mayor-elect Kennedy Stewart.

On the contrary, Richmond Mayor Malcolm Brodie has publicly stated he will not support a SkyTrain line to Langley.