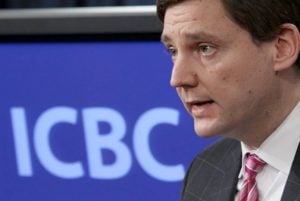 Unconstitutional. That’s how the Supreme Court of B.C. described a rule introduced by Attorney General David Eby that would save ICBC upwards of $400 million.

Eby first introduced the rule in February 2019. The rule puts a cap on the number of expert witnesses allowed in vehicle injury claims.

ICBC reportedly lost upwards of $860 million in a 9-month span due to high numbers of experts being used in claims.

ICBC found that an average of six experts were used across 1,200 injury claims valued at over $100,000 or more. Eby then introduced this rule to try to put a cap on the expenses this creates for ICBC.

Rule To Save ICBC Money Scrapped

In an official ruling released on Thursday, October 24th, the Supreme Court decided that the rule, officially named Rule 11-8, was “unconstitutional in that they […inhibit] the power of the Supreme Court of British Columbia to control its process and by denying access to the court to litigants.”

The ruling stemmed from a case involving Greg Crowder, who suffered severe injuries after a fuel-tanker slammed into his vehicle.

Crowder told CBC News that the court’s ruling will give them a fair trial for their claim, as well as the peace of mind that brings.

When asked about the court’s decision, Attorney General David Eby said that “Why British Columbia couldn’t [limit it] to three is difficult to understand.”

This could ultimately be a net-negative, however. If ICBC won’t be able to decrease their expenses here, they might end up looking elsewhere.