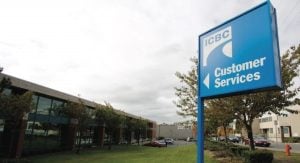 One single letter is preventing Nyoka Campbell from getting her British Columbia Identification Card (BCID) from ICBC.

According to the CBC, Campbell, 29-years-old, has been a Canadian for more than a decade since immigrating from Jamaica.

When she tried to apply for a BCID, ICBC rejected her application over a discrepancy with her middle initial.

Campbell presented her Canadian passport and her BC Services Card, the only two pieces of primary ID she has. Despite her Services Card not having a photo, that would normally be enough.

However, because her passport includes her middle initial, while her Services Card doesn’t, ICBC rejected her application.

And that discrepancy wasn’t even her fault.

“I didn’t choose the way my name was presented on the [services card], it was just generated by Health Insurance B.C.”, Campbell told the CBC.

Campbell’s Canadian citizenship card was stolen, along with her wallet, prior to her 2016 BCID application.

Citizenship cards are no longer issued by the government, so she was told to apply for a citizenship certificate, which ICBC would accept.

She can’t apply, however, because her passport has expired. Furthermore, she’s unable to renew her passport, because she doesn’t have the sufficient ID, like a BCID card.

Campbell, a single mother, told the CBC that she lives off of disability payments, making the option to pay to retrieve her documents unrealistic.

She says she presented ICBC with other documents confirming her identity, such as her SIN card and bank statements, but ICBC has not budged, which has frustrated her further.

“I feel like I am almost not a person because of the way they’ve treated me.”

For more local news, stay tuned to our News section.