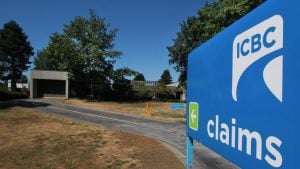 It looks like they have justifiable reason to do so.

New data released by the General Insurance Statistical Agency (GISA) show that not only do B.C. residents pay a very high premium for auto insurance, they also pay the highest premium in the nation.

The three provinces with the highest average annual premiums were:

That’s right. On average, British Columbians pay at least $300 more a year for auto insurance than Canadians in other province.

The annual premium for residents of Québec? $717, which is more than half as much as premiums in British Columbia.

Furthermore, making matters worse is that insurance premium costs are trending in the wrong direction.

According to CBC, auto insurance premiums in B.C. are only expected to increase further as a result of ICBC.

Aaron Sutherland, Vice President of the Insurance Bureau of Canada, was critical of ICBC and its monopoly in British Columbia.

“Under ICBC’s monopoly, British Columbians will again pay the highest auto insurance prices in Canada, with premiums now averaging $1,832 annually. While many important changes are underway in B.C., none are expected to begin to reduce the price most drivers are paying.”