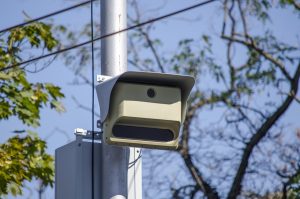 Starting today, July 29th, speed cameras will be added to 35 intersections across the Lower Mainland.

The Ministry of Public Safety says that five cameras will be activated on Monday and the remaining 30 will gradually be implemented by next spring.

The province will be installing new warning signs and activate technology to ticket the registered owners of vehicles entering these intersections well over the posted limit on a red, yellow or green light.

With these new speed cameras, flying through one of British Columbia’s highest-risk intersections soon will lead to an automated speeding ticket.

To further discourage high speeds at these 35 locations, the provincial government and the police will not share the speed threshold that will trigger the new cameras.

Below is a list of the intersections that’ll be equipped with speed cameras:

For more local news pertaining to your city, check out our Cities page!