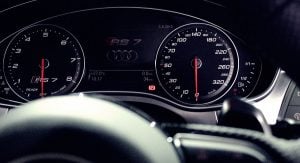 In an attempt to monitor driving behavior and improve road safety, ICBC is looking for approximately 7,000 drivers to install a smart-chip in their cars.

According to ICBC, the device will collect data on metrics such as speed, braking, and distance.

A UBC Sauder School of Business professor described the chip as being “a FitBit for cars.”

“This Techpilot project will enable us to better understand the role that technology can play in reducing crashes for inexperienced drivers,” ICBC CEO Nicolas Jimenez told Global News.

The device is made by Octo Telematics, a United Kingdom-based tech company that specializes in telematics for the automotive and insurance industry, and this $3.5 million project is part of a one-year pilot program called “Techpilot.

But what do you get out of it?

According to ICBC, as you continue driving with the chip installed, you will receive feedback on your driving, as well as opportunities for rewards, in the form of retail and/or restaurant gift-cards.

“The better your driving, the more rewards you’re eligible for”, says the ICBC.

ICBC says that insurance premiums will not be affected. However, it remains to be seen if there will be other penalties for drivers who, for example, are recorded speeding, or drivers who do not meet ICBC’s definition of good driving.

Many surveillance devices, both traditional and modern, rely on the concept of the Panopticon to regulate behaviour. The basis of the concept is that if the subjects inhabit an environment where they feel like they’re being watched at all times, they are forced to self-regulate their behavior.

ICBC notes that all data collected as part of the Techpilot program will be used in accordance with the BC Freedom of Information and Protection of Privacy Act. ICBC also adds that driver names will not be used in studies, and geographic data will be deleted after several days.

For now, the program is only targeting inexperienced drivers who have either received their Class 7N driver’s license in the last four years, or have four years of overall driving experience. Participants will also need a smartphone with a data plan. Those interested can sign up here.