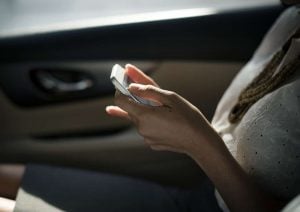 March was Distracted Driving Awareness Month in the province of British Columbia. As a result, police stepped up their distracted driving enforcement throughout Metro Vancouver in order to crack down on offenders.

In addition, March hails in the introduction of stiffer fines for those caught breaking the law. Specifically, a driver caught twice in a three year period will receive up to $2,000 in fines as well as points.

This makes the new fine a staggering $750 more than the previous one.

RELATED: 5 Surprising BC Traffic Tickets You Probably Didn’t Know About

Not only will repeat offenders incur this enormous fine, but additional offences could mean a revoked licence. They may not be able to drive for 3 months up to year.

The new rules came into effect on March 1st and police promptly stepped up their engagement. On March 2nd, for example, a woman was caught in Burnaby for driving with two cell phones on her lap. In the following two hours, Burnaby RCMP handed out 35 distracted driving tickets.

Distracted Driving in BC

“Distracted driving is responsible for more than 25% of all car crash fatalities and is the second leading cause of fatal collisions in BC. Every year, an average of 78 people die in fatal motor vehicle collisions in BC because the driver was distracted or not paying attention,” states a release from the RCMP.

The fines for distracted driving start at $368 and 4 penalty points. Owing this, a first offence is a minimum of $543. The costs go up even more with each subsequent offence. In addition, insurance costs may be affected.

“Currently about 12,000 people in B.C. have multiple distracted driving offences. The change will result in an extra $3 million to $5 million in additional premiums for the provincial insurance corporation,” reports CBC.

Distracted driving covers a multitude of behaviours that the government states are dangerous or irresponsible. For example, eating while driving, driving with a pet on your lap, or driving with two earbuds in all count as fineable offences.