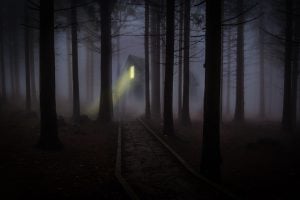 If Playland’s Fright Nights and dressing up in costume isn’t your idea of spooky—check out some of BC’s most haunted places that truly have a mysterious past.

Whether you want to check out one or two spots, or make an eerie road trip out of it—we’ve got you covered.

RELATED: The Story Of 5 Abandoned Ghost Towns In British Columbia 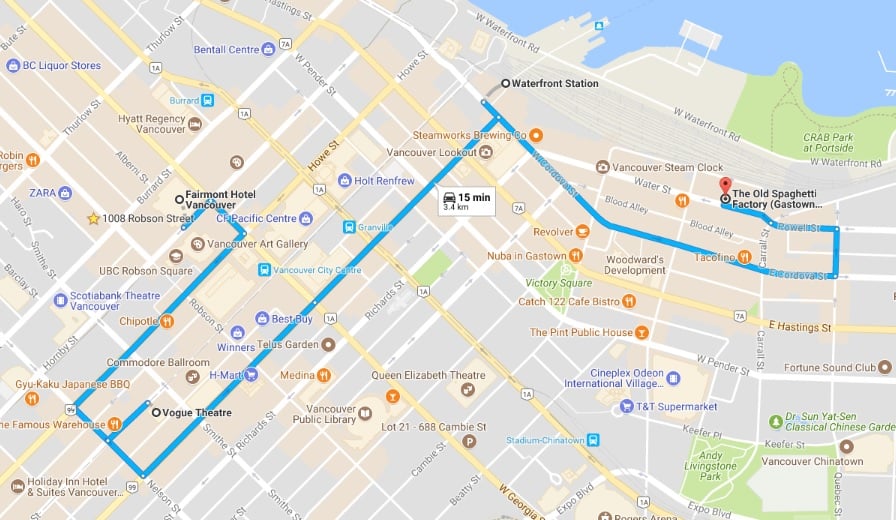 Start the journey off in Vancouver. Both downtown and the outskirts of the city have plenty of haunting places that’ll give you goosebumps.

The “Lady in Red” is one of Vancouver’s most well-known ghosts. According to the legend, she haunts the popular hotel on West Georgia to this day. Built in 1939, many have said they’ve seen her, usually on the 14th floor or ground floor lobby just roaming around. Ghosts of Vancouver states it all began when a Japanese family checked into the hotel and asked if it was double-booked after seeing the woman. Strange sounds and disembodied footsteps have also more recently been recorded by security cameras.

Built in 1941, it was mainly used as a movie theatre, but also housed theatric performances from time to time. Multiple staff members have had interactions with the ghost who lives there, a dark-haired man. He is said to wander on the stage, catwalks, projection booth as well as the basement hallway. It’s now known as the ‘haunted hallway’ because of his presence.

Often referred to as ‘the most haunted building in Vancouver.’ It’s believed that the busy transit hub is also home to a number of ghosts. Built in 1915, by the Canadian Pacific Railway—a number of ghost sightings have been spotted here. One of which includes a guard seeing a woman wearing a 1920s flapper dress and dancing alone in a corridor. When he approached her, the music stopped playing and she quickly vanished into thin air.

The Old Spaghetti Factory in Gastown

There have been multiple sightings of various ghosts in the historic restaurant. One of the stories is of the “little red man,” which refers to a red-headed boy who roams around and calls out the staff members by name. Another sighting was a young boy running around the restaurant—it spooked the waitress so much she ended up resigning immediately afterwards. The ghost was also seen bending cutlery but when it was brought to the manager’s attention, they mysteriously returned back to normal.

Take your travels outside of Vancouver to Coquitlam, Mission and Kamloops. 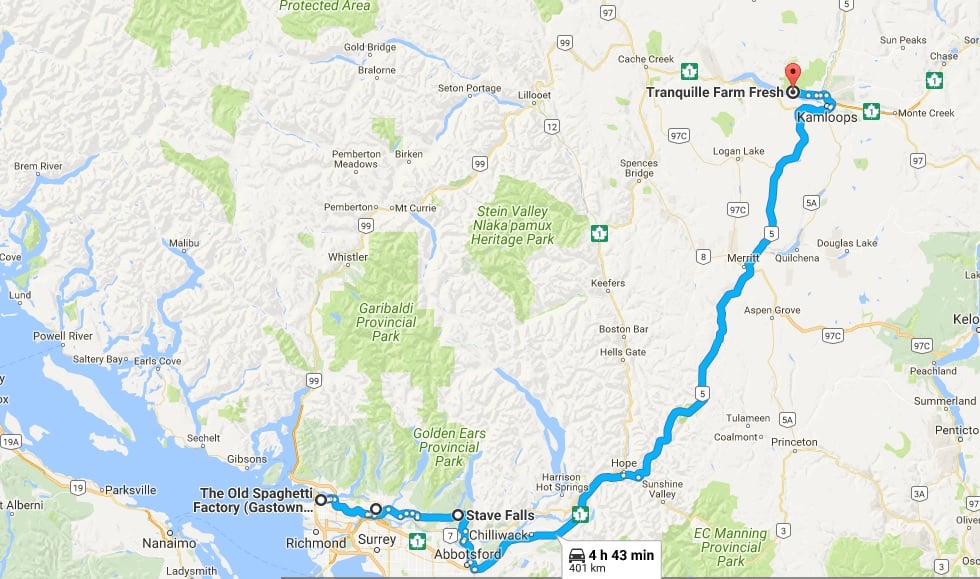 The former mental health institution has treated patients until 2010. Its most well-known building, the West Lawn Pavilion treated some of BC’s most disturbed patients. It has been abandoned since 1983. The psychiatric facility is easily one of BC’s most eerie places, even in the day time.

The Stave Falls Powerhouse in Mission

The Vancouver Paranormal Society claims this is one of the most haunted places in the Lower Mainland. There have been multiple reports of strange activity here, occasionally including chairs moving on their own, whispers, shadows, a dog barking and more. The powerhouse first opened in 1912 and then was decommissioned in 2000. It was later turned into an information centre for tourists to learn about hydroelectric power.

Going back to the early 1900s this is where those suffering with tuberculosis were treated. Over 1500 died there as a result of the disease. MTV even highlighted it in their show “Fear.” Tim McLeod, the manager for the historic site says it’s not a place haunted by ghosts but it’s rather a place where its true history makes it unnerving and mysterious. 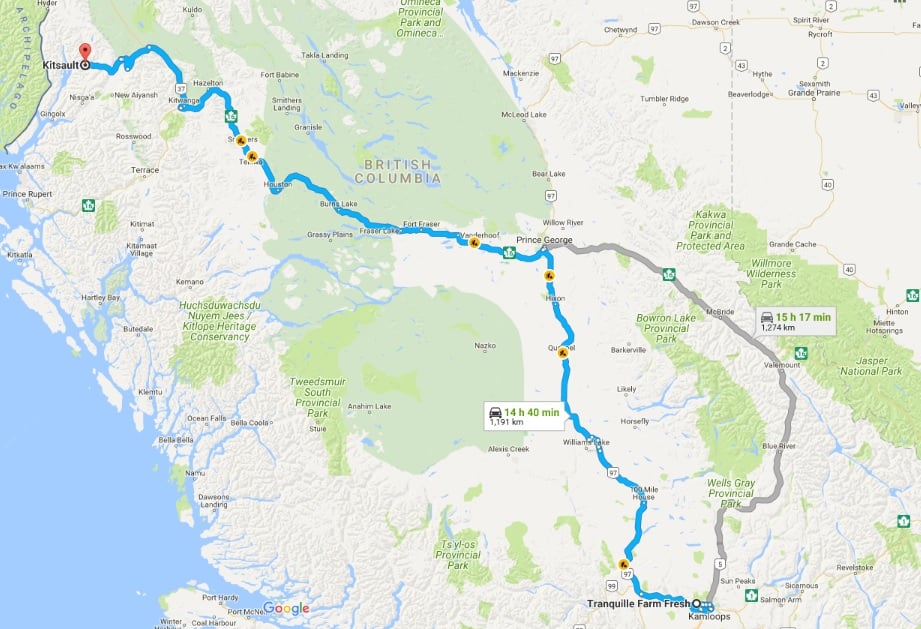 Continue your journey to the mysteriously intriguing ghost town of Kitsault.

Nothing is more haunting than wandering through an abandoned place. The ghost town of Kitsault is a small community surrounded by mines and mountains. While there are houses still standing, they’ve sat empty for over 30 years. The town can be found in northern BC, on the Alice Arm. 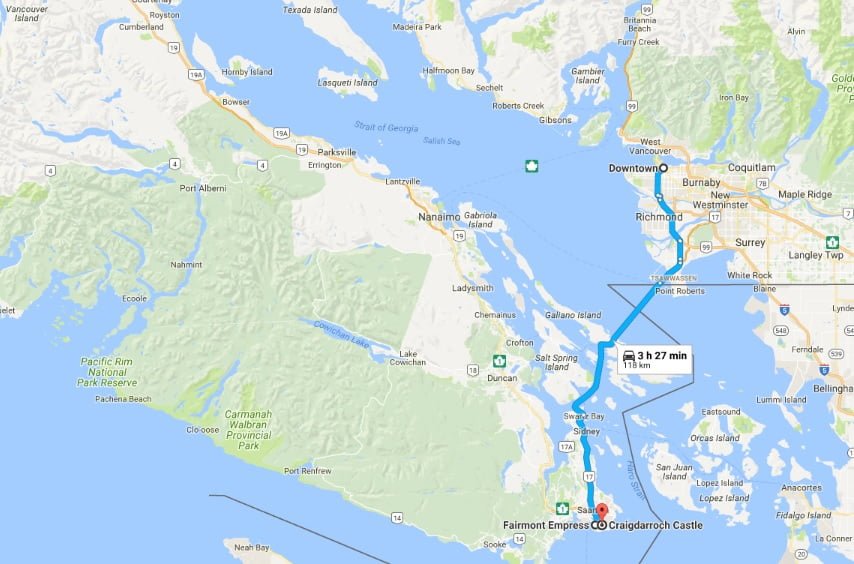 Most Haunted Places in Victoria, B.C.

Make your way back to Vancouver, and if you’re still feeling the urge to explore more of the province’s hauntings—hop on a ferry to Victoria.

The Fairmont Empress Hotel in Victoria


It’s one of the most popular and stunning hotels in Victoria. But it’s also known as being one of the most haunted. Visitors have reported seeing a variety of ghosts, including an elderly woman who knocks on doors and gets them to follow her to the elevator and then vanishes. There’s also a man’s spirit who is often seen wandering the halls who is thought to be the building’s architect.

Built in the late 1880s by coal baron Robert Dunsmuir. The castle’s visitors say there’s a lot of suspicious activity happening here. In addition, strange music has been heard and a woman’s feet running down the stairs have been seen running down the stairs. As a result, it’s a popular spot for tourists to visit with 39 rooms and over 20,000-square-feet of space to explore.

Where is the spookiest place you’ve visited in BC? Let us know in the comments below!